Foreign females on making it in corporate Japan

Many female executives who have built firms and their own careers overseas are frustrated that outdated and stereotypical images of what it takes to make one’s way in Japan’s corporate world are preventing a lot of very talented women from following in their footsteps here and being similarly successful.

And narrow thinking at head office is also harming firms’ efforts to expand their business in Japan.
“In the UK, I felt I had to be doubly good at my job because I am a woman, and could not afford to make any mistakes at all”, said Anne Good, founder of the Tokyo-based executive career and life coaching company Eureka! “I find there is still a sexist attitude in Britain regarding women in senior positions but, when a woman gets to Japan, those gender differences are gone because we’re foreigners first and foremost. 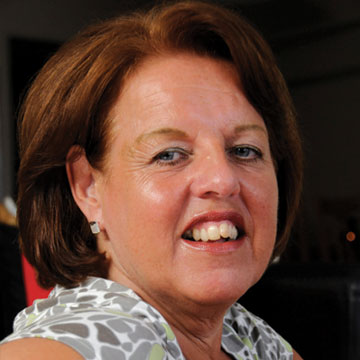 “And if you have come to Japan to work, I believe you already have the personality that is required to succeed in your business”.

But while that quintessentially Japanese approach to doing business is still going strong, it does not have to be so — although, interestingly, a number of male executives here are known to frequently bemoan the fact that they are expected to hit Roppongi as soon as the working day is done and then be back at their desks bright-eyed and bushy-tailed the next morning.

“The overwhelming attitude is that a foreign woman cannot be sent to Japan as an executive because she would be unacceptable”, said Victoria Bolam, representative director of Kepner-Tregoe Japan, LLC. “The perception is that Japan is a closed, male-dominated society in which executives are required to drink in strip clubs after work every night”.

The fact that she was six months pregnant with her son when she took the job at Kepner-Tregoe shows that the firm was willing to take its own advice in terms of making the right decision about the person who was best suited for the job. It may have taken a little while to convince other people within the organisation, she admits, but two years down the line that is no longer an issue.
“In my experience, there are no differences if you’re a man or a woman, as we’re primarily just foreigners”, said Joanne Wilkinson, executive officer in Commercial Sales Operations for Dell APJ.
“I really think it is much tougher for Japanese women and, as firms here still promote based on age and gender, rather than on whether you are any good at your job, Japanese firms are much less likely to use female executives”.

Wilkinson, who grew up in Hull and arrived in Japan in 1992, has also shattered the stereotype that women are going to walk away from their careers as soon as they become mothers. She has had two children in two years and says juggling a very busy job with a home life just takes a bit of organisation. 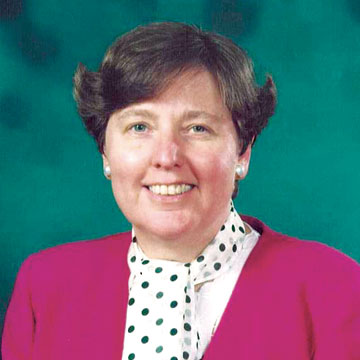 “What I find frustrating is that a lot of people don’t know their own potential”, she said. “When I was promoted, I received a note from a female Japanese member of our staff saying how great it was. I was surprised that these women are seeking a role model for the things they want to do”.
That is arguably a case of Japanese social expectations holding a woman back, but why are personnel managers back home still reluctant to send female executives to Japan?

Elizabeth Handover, founder and president of Intrapersona K.K., a corporate learning and development company, says the word “resilience” resonates with her when she considers a woman’s place in the Japanese business world.

“We need the ability to be bullish when we have to be, yet more like the willow tree and bend to the situation”, she said. “If we present ourselves in the typical image of a fierce go-getter, we will hit a wall pretty quickly in this country”.

Some believe it is a “massive leap of faith” on the part of many Japanese when they accept a foreign boss in Japan, and the gender issue is secondary.

Inevitably, there are clashes: older men may not be used to taking orders from a woman, and staff in general may react badly to a new boss who fails to listen to their advice or concerns. While a male executive is more likely to adopt an attitude of “my way or no way”, Good believes most women have skills that are more holistic than those of men: an approach that is less confrontational with more positive results.

“Another advantage I have dis-covered is that Japanese businessmen are constantly meeting other men — and then they meet me.

Because I’m different, they tend to remember me,” said Bolam.

“It just goes to show that we should not focus on the negatives, but accentuate what a woman can bring to a business here”.

It also helps that there has been a visible shift in attitudes towards women in general in Japanese society, said Alison Jambert, communications director of Eat creative k.k. When she first arrived in Japan 14 years ago, for example, there were some Japanese who could hardly bring themselves to talk to a female shacho, she said, but that is not the case today. 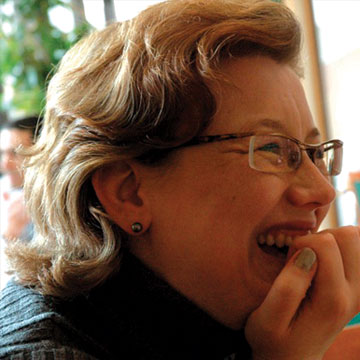 Foreign female executives here can make use of certain unique attributes that are in their favour, she believes, such as not being completely subject to all the rules and formality associated with doing business in Japan.

“You can get around situations if you are not fluent in Japanese, although that does change if you are fluent. You are then expected to adhere to the rules of business. But there are positives and negatives of being a foreign female executive in Japan that even themselves out”, she said. She added that it would almost certainly be the same for a woman who finds herself working in the male-dominated environment of the financial district of London, the City.

Charlotte Kennedy Takahashi, founder and president of human resources solutions firm Oak Associates K.K., concurs that if it is clear a foreign female knows what she is doing, then she will generally have the respect of the Japanese with whom she is working, but she senses a slippage in the presence of women in the workplace here in recent months.

Kennedy Takahashi says it is just “a gut feeling” that, since some industry sectors have come back, “there is more belief that men are better at solving problems than women, and boards are putting more men in charge again”. She goes on to explain that “there is a deterioration in the promotion of women perhaps because, for the last couple of years, there has not been any money for promoting and encouraging development among women here”.

But most of the women agreed that there is one important area in which foreign female executives are at a major disadvantage compared with their male counterparts and Japanese women. Finding a partner is much more difficult for a single woman in her 30s or 40s than it is for a man, leading to a sense of isolation. And that, unfortunately, is unlikely to change.

But that is not a matter that would impact a female executive’s ability to perform her job, the women point out.

Bolam, who is also the mother of a two-year-old son and set up her own business in Japan at the age of 22, over the past three years has organised the “Lonely at the Top” dinner events for senior executives. She says it is clear that, when such people come together and inevitably start talking about their work situations, gender is not an issue. Just as it would in the UK, talk revolves around transparency, understanding what is going on in the firm, motivating the staff, keeping an eye on the oppo-sition and getting the results that are wanted.

That still leaves the after-hours visits to strip clubs, though.

“I may not be able to socialise as much now that I have a toddler at home, but I’ve adapted and I organise business lunches instead”, said Bolam. “I get as much information out of a conversation over lunch as from talking with someone who is drunk in a bar — far more, in fact. It’s true that your staff might loosen up after a few drinks, but if you have created an atmosphere in the workplace that is open to free and frank exchanges, then drinking is not the only way to build relationships”.
The final word goes to a success-ful entrepreneur, who has been in business here for more than a decade. She declined to be interviewed for this article, saying: “It so annoys me that people assume women have problems in their business environment. I don’t and never have had”. The coveted Masters in Business Administration (MBA) is not a new qualification, but in recent years it has benefited greatly from being reinvented, enhanced and improved upon to make it arguably more relevant and important than ever for getting ahead in business. Put Your Trust in Escrow

Less than a decade ago, trust banks had a stranglehold on a business that is known in other countries as escrow, but was still rarely invoked in Japan. Changing business habits — not least the increase in cross-border M&As — and the government’s decision to ease the rules on firms permitted to provide escrow services have led to both a number of established firms adding the facility to their portfolios, and several specialist firms opening for business.