Less than a decade ago, trust banks had a stranglehold on a business that is known in other countries as escrow, but was still rarely invoked in Japan. Changing business habits — not least the increase in cross-border M&As — and the government’s decision to ease the rules on firms permitted to provide escrow services have led to both a number of established firms adding the facility to their portfolios, and several specialist firms opening for business. 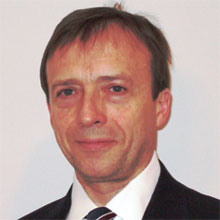 While there may not have been a sudden increase in demand for escrow providers, industry insiders say, businesspeople can at least be reassured that agents specialising in this area are now available in Japan.

In its most basic form, escrow is a system that enables the settlement of a transaction by involving a third party — an escrow agent — who temporarily holds funds on behalf of the buyer until the seller meets their requirements in the deal, according to Chiyu Abo, managing partner at the Tokyo office of Chuo Sogo Law Office.

“It is frequently used in real estate transactions in other countries, but in Japan it never really caught on”, he said. “Escrow services were not licensed before 2006 and the product didn’t really exist, so the use of escrow is very recent in this market”.

The benefit of the use of an intermediary in major business deals in other countries is that once the funds have been deposited with the escrow agent, that organisation is duty bound to release the money to the seller once all the requirements of the deal have been met, meaning that the buyer cannot change their mind at the last moment. Under Japanese law, however, an agency agreement can be terminated at any time.

One expert said that, in order to get around this option, in the past firms here have had to use trust banks located in Japan. The terms of the trust agreement would be that, even if the buyer wished to change his mind, the transaction would go ahead, making the system here very similar to escrow.

Escrow services were not licensed before 2006 and the product didn’t really exist, so the use of escrow is very recent in this market.

The problem, though, is that trust banks have held a monopoly on the business and their services are not cheap. On occasion, law firms have been asked by existing clients to act as an escrow agent, although many have been reluctant to do so because of the risk that transactions might involve disputes. 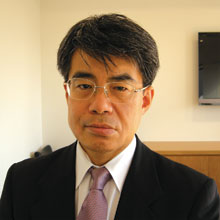 There are many advantages to having a regulated, efficient escrow system in Japan, says Adam Newhouse, an attorney with Chuo Sogo.

“One of the main reasons it is used is to mitigate the potential risks for the parties in merger and acquisition transactions and it can help the seller realise the full price for its business”, he said. “It also equalises the bargaining position of buyer and seller when funds are placed with an independent entity”.

Other advantages include the incentive for the seller to be more realistic in describing the future value of the company during the transfer process and both parties can have a sense of “comfort” over the transaction, Newhouse added.

But it is not only cash that can be placed in escrow awaiting transfer, he said, since stocks are also often exchanged in the same way, as are source codes when software licenses are being bought and sold.

In recent years, there has been an increase in the number of specialist firms starting business in Japan, as rules have been relaxed by the government, which is still debating how the industry should be regulated, whether new rules are required, and whether existing banking laws are sufficient to cover providers of escrow services.

Based in Yokohama, Japan Escrow and Trust Co., Ltd. was set up in February 2005 and began business in early 2007, specifically in the “kanrigata trust business”, accepting assets in trust and disposing of them by order of the seller.

One of the main reasons [escrow] is used is to mitigate the potential risks for the parties in merger and acquisition transactions and it can help the seller realise the full price for its business.

“Recently, small venture-capital firms and overseas enterprises have been growing fast and have needed to use escrow more than ever before, so firms like ours are expanding in line with that growth”, said spokesperson Mayumi Osugi.

The organisation emphasises that it is an independent trust firm, meaning there are no conflicts of interest in transactions, and it prides itself on acting in a fair manner as a third party.

Yet Osugi admits the hurdles to further growth in the industry are “quite high”. 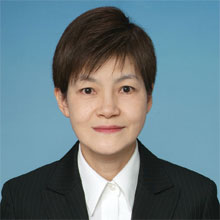 “Not enough people know how to make the most of escrow services yet and the word ‘trust’ gives Japanese people the image of trust banks and investment trusts, meaning it is difficult for them to understand precisely what we do”, she said. “If good customers using effective escrow services can prevail and get the attention of businesses and the public, then I believe demand will rise sharply”.

Mizuho Trust & Banking Co. Ltd. added escrow services to its line-up of services in 2005, according to spokesperson Nobutaka Nakazawa, since when it has seen an increase in public understanding of the product and, as a result, in the use of escrow services.

“We have a wide range of experience in this product and, as it can be used on various occasions, with the exact needs of customers variable, we are always ready to listen to customers’ demands”, Nakazawa said.

“We have had many requests for information from potential customers regarding escrow, such as companies that need to secure M&A transactions and other deals involving large amounts of money.

“Considering the recent increase in the level of understanding regarding credit risks, we believe there will be constant demand for these products”, he added. The coveted Masters in Business Administration (MBA) is not a new qualification, but in recent years it has benefited greatly from being reinvented, enhanced and improved upon to make it arguably more relevant and important than ever for getting ahead in business.

Many female executives who have built firms and their own careers overseas are frustrated that outdated and stereotypical images of what it takes to make one’s way in Japan’s corporate world are preventing a lot of very talented women from following in their footsteps here and being similarly successful.