A little over 70 years ago, Roy Welland and Taiji Urayama were trying to kill each other as British and Japanese forces clashed in Kohima in northeast India. Last month, at a reception held in the British Embassy Tokyo, these two veterans of one of the fiercest—but least known—battles of World War II shared tea and cake, and shook hands.

“It’s wonderful to be here in Japan”, said Welland, from Essex. “Everyone has been so friendly. And as for today’s meeting, well there are no words.

“It’s rather overwhelming”, the 94-year-old former sergeant in the Royal Berkshire Regiment added. “But this is why we do it. It’s about these simple moments which carry a lot of meaning”.

Welland also met Mikio Kinoshita, who served as a sergeant in the Japanese Railway Construction Army on the infamous Burma Railway.

The three men exchanged gifts to mark an event arranged by the UK Foreign & Commonwealth Office as part of efforts to foster reconciliation this year, which marks the 70th anniversary of the end of World War II.

Welland presented the two Japanese veterans with photos of the Battle of Kohima memorial, which stands on the site of some of the most savage fighting. In return, he received a specially made tie from Urayama and a traditional wooden doll made by Kinoshita’s daughter.

Welland was part of a special forces unit that saw action in Norway before his regiment was transferred to the Far East.

As late as 1944, Japanese forces were still advancing in South-East Asia and were planning to invade India through northern Burma. All that stood in their way were small and lightly armed British and Indian units that were given the task of defending the hill towns of Imphal and Kohima, and halting the Japanese advance.

In an interview in The Independent shortly before he travelled to Japan, Welland said that he has struggled with his memories of the battle, which raged from early April until late June 1944, and claimed the lives of at least 70 of his friends.

“I can bring it forward and I can push it to the back of my mind, but you never forget it”, he said. “I can’t explain why, but it was pretty rough and there was a lot of hand-to-hand fighting. Kohima was the worst.

“You were stepping over bodies all over the place, just lying around, and the smell alone made you feel sick”, he said. “We were told to hang on and let them charge at us, with these Japanese officers screaming their heads off like maniacs.

“We hated them, of course we did. But you’ve got to hate, because you couldn’t stick a bayonet in a man if you didn’t”, he added. “It’s either them or you”.

The British had 4,000 casualties at Kohima and a further 12,500 at Imphal. The victory—at great human cost—enabled the British to launch a new offensive to clear the Japanese from northern Burma and go on to conclude the war in South-East Asia.

Speaking at the reception, British Ambassador to Japan Tim Hitchens CMG LVO said the terrible losses on both sides must be remembered.

“When we talk about history and reconciliation, we can neither celebrate nor condemn the past”, he said. “We can only attempt to examine the human condition.

“This year is the 70th anniversary of the end of World War II and we remember the tremendous losses on both sides, but we also recognise the tremendous changes that have occurred since then.

“And although these men fought on different sides, they meet here in friendship”, he added.

Welland travelled to Japan for the first time last year, after meeting the daughter of a Japanese veteran at a meeting of the Burma Star Association in the UK.

This year, he attended the Remembrance Day Memorial Service on 11 November at the Commonwealth War Cemetery in Yokohama, and says he intends to return to build bridges with more Japanese veterans in the future.

“I want to keep doing things like this for a few more years, if I can”, he said, while adding that “it just keeps getting better”. 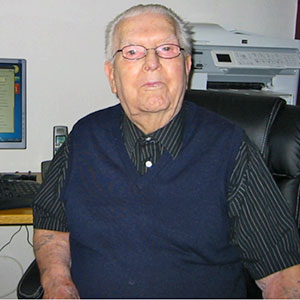 Campaign for those of less famous conflicts