The fine art of arbitration has been a formal part of the legal landscape since it was recognised by England’s Arbitration Act of 1697 — although this form of dispute settlement was in use long before then, notably by the ancient Egyptians and Greeks — and it has become an increasingly important part of doing business in a multi-national world. Today, centres of arbitration have sprung up in major cities around the world to reflect the demand for their services. 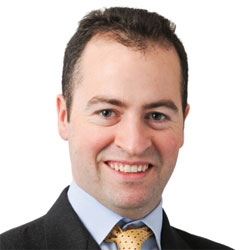 And while the city-state of Singapore and the special administrative region of Hong Kong have been quick to recognise the potential of arbitration and have set aside funds to create dedicated arbitration centres, in that respect Japan is lagging behind its Asian rivals.

“Japan is not well-known as a centre for arbitration,” said registered foreign attorney Mark Goodrich, a partner at White & Case LLP in Tokyo and a member of the Steering Committee of the Chartered Institute of Arbitrators Young Members Group. “Japanese firms are usually keen to settle their disputes and if they cannot be resolved by discussions, the courts are favoured, where judges also function as quasi-mediators and attempt to get the parties to settle”.

However, he said, arbitration has one major growth area—international contracts. “Most foreign parties are not keen on going to Japanese courts, especially given the requirement to translate everything into Japanese, even if all communications were in English”, said Goodrich, who has advised major Japanese and foreign clients on arbitrations conducted at the Japan Commercial Arbitration Association (JCAA) and leading international institutions.

Arbitration is now widely recognised as the best compromise for such international contracts, but skills in drafting arbitration clauses may still lag behind, he said. “A dispute may sometimes be unavoidable, but you certainly want to avoid an additional dispute about what the arbitration clause means”.

According to the JCAA, it handled 18 international cases in 2009, up from 12 the year before. The figures for 2010 are likely to be similar. In comparison, Singapore will deal with more than 100 cases over the same time frame.

“In Japan, domestic arbitration is rarely used as a means of settling disputes because the parties involved have great confidence in Japanese courts, while Japanese people in general are not litigious and prefer negotiations”, said Tatsuya Nakamura, general manager of the JCAA’s Arbitration Department and a professor of law at Tokyo’s Kokushikan University.

“The legal system and culture are different from those in other countries and seem to deter people from using arbitration”. 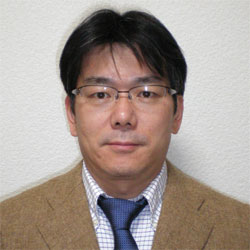 With English generally the language used in international disputes, Japan is losing out because it has produced so few experienced arbitrators fluent in English, he explained. In addition, the authorities in Singapore and Hong Kong have financially supported arbitration centres to attract users to their legal industry, while the final influencing factor is that a venue for arbitration is usually linked to the law governing international contracts, which again favours English-speaking jurisdictions, Nakamura said.

Combined, these factors mean that Japan is losing out in a growth industry.

In Japan, arbitration is often confused with mediation, but the two are very different beasts, according to Peter Godwin, head of dispute resolution at Herbert Smith in Tokyo. He believes a far more important influencing factor on the sector in Japan is the perception of neutrality, meaning that foreign firms are reluctant to arbitrate against a Japanese party here.

“The first confusion arises in Japan because I am told that the two words — arbitration and mediation — are often translated using the same kanji”, he said.

International mediation involves two parties in dispute who go to an independent, third party expert that helps them negotiate a solution. Importantly, the mediator has no legal power to impose a settlement. If no agreement can be reached, the next step is either the courts or arbitration.

An arbitrator, however, is a decision-maker who is empowered by contract to decide the case and impose a decision on the parties. Those two parties are required in advance to agree to abide by the judgement so — subject to limited exceptions that vary depending on the place of arbitration — the decision is final.

And as a number of recent cases have shown, the stakes are very high. For example, shareholders in the bankrupt Russian oil company Yukos — who claim their assets were expropriated by the Kremlin — are fighting the Russian government in front of a panel of three arbitrators at The Hague. At stake is a compensation claim for $100 billion.

The first confusion arises in Japan because I am told that the two words — arbitration and mediation — are often translated using the same kanji.

“One of the great strengths of arbitration as an alternative form of dispute resolution is that when the Chartered Institute of Arbitrators (CIArb) was established in Britain, it was set up by people who were not lawyers”, said BCCJ Executive Director Ian de Stains OBE, DipArb, FCI Arb, who is convener of the CIArb’s Japan Chapter.

The aim was to avoid court litigation, he emphasised, and while that may work in other jurisdictions, “The problem in Japan is that they have a rarefied view of the law”.

Inevitably, they have tried to make arbitration a preserve of lawyers — already in short supply here — and the entire point of the process is negated, he said.

“Japan has a bigger need for arbitration than it recognises”, added de Stains. “Typically, if you have an international contract between a Japanese firm and one from another country, then the Japanese party has to rely on the Tokyo District Court, which will take several years to even get a hearing and the trial will take a long time and be very expensive. 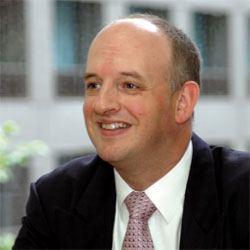 “On top of that, it will be carried out in open court and the firm’s competitors are free to sit in the public gallery and hear all the details of what is going on”.

Arbitration, meanwhile, is much faster, is conducted in complete confidence and costs less in terms of resources and money.

Herbert Smith’s Godwin believes that the enforcement of Tokyo judgements internationally is the key to the industry here, but fears that Japan has already lost too much ground to its rivals and will struggle to win back that business.

“Japanese firms’ traditional approach to disputes is to write a cheque and settle at almost any cost to avoid confrontation”, he said. “And that is fine when the economy is strong but unrealistic when recession strikes.

“Nevertheless, until Japanese firms have accumulated experience in arbitration, we will not get many cases coming to Japan”, he said.

“In Asia, firms will choose Hong Kong or Singapore, where they have just built a brand new arbitration centre; have many experienced and internationally recognised arbitrators; and have a strong track record. Japan is light years behind that.

“First, Japanese firms need to start to insist on arbitrating in Japan, but that requires them to have a strong negotiating position”, he added. “Thereafter, maybe — just maybe — firms will start to consider Japan a neutral venue for genuine international cases, meaning cases without a Japan connection. It is such cases which make Hong Kong and Singapore stand out as genuine arbitration centres”.

One of the biggest challenges to the change required is lawyers’ inexperience, distrust on the part of firms — often due to one bad experience — and, to a lesser extent, a lack of dedicated facilities where cases can be heard, he explained.

“This is a multi-million-dollar industry that Japan is missing out on”.

The JCAA’s Nakamura says it is doing what it can to catch up with other arbitration centres, through training and education programmes, but “breakthrough action is needed by the government, the legal profession and businesses”. Yet he remains optimistic.

“It seems there will be no substantial change in domestic arbitration, but international arbitration involving Japan is gradually growing among Japanese businesses”.