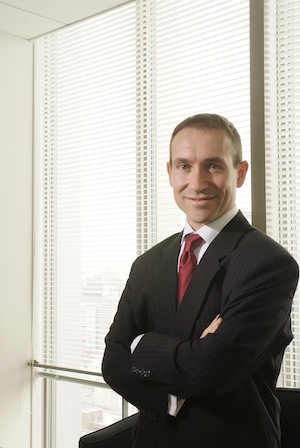 Japan’s shortage of specialists and lack of a lingua franca

Firms are on a war footing, fighting to attract the best talent in Japan. In an effort to globalise, many Japanese and foreign firms are aggressively pursuing the skilled, particularly industry-experienced, bilingual professionals who have a mindset amenable to global business.

Unfortunately, supply is not matching the rapidly expanding demand, since impediments characteristic of the Japanese labour market continue to stand in the way.

Many occupations preclude participation by even those foreign professionals considered most skilled in their field, due to an inability to use the Japanese language in a local-business environment, and the difficulty in acquiring professional qualifications in Japan as required to work in various areas of business.

Mounting specialist demand
Given the current economic climate, many believe that recruitment activities are winding down worldwide. But they are not.

In Japan, firms set on globalisation have recently been experiencing significant annual growth in the demand for specialised, bilingual professionals. This trend is expected to continue, given the increasing pressure to expand market share at home and abroad.

Japanese firms are increasingly venturing abroad to avoid the intense domestic competition. Overseas, they are boosting profits as a result of the strong yen and their decreased exports, while lower interest rates in Japan continue to make global investment enticing. A growing number of Japanese firms are also strengthening operations in emerging markets, such as those of South-East Asia.

Japan’s traditionally strong manufacturing sector, in particular, is focusing on hiring bilingual engineers and technical professionals able to work with Japanese professionals who are based either overseas or at the Japan headquarters.

New areas of business, such as the booming online and mobile industries, as well as traditional sectors such as healthcare, are attracting significant attention from overseas firms, and will continue to hire global talent to operate their businesses in Japan.

A matter of language
Although the use of English is increasingly being found in the Japanese workplace, fluency in Japanese is mandatory for anyone wishing to do business in Japan or work in a Japanese firm. This is unlike the situation in Singapore or Hong Kong, where English is a lingua franca of business.

In addition, the lack of English fluency among Japanese professionals means there is not even enough home-grown, bilingual talent to satisfy demand. By contrast, Singapore, India and Malaysia rank highest in Asia for business-English fluency; Japan is in 27th place, just ahead of Laos, Tajikistan and Cambodia.

Shortage of qualified professionals
Also constraining the availability of workers suitable for a global workplace is the difficulty in obtaining professional certification in Japan.

Compared with other industrialised nations, Japan lacks qualified professionals. For example, Australia has 54 chartered accountants per 10,000 population; the UK has 22; but Japan has only 1.6.

This lack of qualified professionals with English-language ability is key to the nation’s shallow pool of global talent.

The expected rise in demand, the ageing population and other issues, will continue to plague the labour market. But those who win the fight for talent should be better placed to succeed in global business.