Support from government, media and firms

Over the past few years, ikumen, those fathers engaged in raising their offspring, have become increasingly evident throughout Japan. There are television programmes and newspaper articles that regularly feature ikumen-related news, contests that honour ikumen of the year, and firms that have discovered ikumen as a new target group.

The spread of the term marks a general trend: Japanese men today are spending more time engaged in their children’s upbringing. Traditionally, this has been left entirely to mothers, while fathers have been the breadwinners.

But who can be considered an ikumen? Looking at the media, celebrities such as Brad Pitt and Will Smith have been declared ikumen on the cover of the magazine FQ Japan. The economic journal Nikkei Business described Prince William as an ikumen in its coverage of the royal baby in 2013.

While the media embraces ikumen, Japanese men report mixed feelings. In a 2012 survey of 1,618 families by advertising firm Asatsu-DK Inc., only about 17% of the fathers who responded said they would describe themselves as ikumen.

If one includes the fathers who said they could identify, to some degree, with the term, the ratio is 50%. The survey responses also indicate that there is a greater likelihood of men in their late twenties or early thirties viewing themselves as ikumen than those in their forties.

However, the idolised concept the media has created seems to be unrealistic for some Japanese fathers. As one soon-to-be-father told us in an interview conducted as part of an on-going study with 13 Japanese couples:

“Of course I will help take care of our child. If such normal participation in parenting can be called ikumen, well then, I suppose I’m an ikumen. But taking a year for paternity leave or something like that—I think that’s still pretty difficult in a lot of cases”.

Thus, it is not surprising that the number of ikumen plummets if one makes paternity leave a defining criterion. According to a survey conducted among firms by the Ministry of Health, Labour and Welfare (MHLW) with 4,160 valid responses, in 2012 paternity leave was taken only by about 2% of all eligible fathers, 41% of whom took only up to 5 days’ leave.

Society does not perceive as a valid option a father’s leave of absence from work to look after his child, although there are few legal obstacles to men taking paternity leave.

The current situation looks even more bleak when one considers the time Japanese fathers spend raising their children and helping at home.

According to 2011 data published by the Statistics Bureau of Japan, in a survey covering about 83,000 households nationwide, fathers in Japan with children under six years of age spent a daily average of 28 minutes on household tasks, and 39 minutes on childcare.

In contrast, respondents in the UK reported an average of 166 minutes in total, with 60 of those minutes spent on childcare.

In 2010, the MHLW tried to counter the lack of fathers’ engagement with their young children by devising the Ikumen Project, which aspires to establish an ikumen-friendly atmosphere. The initiative includes the hosting of seminars, support of local initiatives and the provision of information materials.

Another government initiative, the Ikumen Company Award, which was introduced in 2013, honours firms with father-friendly policies.

It is of little surprise that the government is striving to promote the ikumen trend, since it could be part of Japan’s solution to the issues of demographic ageing and the falling birth rate. After all, men who help with household and child-rearing tasks enable their wives to pursue their own careers, and so boost the female workforce, thereby raising GDP.

Further, fathers involved with their young children could help stabilise the birth rate, given that one significant reason for the declining birth rate is that many women find having a career and raising a family to be incompatible.

Moreover, the probability that a couple will have another child increases as a father’s engagement grows, according to a 2011 Japanese government study.

Masako Mori, minister of state for the declining birthrate and consumer affairs, the non-profit organisation Fathering Japan, and newspapers such as the Nihon Keizai Shimbun are calling for an “iku boss system”.

This would involve supporting employers to recognise the needs of young parents in their workforce, as the country struggles to overcome the vicissitudes that come with its declining birth rate.

However, it is not just the government, but also the business world, that sees ikumen as a new target group. Firms are utilising the phenomenon in their branding strategies, and to create new ikumen goods—baby and childcare products that are modified to be more father-friendly.

For example, the Papa mo OK (Also for daddy) series includes scissors, designed to cut both children’s hair and fingernails, that have bigger finger holes for easier use by men.

Another approach to date has been to change the colour and design of products to conform more to male tastes. This can be seen in the surge of baby strollers and baby slings with gender-neutral colours, or even camouflage patterns.

While according to this strategy, product designs are modified for fathers as a new group of customers, a second approach entails the use of Japanese discourse about family and fatherhood for branding purposes.

Foreign firms can also profit from the ikumen phenomena. Western child-related products—which already have an excellent reputation in Japan—are seen as progressive and, thus, automatically appeal to ikumen.

Products modified to suit the tastes and needs of modern fathers, while facilitating father-child activities, are sure to reap profits as demand inevitably grows. 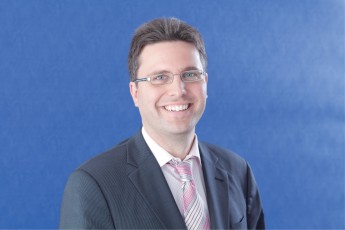