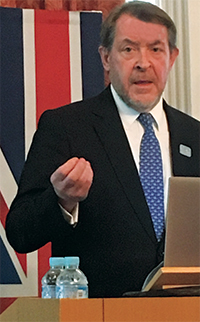 The day is coming when all investment will simultaneously promote environmental, social and governance causes. Investment that does not take into account the need to be green simply will not thrive, believes Sir Roger Gifford, chairman of the City of London Corporation’s Green Finance Initiative.

And for the past decade, initiatives by the British government and businesses have put the UK in the driving seat when it comes to achieving clean growth—growing the national economy at the same time as reducing greenhouse gas emissions.

“We tend to see managing the issue of how we manage the world’s water and soil in terms of the cost of climate change, we do not see it in terms of risk and opportunity”, Sir Roger said at the Tokyo-London Green Finance Seminar 2018, held at the British Embassy Tokyo on 25 April.

$13.5tn
of public and private investment required in the global energy sector between 2015 and 2030
195
countries are signed up to the 2015 Paris Agreement

“We need to look at how to take advantage of risk and we need to invest in climate risk”, he said, adding that the scale of the capital required to solve the world’s climate change problems is so large that it will require cooperation between the private and public sectors, but also “an international alignment of initiatives and alliances.”

And, given the long history of collaboration between the financial powerhouses of London and Tokyo, Sir Roger suggested Tokyo would be an excellent place to promote green finance initiatives.

The two cities have a long history of working together across many sectors to contribute to the economic development and prosperity of the two nations, with the Tokyo Metropolitan Government and UK Foreign & Commonwealth Office working on an agenda to revitalise the city’s financial sector.

In December, Tokyo Governor Yuriko Koike and Charles Bowman, the Lord Mayor of London representing the City of London Corp., signed a memorandum of understanding. It is designed to deepen exchanges and collaboration in the financial services sector and focus efforts on a number of areas—including working together to promote environmental, social and governance investment and green finance.

Alderman Bowman will return to Japan in July to further enhance collaboration in green finance and other issues, and to be guest speaker at “Lunch with the Lord Mayor of London” for the British Chamber of Commerce in Japan. 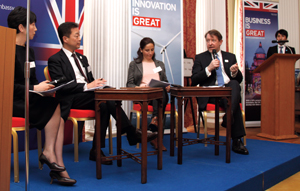 Carbon budgets
The British government’s Department for Business, Energy and Industrial Strategy in October released a white paper detailing the clean growth strategy, which is a key component of the national industrial strategy to “increase our productivity, create good jobs, boost earning power for people right across the country and help to protect the climate and environment upon which we and future generations depend”.

The UK was one of the first nations to recognise the economic and security threats posed by climate change and to act on them. The Climate Change Act, passed in 2008, commits the UK to reducing—by 2080—greenhouse gas emissions by at least 80% compared with 1990 levels. This is to be achieved by setting carbon budgets, a series of five-year caps on greenhouse gas emissions. The approach has been used as a model for action around the world, and is incorporated in the United Nations’ Paris Agreement on climate change.

Committing to the environment does not, however, need to cost the economy.

Since 1990,the UK has reduced emissions 42%, far faster than any other Group of Seven nation. The other countries have averaged cuts of just 3% over the same period, while the UK’s GDP is up 67% on 1990, better than the average of 61% for the rest of the G7 nations.

As a consequence of the UK’s policies, 47% of its electricity now comes from low-carbon sources, double the level of just six years ago, while the nation has the largest installed offshore wind capacity in the world. Homes and commercial buildings have become more efficient, with the average household energy consumption having fallen 17% since 1990, while vehicle engine technology has driven down emissions 16% per kilometre. England also recycles nearly four times more than it did in 2002.

Sir Roger pointed out that the UK played a central role in the 2015 Paris Agreement, under which 195 countries—representing more than 90% of all global economic activity—agreed to stretch national targets to keep the global temperature rise below 2 degrees Centigrade.

The actions and investments required to meet those commitments will ensure that the shift to clean growth will be at the forefront of policy and economic decisions made by governments and businesses in the coming decades.

And that, in turn, creates an enormous poten­tial economic opportunity, with an estimated $13.5tn of public and private investment required in the global energy sector between 2015 and 2030 if the signatories to the Paris climate deal are to meet their national targets.

Societal benefits
The UK government intends to build on its leadership in the green finance sector and set up the Green Finance Task Force, chaired by Sir Roger, to help deliver the investment required and maximise the opportunities for British companies.

The task force, which brings together senior officials from the London Stock Exchange, the Bank of England, other leading financial institutions and academics, completed a report outlining 30 primary recommendations for the government. A response is due in summer.

“Green finance can help deliver low-carbon economic growth and tangible societal benefits”, Sir Roger said. “And there are opportunities for the UK to work on green finance initiatives worldwide, which would help to make London the centre of global green finance.

“This is a very attractive form of responsible capitalism because it connects climate science with finance and society and, at a time when capitalism is not a popular term, green finance can do good for our environment and people at the same time as earning returns”. 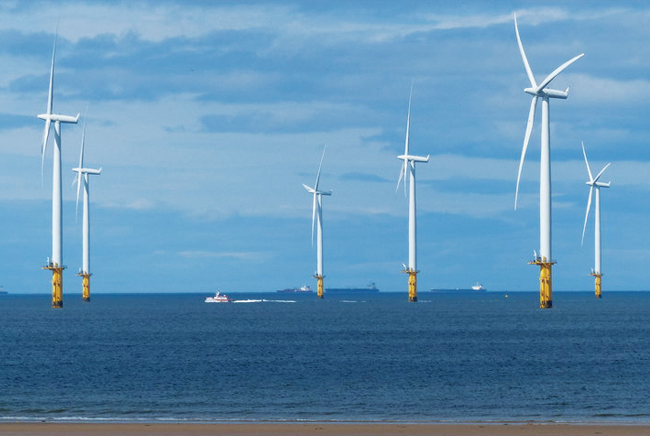