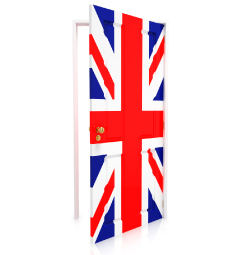 On 21 March, the House of Commons was presented with the government’s budget proposals. They continued the clear message that Britain is open for business.

The stated aim of the government is to have the most competitive tax regime among the 20 major economies represented by the Group of Twenty Finance Ministers and Central Bank Governors (G-20), and this seems to be becoming a reality.

The most significant changes to the UK corporate tax system, introduced over the past few years or soon due to come into force, include the following.

These changes have resulted in the tax system becoming more territorial and making the UK an attractive location for regional holding companies, acquisition companies and publicly listed parent companies.

The UK also has a number of long-standing attractive features, including being the G-20 country with the most double-tax treaties and the absence of a withholding tax on dividends paid by a UK company.

The authorities have also changed their attitude towards interaction with business. Over the past few years, a more collaborative approach to formulating and enforcing tax legislation has been introduced. This is evidenced by the early publication of draft legislation and multiple consultations on significant new legislation (e.g. the Patent Box).

Japanese businesses have been involved in the recent consultations and, as a result, particular requirements of Japanese groups have been taken into account in the design of legislation. The UK tax authorities are now much more willing to discuss issues with businesses and to provide certainty in advance regarding tax concerns, particularly when companies are considering moving activities or investment to the UK.

As a result of the changes to the tax system, the UK has become a more attractive location for high tech businesses, including many Japanese companies. The combination of the reduced main corporation tax rate, Patent Box and R&D incentive means that high-tech companies can achieve an effective tax rate of about 10–15%. The implications of this on the Japanese CFC regime rules need to be considered, but should be manageable if there is significant business activity in the UK.

Therefore, the UK could be a low-tax principal, R&D hub or management centre in the same way as Ireland, Switzerland and the Netherlands have been in the past. When combined with the various long-standing features—highly skilled labour force, European financial centre, stable legal framework, central time zone, use of the English language, etc.—the UK is a very attractive investment location for Japanese and other international businesses.

Time will tell whether these measures will have the desired effect of attracting investment, generating growth and jobs. However, the initial signs are good with a number of announcements of increased investment, particularly by Japanese businesses.

The message from the government seems to be clear: the UK is an attractive place to undertake business and the government will do all it can, even in the current tough economic times, to further invigorate innovative activity.

As complexity of the tax system increases, firms will need to review their business processes to deal with the changes.