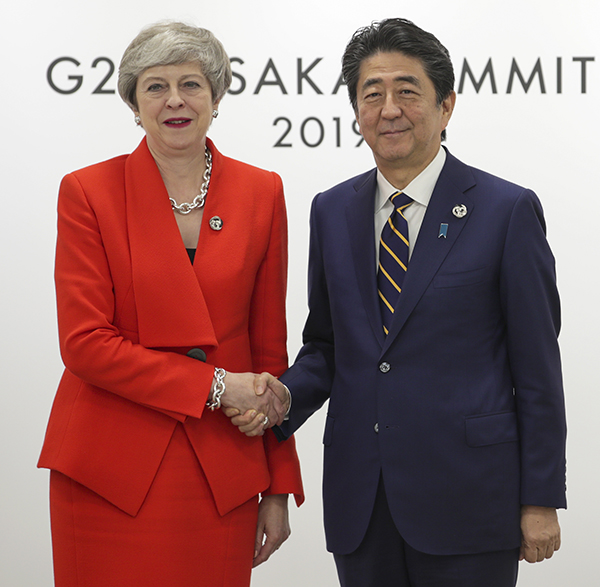 We, the Leaders of the G20, met in Osaka, Japan, on 28–29 June, 2019, to make united efforts to address major global economic challenges. We will work together to foster global economic growth, while harnessing the power of technological innovation, in particular digitalisation and its application for the benefit of all”.

With those words, Prime Ministers Shinzo Abe and Theresa May, together with leaders from 37 countries and international organisations, began their declaration at the conclusion of the two-day G20 Summit, held for the first time in Japan.

In addition to technology, the leaders discussed climate change, environmental issues and energy, among other matters.

Abe and May kicked off the summit with a 20-minute meeting to commemorate UK–Japan relations and to discuss how the two nations can work together to meet global challenges.

A globally fair, sustainable and modern interna­tional tax system is seen by many G20 members as vital to a healthy global economy. Digitalisation, led by tech giants such as Google LLC, Apple Inc., Facebook, Inc. and Amazon.com, Inc. poses new challenges to many countries whose current frame­works were not designed for digital commerce. Using existing rules, they cannot easily capture tax revenue from multi­na­tional companies conducting cross-border business in cyberspace.

In the lead-up to the Osaka summit, UK Chancellor of the Exchequer Philip Hammond proposed a global sales tax. During the G20 Finance Minister and Central Bank Governors Meeting in Fukuoka on 8–9 June, he said, “Global tax rules should still aim to tax business based on where they create value, not just on where they make sales”.

If the warming of the planet is not brought under control, other issues, such as taxing digital purchases, may not matter in the long run.

Leading the session on climate change, May attempted to rally her counterparts to the cause. The UK has committed to a carbon-free future, and the prime minister asked others to do the same. “I urge other G20 countries to follow Britain’s lead and set similarly ambitious net-zero targets for their own countries”.

The initiative to reach zero carbon emissions by 2050 became an amendment to the UK’s Climate Change Act 2008, making Great Britain the first industrialised country to do so.

Japan joined Britain’s pledge prior to the summit. Although the country has not committed to a target year, it aims to achieve zero carbon emissions in the latter half of the century.

During the Osaka summit, 19 of the 20 leaders—the exception being the United States—agreed with May’s state­ment, which committed them to the “irreversibility” of the 2015 Paris Agreement.

Another issue gaining widespread attention these days is the accumulation of plastic in the oceans. According to the non-profit organisation Ocean Conservancy, plastic has been found in more than 60% of all of seabirds and 100% of sea turtles that have been tested. They mistake the plastic for food or become entangled in bags. This is a problem that the UK and Japan have both identified as critical and are taking steps to address.

Last year, the UK government committed £61.4mn to global research into ways of stopping plastic waste from entering the oceans. Some 150mn metric tonnes of plastic are in the world’s oceans, and an estimated 8–9mn more enter the waters each year.

In addition to this framework, Abe announced Japan’s support—through the MARINE initiative, an acronym of sorts that stands for:

Through the initiative, Japan hopes to lead efforts to clean up the oceans by providing assis­tance to developing countries and training 10,000 waste-management officials around the world by 2025, among other efforts. 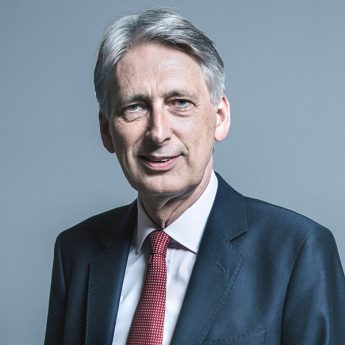 Chancellor of the Exchequer sets agenda in Fukuoka