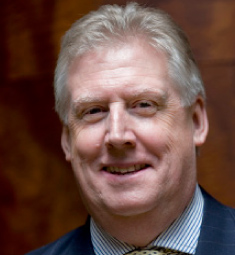 As the BCCJ year reaches a close on 31 March, it is interesting to reflect on what went before and to see what lessons can be learned as the next 12 months begin to unfold for the chamber.

For Japan, the months since March last year have been seismic, in more ways than one could have imagined possible. Home to one of the most active earthquake zones, the country sits on not one tectonic plate, but on four of these solid rock slabs.

Who will ever forget 3/11 or, indeed, 2:46pm? Never have four sets of numbers been more etched on people’s minds, usurping the place of both New York’s 9/11 and London’s more symmetrical 7/7. But the latter two events resulted from manís inhumanity to man, rather than the force of Mother Nature that hit eastern Japan.

From looking at before and after photographs, one can see that much has been done for those displaced by the events of 3/11, although the residents of Tohoku, who want to get on with their lives, must wait until others decide whether to rebuild in much of the devastated areas.

The chamber has been doing its bit over the past 12 months by supporting the recovery efforts with its Back2Business (B2B) initiatives. We have achieved this by helping small firms with some of the less glamorous projects, among which are providing: an industrial freezer, to store fish until they can be transported to market; plumbing, for the Peace Boat’s Ishinomaki Central Kitchen that daily prepares 2,000 meals for the area’s evacuation centres; and bicycles for fishermen to travel from temporary accommodation 5km from the coast.

One goal we have had throughout is to source items directly in Tohoku, to enable the business and wider community to restore their local economies along with their business and social networks.

We were able to do this with the kind generosity of our sponsors and members who have attended a range of events throughout the year, culminating in the “Special 51 Night: Road to Recovery” event at the British Embassy Tokyo on 8 March (see page 21). By the date of our AGM on 26 April, we will have identified and committed all proceeds raised since 3/11. Thank you to everyone who has helped to make a difference in Tohoku.

Corporate Governance has also been in sharp focus in Japan with Olympus Corporation, the Oji Paper Group and, most recently, AIJ Investment Advisors Co., Ltd. having failed to observe prudence over the years. The challenges that Japan faces in the world economy will be determined by how it deals with these serious breaches. The jury is out on this.

Trade alliances, such as the Trans-Pacific Partnership and the EU-Japan Economic Integration Agreement will shape the future of business both inbound and outbound, presenting great opportunities and challenging the status quo and the accepted practice, among some, of inertia. Japan is, once again, at a crossroads and the business community is ever hopeful that taking a new road will lead to prosperity and good fortune.

The 2012-2013 AGM will be held on 26 April at the Hilton Tokyo hotel in Nishi-Shinjuku, starting at 6:30pm. Formal notice of the meeting will be sent out shortly to members. I warmly welcome you all to attend and participate in the further growth and success of the BCCJ.