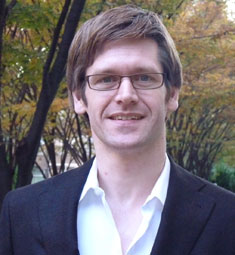 Dr Lee Andrew Kissane is a UK psychiatrist and member of the Royal College of Psychiatrists. He graduated from the University of Cambridge in 1999 and is currently finishing a PhD in Tokyo.

Probiotics may affect anxiety and depression

Recently, an interesting paper from the journal Biological Psychiatry caught my eye over my morning natto. The paper’s three authors coined a new term in the text and, just maybe, introduced a concept that could turn a page in biological psychiatry.

Most people probably are familiar with the term probiotic, as used in the context of health food marketing. Probiotics are live bacteria that help maintain a healthy gut.

A healthy human gut contains 1–2kg of such bacteria, and there is solid evidence that certain probiotics can be used to treat irritable bowel syndrome and some types of inflammatory bowel disease.

Lately, consumer interest in probiotics has spiked. Nutrition shops and supermarkets back home are full of these products. But readers in Japan do not have to visit a health food shop to dine on probiotics: popular fermented foods you see here every day are full of these bacteria—think natto, miso and kimchi.

The paper summarises a body of recent evidence that some of these probiotics are capable of producing and delivering neuroactive substances that act on the brain–gut axis and, therefore, may impact mental health: particularly depression and chronic fatigue syndrome.

The authors propose a new term for this subtype of probiotics: psychobiotic. This they define as “a living organism that, when ingested in adequate amounts, produces a health benefit in patients suffering from psychiatric illness”.

It was reported in 2007 that some Lactobacillus and Bifidobacterium strains can produce GABA, an inhibitory neurotransmitter.

Since then, further evidence has been published showing how other bacteria in the gut can produce acetylcholine, noradrenaline, serotonin and, possibly, dopamine.

All of these substances are neuroactive; GABA and noradrenaline are the neurotransmitters implicated in anxiety and depression.

Further, oral ingestion, by rats, of Bifidobacterium infantis has been shown to increase the blood plasma levels of tryptophan, an amino acid found in many foods. Tryptophan is thought to have some antidepressant properties. There is also evidence linking depression to alterations in the gut microbiota, or gut flora.

The human gut is inhabited by 10trn microbes, consisting of over 1,000 species and more than 7,000 strains. There are maybe 10 times more microbes in a human than there are human cells. Most of the microbes are bacteria that we start acquiring after birth and throughout infancy.

Evidence shows that babies born by caesarean section have different microbiota than those born naturally, and the complexity of this flora increases dramatically in all babies with weaning.

Gut microbiota is generally altered by infection, disease and diet. There is also proof that stress can play a role.

How do these bacteria affect mental health? Three mechanisms have been proposed.

First, there are well-established links between gut bacteria and immunity, and immunity and depression. It has been suggested that probiotics alter the levels of inflammatory mediators circulating in the body, which may cause depressive symptoms.

A second proposed mechanism is through the direct or indirect effects of probiotics on stress hormone production.

In mice, it has been shown that abnormal stress hormone responses can be induced by raising the mice in sterile conditions, and that these abnormal responses can be reversed by the re-introduction of specific bacteria to the gut.
This confirms that the bacterial content of the gut is critical in the development of an appropriate stress response later in life—at least for mice.

A third possible mechanism, proposed by two University of Oxford doctors in the same edition of Biological Psychiatry, is dependent on the ability of gut bacteria to metabolise certain fibres into specific fatty acids. These acids are then absorbed in the large intestine, with a small amount reaching the brain.

Having the right bacteria in your gut is not enough; eating the right foods with the right kinds of fibres is also important, so these fatty acids can connect with the brain.

To conclude, are these psychobiotics good for treating depression?

Some interest in the theory has arisen in the scientific community, but no significant trial data have emerged.

In the first paper, the authors summarised three short placebo-controlled studies using probiotics—two in healthy volunteers and one in patients with chronic fatigue syndrome.

All showed positive results in measures of distress, mood and anxiety. The authors have called for large-scale, placebo-controlled trials to detect which probiotics have psychobiotic potential.

Until such data are available, the only reason to eat natto is the taste.