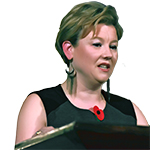 An outstanding year of growth and achievement

It is incredible to think almost 12 months have passed since I made my inaugural comments at the 2013 annual general meeting (AGM). The BCCJ has had a busy year, one in which we celebrated 65 years as well as the 400th anniversary of diplomatic relations between the UK and Japan.

I’m very happy to say that both membership and event attendance have continued to grow and we’re enjoying more member engagement, proof of which is the number of people interested in standing for executive committee (excom) positions in the upcoming elections—an unprecedented 25 nominations!

The chamber’s success is all down to the companies and individuals involved.

Attending events, suggesting speakers, contributing to BCCJ ACUMEN magazine, sharing a post on Facebook or retweeting about news and events—it is all these actions undertaken on a daily basis that ensure the chamber is a dynamic and valuable organisation.

I’d like to pay particular tribute to the energy and enthusiasm of Executive Director Lori Henderson MBE and the BCCJ secretariat, as well as the excom.

The contributions of these individuals and groups in steering the chamber, as well as adopting hands-on taskforce duties, keep the chamber punching well above its weight.

It has been a privilege to represent the BCCJ in the local business community, which on many occasions took me to the British Embassy Tokyo.

The chamber has always been lucky enough to enjoy a close working relationship with the embassy. I would like to say a special thank you to Ambassador Tim Hitchens CMG LVO and his wife Sara, for their hospitality and continued support of the chamber.

Our relationship was further strengthened last November with the chamber partnering in the creation of the Export to Japan programme and website, a not-for-profit partnership led by UKTI Japan that was set up to help British firms get a head start in the Japanese market.

There are still plans to move forward later this year to fully examine whether and how the chamber might best join the UK government’s Strengthening Overseas Business Networks Programme and develop a more formal relationship with the British Chambers of Commerce in the UK.

This could potentially be a critical step for the BCCJ and the services it provides.

The chamber’s excom election period will be closing soon, and if you haven’t already done so, I strongly encourage you to place your vote.

I would like to say a special thank you to my fellow board members for their hard work, advice and encouragement over the past 12 months and to the membership for your trust and support.

I look forward to seeing you at the AGM on 23 April for my final comments on the state of the chamber, and for the handover to the newly elected BCCJ president.