As the saying goes, prevention is better than cure. But while firms have long played a role in assisting with employee healthcare, either by paying into government-backed schemes or providing private insurance, few take a proactive role in ensuring their workers stay healthy.

That is starting to change, and one of the firms leading the way is GlaxoSmithKline K.K. (GSK), which on 31 January announced a new policy for its employees that will enable them to access up to 40 preventive health services at low to no cost. The policy will extend to GSK staff globally.

“As a global healthcare company, GSK is deeply committed to supporting the health and wellbeing of its own employees and [their] families, as much as the health of the patients and consumers we serve”, said Philippe Fauchet OBE, president of GSK Japan and a member of the Executive Committee of the British Chamber of Commerce in Japan. 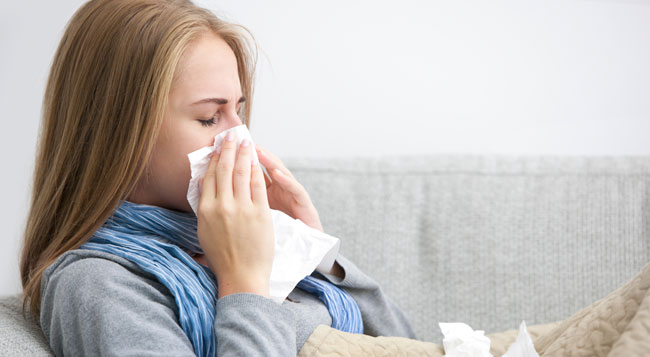 All staff are eligible for the new policy, irrespective of role, location or position, and it will open up access to HIV and cancer screenings, vaccinations for diseases such as hepatitis and tuberculosis, and prenatal care for women, among other benefits. All of the available measures are in line with World Health Organization recommendations, and each preventive healthcare service is offered through different health programmes depending on the country.

Globally, there has been a rise in non-communicable chronic diseases, which include cancer and diabetes, and it is easier to prevent these than to cure them once the disease is diagnosed. The benefits of focussing on preventive health services, which are critical at any stage in life, are tangible and will help to create a more productive, healthy and happy workforce.

“This is a major investment and reinforces our ongoing efforts to maintain a highly motivated, engaged and resilient workforce”, Fauchet explained.

And for firms that are competing for highly talented workers, an attractive and comprehensive healthcare package could become a key selling point. While the GSK’s initiative comes at low to no cost to employees, it offers the firm a potential advantage in its efforts to hire and retain the best possible staff.

Fauchet explained that they “know Partnership for Prevention is a very unique and competitive initiative in the industry, and should contribute to the attractiveness of GSK”.

The cost of healthcare is often a barrier, even for those who are on government-backed schemes. Although Japanese social insurance, for example, offers employees the option of paying only 30% of the standard costs at any medical institution, this can still make people reluctant to pay out for preventive care. Further, even in systems that make healthcare available free of charge at the point of use, as is the case with the UK’s National Health Service, not all preventive schemes are included.

In addition, Japan has a culture of long work hours and few holidays, putting pressure on both mental and physical health. Stress, poor diets and a lack of physical exercise, which can be exacerbated by hours spent sitting at a desk, can all contribute to health problems. Moreover, people may be unaware of the problems they are storing up for the future, and the actions that they could take now. In this regard, firms can play a leading role in educating their workforce through their healthcare policies.

Poor health also has an impact on firms. In the UK, for example, 131 million days were lost due to sickness-related absence in 2013, according to the Office for National Statistics. In addition, Cancer Research UK states that 42% of cancer cases are preventable.

Policies such as that of GSK provide a mechanism enabling staff to avoid having to take sick leave by being able to prevent becoming sick in the first place. This, in turn, reduces the economic impact of absenteeism.

Ultimately, the policy will support healthy behaviour and productivity at work, while the idea of investing in people will help to ensure long-term sustainability. And, for a firm in the healthcare sector, looking after its employees also serves to reinforce the valuable brand image.

“Our mission to help people ‘do more, feel better and live longer’ starts inside our company”, Fauchet said.