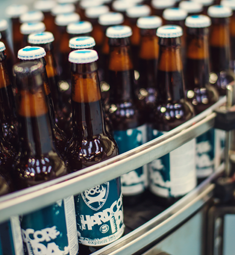 Modern UK has products, experiences, values that can connect here

This year marks the 400th anniversary of the establishment of trade relations between the UK and Japan.

In 1613, Tokugawa Ieyasu, the first Tokugawa shogun of Japan, wrote to King James I that “though separated by ten thousand leagues, our territories are, as it were, close to each other”.

Four hundred years later, superficial similarities remain: both are island nations mired in private debt; obsolete empires that are suspicious of their mainland neighbours. Yet, for all the occasional bouts of mutual interest, driven primarily by the arts and literature, the UK today seems woefully bad at selling to Japan its modern products—or its values.

Recently, I spoke to a Japanese film producer in a bar in the Tokyo district of Shimokitazawa. “Britain?” he cried, on learning that I was a Londoner. “I love Britain! Hammer horror! Ealing comedy! These are what inspired me to make movies!”, he said

Tentatively, I asked the self-professed Anglophile if there was anything that he found inspirational about the modern UK. Anything more … up to date?

He frowned into his highball for a moment. “The Avengers?” he suggested, hopefully.

While French brands need only shrug at their Gallic identity to open up a whole range of aspirational values in Japan—romance, beauty and sophisticated femininity—the UK’s trade delegation in 2013 appeared reduced and apparently resigned to flogging the dinosaurs of our industrial twilight.

Perhaps Her Majesty is part of the problem. The sceptre has become something of a crutch for traditional British brands that are hoping to ply their wares in Japan. Apparently, they still believe that the royal seal of approval represents, to the rest of the world, a platonic ideal of quality.

The problem—we’re being told—is that nobody cares anymore. What might have been aspirational to newly empowered consumers in Japan’s booming 1960s reconstruction economy, no longer carries any special cache.

What symbolism does exist is more likely to be that of a geriatric country, stumbling in the fog of its own history.

Meanwhile, back in the UK, we’re sensing a slow but profound change in British values: a reimagining of tradition and an embracement of the eclectic; a new politics of consumption that is founded upon the local, sustainable, authentic and personal.

We at Flamingo Tokyo believe it is high time that we started to export these values, alongside the defence equipment favoured by Prime Minister David Cameron.

So what are the contemporary products and categories that best represent this changing culture? What are the values that can truly connect with Japanese consumers today?

We believe that other modern British breweries should follow in their wake.

New British craft industries—from beer and gin to bicycles—are reasserting the primacy of product in the UK, and are reinventing artisanship for the modern era by fusing tradition with technology.

These industries represent values that matter profoundly in Japan, where ideals of quality are informed by kodawari (attention to detail) and an authentic story around production and process.

In a country where artisans in all areas—from ceramics to denim—continually reinterpret past traditions and translate them to meet present needs, we believe that modern British craft brands, founded on the principle that “product comes first”, will thrive.

Fashion and textiles—it’s been a few years since Japanese youth fell in love with Vivienne Westwood’s alternative take on British fashion.

London style has traditionally been admired here, from the suffragette chic of the Liberty print to the yummy mummy floral motifs of Cath Kidston.

Luxury stalwarts may struggle in today’s post-bubble, otonano (adult) marketplace, which is now characterised not by labels, but by restrained elegance.

However, contemporary tailors such as Patrick Grant—who is currently refashioning a British style that is based on craft and materials, rather than snob value—may well succeed.

Young Japanese designers, meanwhile, have fallen in love with traditional high-quality British fabrics such as Harris Tweed, which they are reinventing for a new generation.

We believe that other regional old–new manufacturers, such as Blodwen of Cardigan Bay, who produce artisan Welsh wool blankets, could prove a hit here, too.

Contemporary food and drink—Japanese perceptions of British cuisine still hover somewhere between the deep-fat fryer and the chain pub.

However, British chefs are in the ascendant globally, and British food has undergone a revolution in recent decades—characterised by an emphasis on simplicity and high-quality, locally sourced produce.

Such tenets, of course, have always been a standard of Japanese cuisine. Every railway station here is chock-full of local specialities, while “seasonal” refers to particular weeks of the year rather than quarters.

But for all the UK’s Fergus Hendersons and Gordon Ramsays, the number of modern British restaurants in Tokyo still hovers around zero.

We are convinced there’s a role for new, artisanal British foodstuffs to transform these antiquated clichés. Although, it may be a while before Tokyo’s sommeliers are pouring world-beating Sussex sparkling wines such as Nyetimber.

Yet, speciality English cheese, rare breeds of beef and pork (such as Hereford and Old Spot) all have a strong gourmet story to tell.

After all, the very best Japanese Kurobuta pork is descended from the heirloom Berkshire breed, which was recently brought back from the verge of extinction in the UK to find itself a staple on the table of every self-respecting modern British restaurant.

Natural heritage—Japanese tourists are pretty good at getting off the tourist trail in the UK, but we believe they’d like to go further.

Visit any hiking trail in Japan, and one is delighted to find them full of smiling, retired Japanese for whom every day is Sunday. With decades left to live, they place an emphasis on low-impact health maintenance through activities like rambling and the appreciation of nature.

However, to visit Britain as a tourist is to enter a country bordering on self-parody, where grinning Beefeaters and busbied guards gaze down over the arrivals hall at London Heathrow Airport. “Welcome to Great Britain!” they seem to proclaim, “Welcome to our heritage theme park, just look at all our funny old costumes!”

Beyond the spires and stately homes, the UK’s wild places are both wilder and more accessible than they have been for decades. There’s a place to talk to visitors about the new outdoors: the West Highland Way, the South-west Coastal Path and the recently established South Downs National Park. Just hold off on the castles and corgis.

While some may decry the forlorn state of our national industries, we are convinced that the modern British Isles can offer products, experiences and values that can truly connect in Japan.

The challenge, however, is to move beyond the obsolete imagery of the past and strip off the stifling costumes that have become a straightjacket on our national identity.

We must abandon the easy comforts of our heritage and, instead, embrace a new vision of the UK as an eclectic, diverse, multi-regional entity that is less focused on being “great” and more on being authentic.

In doing so, we may find that our territories are, indeed, closer than we think.