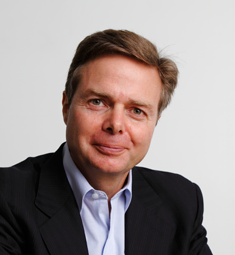 The British Council is helping to improve English language proficiency

Established in 1934, the British Council operates in more than 100 countries and territories to spread and strengthen Britain’s influence through the development of cultural relations. In addition, it seeks to build trust and international opportunities, support growth and prosperity, as well as provide excellent value for the UK.

The Japan branch of the council is involved in three strategic lines of business, namely, the arts, the English language, as well as education and society.

Research by Chatham House placed the English language, education and culture—the key areas of work of the British Council—as the top three factors in supporting the UK’s overseas reputation. The fact that the UK was recently ranked number one in the world in terms of soft power by Monocle magazine suggests that these assets really matter.

As Jeff Streeter, the Japan director of the British Council, told BCCJ ACUMEN: “Arts, language and education matter in building trust around the world, and trust is worth money. Economic dividends flow through trust, and countries that trust each other, trade more with each other, creating more wealth for everybody.

“The reputation of the UK will attract more people to study and do business there”, Streeter explained.

The British Council in Japan is concentrating on its work in English education to build the UK’s reputation and hopes the country will be seen as the top English-language source of expertise.

Compared with most other non-English speaking developed countries, Japan struggles in terms of English-language levels, as is demonstrated by its performance in international tests. Streeter believes that one of the reasons for this is inadequate testing.

“This makes people believe that, having passed an English test they have achieved a good level of the language. However, the majority are grammar tests and are not internationally benchmarked”, he said.

“Unfortunately, this is what people have bought into and is an unreliable and inefficient standard”.

The council is working on improving testing through promoting UK tests, including their co-owned International English Language Testing System (IELTS) and Aptis tests—a new global English assessment service. In addition, they work with Japan’s Ministry of Education, Culture, Sports, Science and Technology (MEXT) and link their testing methods to international structures such as the Common European Framework of Reference for Language.

In addition, they are concentrating on looking at language study not as an academic discipline but, instead, as a means of communication.

The British Council is active in other aspects of internationalisation and works with universities to train students and administrators in English. Through training programmes and seminars, it helps to build effective links and forge stronger partnerships with the UK.

The council believes that thinking globally and having an understanding of international cultures is important, particularly for younger people. Results of employer surveys in the UK and Japan tend to agree.

“Research in the UK commissioned by ICM [Research Ltd] in 2011 found that 79% of employers considered knowledge and awareness of the wider world as important, compared with 74% who looked at degree subjects, while 68% looked at A-level results.

“The UK is very attractive to the Japanese, partly because they see affinities between Japanese and UK culture. The way that UK universities teach is very much geared to building the sort of skills that Japanese students are looking for when they go overseas. These skills—communication, teamwork and problem solving—are transferable to almost all professions”.

However, the British Council faces particular challenges in English teaching here. Japan favours certain examinations, such as TOEIC, meaning that most people recognise only one option.

“Getting people to see that there are other options is difficult”, he added.

To this end, the British Council has been working with MEXT and language professionals in a bid to inform them of available options. However, Streeter believes it will take years before there is a fully pluralistic market within English examinations here.

Among its other activities, the British Council Japan has a very successful partnership with the Eiken Foundation of Japan—a non-profit foundation set up in Japan in 1963—that administers the EIKEN tests and works with the council on the IELTS examination.

Furthermore, the RENKEI partnership, involving 12 universities from the UK and Japan, will enable institutions of higher education in both countries to engage more fully with their respective economies and societies—at the same time strengthening links with industries.

Over their 60 years in Japan, the British Council has played a large part in developing the UK–Japan relationship. “The links between higher education institutions have increased enormously and the overall relationship in the area of the arts is much more established”.

Streeter hopes the British Council can make an important contribution to a generational change in English language proficiency. “Improved language proficiency would have a transformative effect on peoples’ lives. That’s why we believe in it in an international context.

“Japan has so much to offer the world—culturally, politically and in the area of diplomacy—in terms of its values that could be hugely beneficial to the global community”.