Why do people join the Japan Market Expansion Competition (JMEC)? For London-raised Luis Costigan, it was to gain skills that would open up many paths and help him build a career.

Never sure exactly what he wanted to do, Costigan had studied Japanese and Spanish at Cardiff University before moving to Tokyo. He realised he needed something more than “not bad Japanese” to carve out any semblance of a career, so the first step seemed to be to learn some­thing practical. He found a position at bilingual job board Daijob.com, and about a year later found himself in a position to join JMEC. He saw value in a practical approach to building a business plan, so decided to give it a go. That was in 2015.

In this year’s competition, Costigan served as a consultant for the team charged with creating a market expansion plan for the Salvation Army. Under his guidance, the group won the “Tell It Like It Is” Award, recognising their bold strategy of redefining the Salvation Army’s initial scope of work and proposing a feasible plan.

ACUMEN spoke to Costigan about his long history with JMEC—particularly his experience as a participant—and how it changed his life.

What skills did you hope to gain from JMEC?

I was 26 years old when I joined JMEC, and I don’t remember having any particular goal. I knew JMEC offered practical experience in creating a business plan and the elements that comprise that, such as market research and competitor analysis. Given that I was unsure what I wanted to do, it seemed wise to learn something that could be of practical use.

It’s a cliché these days, but the lecture on entre­pre­neurship turned out to be useful. Understanding the lean approach to building a business or product in the face of uncertainty is a hugely transferable skill, and I seem to hear about building an MVP—

a minimum viable product—whenever I start a new project, even if it isn’t starting a business from scratch.

How did you overcome the biggest challenge?

Our client had an innovative product that allowed for an easier transfer of chemicals from one container to another. It was an adaptation of a previous product and had seen some initial success in the US—so they wanted to scope out the Japanese market. Coming up with feasible steps our client could take for market entry was by no means a simple process.

Two of the main target markets for their product were large-scale farm owners and chemical logistics firms, both of which have a long history and entrenched practices. We eventually decided to focus on getting to these customers by partnering with chemical container firms. This was done for two reasons.

First, the three main chemical container firms in Japan could access a large proportion of these customers. Second, a large part of the operations for these firms were out of Japan, so there would be fewer hurdles to building that partnership.

What was your most valuable JMEC lesson?

More so than any specific lesson, I met a bunch of very good people through my JMEC experience. I enjoyed meeting people in the JMEC community so much that I ended up staying with JMEC as part of the Alumni Association (JMECAA) for four years after graduating, organising monthly events for the Tokyo business community.

I also helped one of the teams in the last JMEC programme as a consultant.

I left JMECAA in June of this year to focus on running the Japan chapter of a growing social move­ment called Effective Altruism. We have a small team here in Japan, and our goal is to make the world a better place using evidence and careful reasoning.

How has JMEC prepared you to succeed?

Just getting to know so many people in the community has no doubt helped my career. I don’t like networking for the sake of networking, but I know providing value to people in some way, shape or form always seems to lead to something positive.

Special shout-outs to Jeff Char for providing tough advice when I needed it, Kaori Tomita for being incredibly reliable and Justin Dart for introducing me to a great place to work.

Other than that, I still find myself using what I learned at JMEC on a fairly regular basis. If you have a sudden flash of an idea, sometimes you wonder where it came from. While it’s tempting to think of yourself as some kind of brilliant idea generator, 99% of the time it’s because you made the effort to think about something at a deeper level in the past.

Nearly five years have passed since that first JMEC experience. Costigan now keeps himself busy as a freelance marketing specialist four days a week across two firms and spends his Fridays running Effective Altruism Japan. Any remaining time is spent trying to learn something useful. 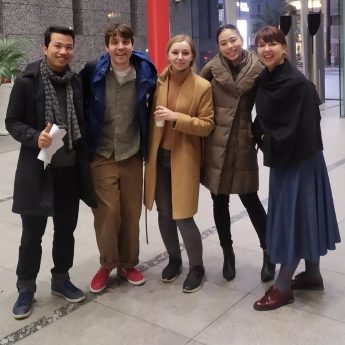 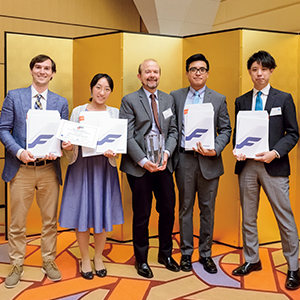 Trials and tribulations of creating a business plan