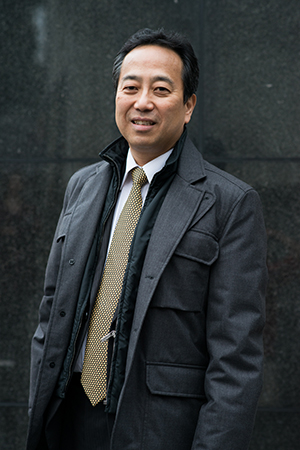 Whistleblower Masaharu Hamada’s eight-year legal battle with Olympus Corporation ended in February when the Tokyo District Court ordered the firm to obey a ruling by the Supreme Court of Japan to reinstate him and stop harassing him.

Hamada, 55, won ¥11mn in damages from the medical equipment manufacturer, which was also embroiled in a whistleblower case involving Michael Woodford MBE who, in 2011, became the first Western salaried employee to rise through the ranks to head a giant Japanese corporation.

Hamada insists it was never about the money.

Born in Hyogo Prefecture, he studied mechanical engineering at the National Institute of Technology, Tsuyama College, in Okayama Prefecture before joining Olympus in 1985 and moving into international sales.

Having held a role in the quality and regulatory support division of the firm, Hamada was, on 1 April, assigned to a new position.

BCCJ ACUMEN: What are your duties now and how is Olympus treating you?

Hamada: I’m now the team leader in the education and training department in the human resources division, and my duties are to train all staff, including those returning from overseas offices.

If I hadn’t blown the whistle on the company, then I would probably be a general manager by now. I was a team leader 10 years ago, before all this happened, and I’ve been reinstated as a team leader.

Even though I no longer have any chance of promotion or pay raises, despite the Supreme Court ruling in my favour, I will continue to do my best to meet my company’s requests.

In reality, Japan’s whistleblower protection law doesn’t work at all, and it’s completely different to the situation in the UK and the US. And the money that Olympus was ordered to pay me means nothing to them because the company controls 70% of the global market for endoscopes.

Briefly, what was the chain of events that led up to the court case?

I was working in the Olympus headquarters in Shinjuku in 2007 when I learned that my superior had recruited an employee from a special steel company that we worked with because of his specialist technical knowledge. That was a violation of the competition law—and unethical—so I informed the in-house compliance office.

Instead of protecting my identity, they leaked my name to the head of the personnel department and my director. I was taken away from international sales and given a special position, made solely for me. I had no staff and no work. I went to the office and sat at my desk every working day for five years. I had no contact with other staff or customers and I was isolated.

Why did you blow the whistle?

The company was poaching an engineer with a lot of technical knowledge in non-destructive testing systems, and that would benefit the rivals of his former company, which was wrong. I love Olympus, but I thought I had to speak up.

What reaction did you expect, and get, from Olympus?

I never expected my name to be leaked; it’s a basic obligation to receive the protection of anonymity in a case like this. I expected them to stop illegal behaviour and apologise. Instead, they isolated me and did away with any future promotions and pay raises, while they kept promoting the employee who poached the engineer until he became an executive director.

Having worked many years for Olympus, how did this make you feel?

Was it an easy decision to fight the company in court about the way they sidelined you? I had come to be treated like a redundant employee who, in Japan, is said to “sit by the window” in isolation. I thought I could keep going to work for eight hours a day in order to care for my family, and then devote myself to my dog and my Harley-Davidson motorcycle in my free time. But after five years, I became a different man. I thought I had no choice.

The company was slowly killing me. I went to members of the board and asked them to help me, but they did nothing. I asked the union to act on my behalf, but they just criticised me. I realised the union has effectively been bought by the company. So I had no choice.

How did friends and family react?

My wife was very worried, of course, and so were my two children. My former colleagues at Olympus steered well clear of me, but my friends from college encouraged me.

It was many years before the courts found in your favour; did you ever consider dropping the case?

No, never. I knew that if I dropped it, I would have nothing and the company would go on killing me. The court case was my only escape route. I used to talk to myself, to encourage myself to keep going. And it worked. I’ve always been an optimistic and forward-thinking sort of person, and that has helped me throughout this ordeal.

How did the Supreme Court’s final ruling make you feel?

Relieved. You have to remember this had been going on for eight years. I lost the first case, but appealed to—and won at—the High Court, which said the company’s actions were an “abuse of authority over personnel issues”.

Olympus appealed that ruling to the Supreme Court, which supported me and ordered that Olympus pay compensation and reinstate me. But two months later, I remained sidelined, and nothing had changed, so I went back to court to force them to give me my old job back.

The company wanted me to move to a subsidiary but I refused. Really, I wanted to go to the legal compliance division as I want to change the culture at the company but this did not happen.

The court found in my favour again, but the judge told me I had reached the limit of the court. Moreover, it said it’s unlikely that I’ll ever get another promotion and that, with only five years until I retire, I could not legally force the company to put me back in my old job; I should stop fighting the company.

Was returning to the firm easy? How did colleagues and management respond?

Personally, I have no problems at work because I have a strong mind and understand my situation. I was right and I took the correct action. So I feel completely comfortable in front of other employees and I even say hello to the president, Hiroyuki Sasa, but he runs away whenever he sees me coming.

Has management genuinely changed the way in which it responds to whistleblowers?

Yes, I believe so. There have been so many newspaper articles about the case in which Olympus has been shown to have been wrong, and I right. A member of staff is also involved in a court case against the company after refusing to accept redundancy. That pressure is changing the company and forcing it to do the right thing. So they are getting better and that makes me happy because I love Olympus.

The issue is finished now, so I would very much like to go for a drink with Mr Sasa just to let him know it’s all over, but I don’t think he will do that. 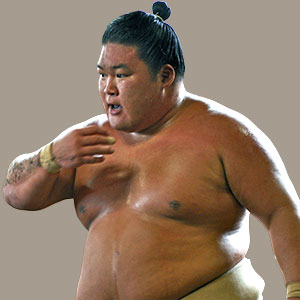