Anyone who was in Japan on 11 March will remember where they were at 2:46pm that day. Anyone in business will equally recall the chaos of the following days—of staff marooned when train lines shut down, of power cuts and the loss of communications, of dealing with concerned head offices and relocating facilities and staff to other parts of the country—or even overseas.

It was in the immediate aftermath of the biggest natural disasters to strike Japan in living memory that the value of having a Plan B for the business—and often a Plan C—became very apparent. Yet, four months later, as the aftershocks taper off and the threat of blackouts recede, that sense of urgency has gone. Many vows made back then to be prepared for the next “Big One” have been quietly shelved.

And that, say experts, is a major cause for concern. 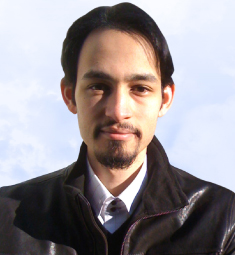 “Companies will have learned that the business continuity plan [BCP] they had on paper had better be ready for execution right away”, said Brent Reichow, CEO and co-founder of Blueshift Data Protection and co-chair of the American Chamber of Commerce in Japan’s Information, Communications and Technology Committee.

“They very quickly learned that basic infrastructure can freeze when something like this happens and they need to have the planning and processes in place so that their people know what to do and how to do it”, he said.

“But most firms have already forgotten that since the quake”, he rued. “There is this burst of interest and action and then they forget very quickly. I believe it will only return to the forefront of their minds if we have serious power issues in Tokyo later in the summer.

“Otherwise, people and firms are going to forget until the next major disaster rears its ugly head and they’ll go back to this again”, he said. “It’s very worrying”.

There are some obvious examples.

The building that houses the data centre for the Tokyo Stock Exchange (TSE) is built on land that has been reclaimed from Tokyo Bay and requires so much power to operate that it has its own sub-station. The designers of the @ Tokyo building—coincidentally owned by Tokyo Electric Power Co. (Tepco)—decided to construct the power sub-station beneath the building and, hence, below the waterline of the nearby bay.

Events at the Fukushima Dai Ichi Nuclear Power Plant have shown the folly of locating sources of power anywhere near an area that is susceptible to flooding.

Experts say the @Tokyo situation represents a huge risk that extends to all of Japan, as well as all its domestic and foreign financial institutions. Because Japan is a global financial hub, this therefore impacts the entire global economy.

The remedy would be the construction of a new off-site data centre for the TSE that could be operational within minutes of disaster striking and avert the sort of crisis that experts fear. The problem for Tepco—and any firm that is reassessing its BCP in the wake of the disasters—is money.

A new data centre would cost Tepco an estimated $200 million but, with the cost of the clean-up operation in Fukushima and compensation to those affected by the nuclear disaster, the firm simply doesn’t have that sort of money to spend.

Clearly the motto “Be Prepared” does not only apply to the Boy Scouts.

“Companies now know they need to be ready to deal with a worst-case scenario that might include knowing what to do when a key element of their business chain has been completely paralysed”, said Guillaume Hansali, CEO of Wizcorp, as he ticked off the key points on his fingers. “They need to know how to keep in contact with their employees and customers when most means of communication have been disabled, and what to do in the event of unpredictable blackouts”.

And while it may not solve all those problems, cloud computing services have attracted new attention among a business community looking to protect one of its most important assets—data.

“Companies such as KDDI and NEC have been providing virtualisation and private cloud computing services for many years, but the buzz around the term only really started in Japan with Salesforce.com and Amazon a few years ago”, said Hansali, who also chairs the European Business Council’s Information & Communications Technology Committee.

The concept has emerged with advances in technology in recent years—most importantly the rapid spread of broadband infrastructure—as a means of sending emails, conducting business transactions, storing information and a whole range of other functions via internet-based networks. Pioneered in the US and Europe, it has been relatively slow to catch on in Japan, but that may be changing. A report released by the Ministry of Education, Culture, Sports, Science & Technology in Japan’s Smart Cloud Study Group last year shows the cloud services market was worth ¥360bn in 2009, but that figure is expected to leap to about ¥2.4trn by 2015.

“Data replication is the first thing that comes to mind as a positive”, said Hansali. “Businesses need to have their data replicated to different locations in case of disasters. A data centre that goes down—it does happen—can paralyse many firms if they have not taken this precaution”. 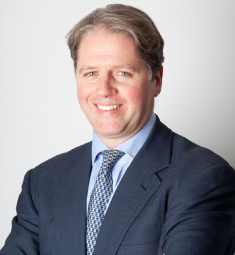 Richard Warley, chief executive officer of IT at communication services provider KVH Co., Ltd., says a military analogy is appropriate when considering the options that firms have for storing their information. They have a choice between operating a single, large and heavily armoured tank—which by its very nature will be slow, cumbersome and leave the firm in critical danger if damaged—or employing a fleet of smaller, nimbler vehicles that are able to manoeuvre and fill in for each other if one of their number is eliminated.

“I would say that not a single client we have is not now thinking about how they can protect their data”, said Warley. “They’re looking at security for the business by distributing their data”.

Blueshift Data Protection has witnessed a five-fold increase in enquiries since the earthquake because, as Reichow points out, firms are going under because they are not able to access their records—whether those for payroll, clients, vendors, creditors or debtors.

And while the key positive of keeping that data in the cloud rather than in a single data centre or—a scenario that makes Warley shudder but remains very common at Japanese firms—stored in the form of paper records, there are other considerations.

“Firstly, you have general cost savings”, points out Reichow. “To do something like this firm does, you would have to buy hard and soft inventory and invest in your people and infrastructure. That is an ongoing operating cost. If you outsource, you have no capital expenditures or ongoing costs other than my monthly bill.

“Second, you have extreme flexibility”, he said. “If you do it yourself, you have to keep up and buy more infrastructure as your data grows. A corporation will see its data grow 30–40% a year. If you do not own that infrastructure and it is outsourced, that is not something that you have to worry about, as it’s my headache”.

There are undoubtedly some drawbacks to consigning your data to the cloud, such as concerns over security and the “death” of a cloud with the consequent loss of data it contained, but the bigger problem is, arguably, getting those firms that vowed to improve their BCP immediately after 11 March to stick to that commitment.

Warley says there are two reasons that firms may change their minds.

“One, there is a lot of cost and, two, the risk of running out of power is fading”, he said. “For a couple of months, the government and power companies were warning that we were going to be having power cuts and blackouts this summer and anyone who did not have their IT assets backed up or in high-quality data centres was worried that their core IT systems could go down. There was a big spike in interest in good data centres because this had become a real problem, in their eyes.

“But as each subsequent announcement has reduced the threat, we have lost that immediate impetus for change”, he added. “There is still a subset of all those who looked over the parapet three months ago and didn’t like what they saw, and who are saying they need to act. But others have decided that they will muddle through”.

And that, experts agree, is a recipe for disaster.


Google Apps for Business, used by 3mn SMEs and global corporations, includes Google Cloud Connect to share, backup and simultaneously edit with coworkers plus email, calendar and documents for teams.

Dropbox Anywhere allows users to seamlessly access and update files such as videos and photos via iPhone, iPad, Blackberry and Android.