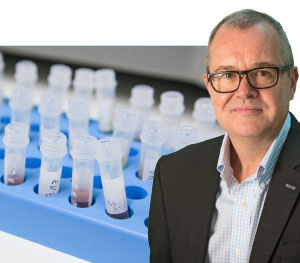 Patrick Vallance, president of pharmaceuticals research and development at GlaxoSmithKline

In the space of 12 months in 2013 and 2014, GlaxoSmithKline had six new medicines approved by regulatory authorities in Europe and the United States. Now in production, those six drugs have the potential to improve the lives of a remarkable 40mn people around the globe.

That statistic underlines the importance of the west London-based company’s research and development efforts, and a pipeline that produces a steady stream of innovative, life-saving medicines.

“Science can improve health and well-being in so many ways, from the development of everyday convenience healthcare products through to life-saving medicines and vaccines”, said Patrick Vallance, who joined the company in 2006 and was appointed president of pharmaceuticals research and development in 2012.

“However, the environment for the pharmaceutical industry has changed dramatically in recent years: patent expiries, the innovation deficit, companies needing to fill their pipelines, rewards focused on innovative medicines”, he added. “In this climate, there is a definite stimulus to adapt”.

GSK’s R&D division set out its strategy very clearly in 2008, and that has not changed, Vallance said. Since 2009, GSK has had more new medicines approved than any other healthcare company, including treatments for chronic obstructive pulmonary disease (COPD), HIV and cancer. And many potential new medicines and vaccines are in development, he said.

“Part of being on top of our game scientifically is learning from failures, and finding different paths to the discovery of new medicines, vaccines and consumer healthcare products”, he said. “In pharma, we now pursue biopharmaceuticals as well as small molecule treatments and we recently filed for approval in the EU for our first gene therapy”.

The company—the third-largest pharmaceutical firm in the world by revenue and listed on the stock exchanges in both London and New York—has got rid of the “not invented here” syndrome, Vallance said.

“We have diversified through externalisation”, he added. “We partner with people who are deeply expert. We know that we will not discover everything inside our own labs. This is especially true in areas where illnesses are proving particularly hard to understand, like Alzheimer’s disease”.

Currently, GSK has research collaborations with more than 3,000 external organisations, including other companies, academic institutions and research charities. The firm is also partnering with governments, charities and other organisations on innovative funding mechanisms, enabling it to share the risks and costs of research, into new antibiotics for example, that will also benefit from a multi-agency approach.

While GSK is committed to continuing to build on its strong heritage in the area of treatments for respiratory complaints, cardiovascular diseases, and HIV, Vallance believes gene therapy has great potential for pharma to explore. 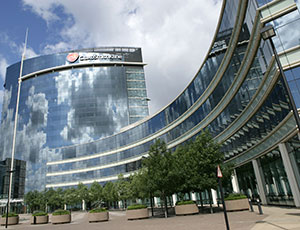 The filing is the company’s first for a gene therapy, and there is growing confidence that this will provide an important new treatment option beyond small molecules and biopharmaceutical drugs. But there are challenges relating to quality control, short and long term safety, measurement of effect, patient selection and monitoring, regulatory requirements, and production costs. The challenge is whether we can turn cell treatments into viable therapeutic options that can be used globally.

“A positive opinion from the EMA means the vaccine could one day help protect children in Africa from malaria, alongside existing tools such as bed nets and insecticides. One child in Africa dies from malaria every minute, so the potential impact of a vaccine is significant.

“We will offer the Malaria vaccine at a not-for-profit price so that, if approved, as many children as possible can have access to it, with a small return of around 5% that will be reinvested in research and development for second-generation malaria vaccines, or vaccines against other neglected tropical diseases”, said Vallance.

GSK was also quick to swing into action to help combat the outbreak of Ebola in west Africa earlier in the year, working closely with the World Health Organization, regulators and other partners to accelerate development of its investigational vaccine. The early results, the company says, appear promising.

“Our teams of scientists are also exploring new approaches and scientific concepts to tackle diseases, such as our deep-future research into bioelectronics—the use of tiny devices to restore health in a range of chronic diseases centred on organs and biological functions”, said Vallance.

Bioelectronic medicine is a relatively new scientific field which could one day result in a new class of treatments that would not be pills or injections but miniaturised, implantable devices to treat disorders as diverse as inflammatory bowel disease, arthritis, asthma, hypertension and diabetes. GSK has entered into bioelectronics research partnerships with 25 academic institutions across four continents. In Japan, GSK has entered its first collaboration research agreement on bioelectronics research with the Tokyo Metropolitan Geriatric Hospital and Institute of Gerontology.

“This academic-industry partnership is expected to bring innovation from Japan, thus accelerating the study to address unmet medical needs for patients in Japan and the world with integration of experts and technologies”, said Vallance.

“Our pharmaceutical pipeline is fundamental for our success and remains our primary focus”, he said. “We have around 40 new molecular entities in phase II/III development and remain confident that we are capable of delivering a strong, sustainable pipeline of potential new medicines”.

Well over 12,000 of the company’s staff globally are involved in its research and development operations, with GSK investing £3.1bn a year in devising new solutions to serious illnesses.

That, Vallance believes, demonstrates just how committed the company is to finding cures.