Red tape and rigid adherence to regulations stopped a number of foreign firms from providing help and specialist expertise in the immediate aftermath of the 11 March disasters in north-east Japan, while other firms say their efforts to render assistance to the homeless and destitute were frustrated because the markets here are effectively closed to outsiders.

Among those whose offers of help were dismissed, and who agreed to speak to ACUMEN, are British firms with experience in providing high- quality emergency shelter—that has been gratefully accepted in disaster zones around the world—as tens of thousands of people were living rough in school gymnasiums and municipal offices in the hardest-hit prefectures of Fukushima, Miyagi and Iwate. In addition, there are at least two UK firms that were eventually successful in securing contracts, after having endured frustrating delays and red tape, but they declined to be identified out of fear of jeopardising future deals.

The experience of trying to meet the demands of government ministries and prefectural authorities has left some British firms irritated or angry—in particular those whose members travelled to areas affected by the magnitude-9 Great East Japan Earthquake and the tsunami that it triggered, and who saw for themselves the misery of the victims. The people who lost out due to officials’ inability to think outside the box, they say, were those who had already lost everything in the disasters. 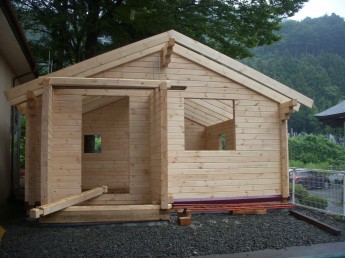 Two workers can erect a Sure Lock home in a day

“Our first reaction, on hearing of the disaster, was that we could help— and help very quickly—with low-cost, quickly assembled temporary housing and other raw materials for rebuilding”, said Colin Shea, managing partner of Sure Lock Homes.

The firm, a subsidiary of UK-based Convolvulus Ltd., manufactures solid- wood, interlocking buildings and has been operating for more than 25 years.

“We have the resources, the manpower and the technology to design, make and deliver 500 solid-wood temporary homes each month”, he said. “Each unit can be put up in a single day by two semi- skilled workers.

“We worked 24 hours a day for three days to complete the tender requested by the Ministry of Land, Infrastructure and Transport and I submitted it in person by the April deadline at the Shibuya offices”, Shea said.

“It was immediately rejected as we did not have a Japanese partner with a construction licence”.

Trade officials at the British Embassy Tokyo used all their contacts and skills to help UK firms get a toehold in the Japanese market, but to no avail.

“Even with their support, we could not get past the red tape”, said Shea, who complains that the experience of trying to offer assistance to Japan has left him deeply frustrated.

The Charles Kendall Group (CKG) had a similar experience.

Three members of staff from the firm’s offices in Kuala Lumpur were in Sendai within 48 hours of the tragedy striking and an operations room had been opened in Tokyo. The firm, which is a global end- to-end supply-chain management group based in London, immediately grasped that there would be a critical need for modular housing. That was confirmed in meetings with officials from the three prefectures most severely affected and the ministry.

CKG responded to the tender, partnering with Berkshire Hathaway’s Clayton Homes—the largest builder of homes in the world—offering 10,000 modular homes that met all the requirements of the ministry and the prefectural authorities. The homes would be manufactured in the US and could have been installed in Japan within 60 days.

Not a single unit was accepted, said Hugh Mainwaring, who spearheaded the campaign to provide assistance. 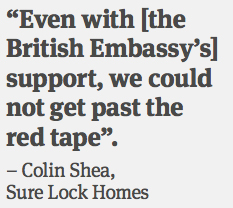 “Once the tender had been submitted, before the 25 April closing date, the prefectures and the ministry became very distant and somewhat unthankful for the offer”, said Mainwaring. He was told that the local Japanese market would be able to meet the demand for emergency housing—but that was proved incorrect by the delays over the summer that saw families, the elderly and those with infants still living rough well into August.

The Japanese government initially promised to provide 30,000 temporary housing units for victims of the quake and the tsunami, as well as those who had to be evacuated from the immediate vicinity of the Fukushima Dai-ichi Nuclear Power Plant, by the end of May. The effort fell nearly 3,000 units short and it was not until the Bon summer holidays that emergency housing was available to the 110,000 people who had been in 2,000 shelters across northern Japan. 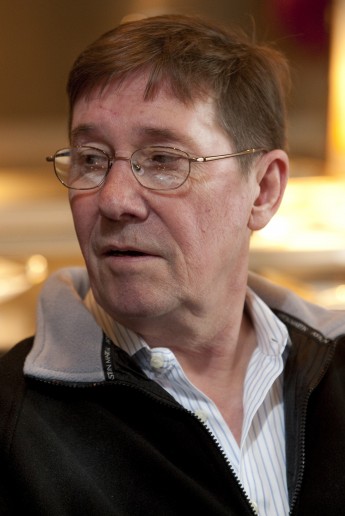 The ministry stipulated that foreign firms submitting tenders to provide emergency services or assistance needed to have a Japanese partner on the grounds that the three prefectures would find it difficult to communicate with non- Japanese firms. It also had a deadline of one week before tenders had to be submitted.

“As soon as the UK firms heard they had to find a Japanese partner and provide a tender—preferably in Japanese, as the ministry stated—most of them simply gave up”, said a UK Trade and Investment spokesperson at the embassy. “It was just impossible for them to do that”.

The official, who was instrumental in providing help and advice to a number of UK firms that decided to push ahead with the tender process, said the effort was almost certainly futile from the outset. “The ministry was, we believe, keen to show that it was doing all it could to help the people of Tohoku by opening up the opportunity to foreign trade and imports”, the official said. “For example, they relaxed the normal requirement for pre-registration as a government supplier to make it easier for foreign companies to participate. But the reality was that the need for local partners and for submission in Japanese meant that foreign companies were disadvantaged from the start”. But the problems were not limited to British firms and the construction sector.

A large amount of high-end children’s clothing was donated through the Embassy of Portugal in Tokyo during the summer, but was initially refused because the aid agencies said they already had enough, while another firm delivered boxes of gloves to a shelter in the disaster zone, only to be told that they could not be accepted as there were not enough pairs for everyone at the facility.

The barriers that foreign firms need to overcome may not be deliberately erected, and are more likely due to excess caution, inefficiency and Japan not keeping up with technological advances, believes Alison Murray, executive director of the European Business Council in Japan.

“We hope to change their mindset and, once they start removing some of the non-tariff barriers, I think there will be a significant shift in attitude”, said Murray. “They have to overcome the fear that they will be flooded with foreign imports that will be of inferior quality.

“We are not talking about not having any regulations, but we want rational regulations that meet global standards”, she said. “Where there are international standards that the EU and the US use, then Japan should use those standards as well”.

The situation in Tohoku may have been exacerbated by the preference, among local authorities, for employing firms based in the region, in order to provide work for local businesses, she said, while the government has also been slow to draw up a master plan for the overall reconstruction of the affected area.

The hurdles that Sure Lock Homes’ Colin Shea came up against simply encouraged him to try to circumvent the red tape, with a degree of success.

In early November, Shea visited the Fukushima Prefecture town of Aizu Misato to meet the mayor and local town hall staff to discuss the donation of a community centre by information technology and communications services provider KVH Co., Ltd. for evacuees from the nearby town of Naraha-machi, which was devastated on 11 March by the tsunami and lies within the exclusion zone around the nuclear plant.

Previously, Sure Lock Homes built a kindergarten in the town of Kamaishi, with the help of the local rugby team, the Kamaishi Sea Waves. The building was donated by Sure Lock Homes and the former CEO of Wedgwood Japan.

“I believe that the Japanese wanted to do everything in-house”, Shea said. “I get a sense of inflexibility.

“Anyone who visits the Tohoku region will see it is the people who are suffering; they are the ones losing out by far”, he added. “I shall never forget the look of hope and appreciation on faces of the people of Naraha on my visit to Aizu Misato. One little boy, curious as to why a foreigner was visiting the temporary home camp, said “Hello”—I think it was his only English vocabulary. And I replied in English to encourage him.

“We will never give up and shall continue offering our building solutions to the Japanese people, especially children”, he added. “We will keep chipping away, so to speak”.