Global firm is on target to achieve initiatives by 2020

“When I’m advising British companies about their approach to the Japanese market, I always emphasise the value of a long-term perspective: loyalty will be repaid with loyalty”, said British Ambassador Tim Hitchens.

“Unilever provides the perfect illustration—there can’t be a household in Japan now that does not have a Unilever product in their kitchen or bathroom.

“At a time when Japan is trying to position itself as a base for Asian headquarters, it’s fascinating to know that Unilever’s first factory—100 years old this year and still in production in Kobe—was seen as their bridgehead for entering the Chinese market, too.

“There is much for both Britain and Japan to learn from Unilever’s story”. 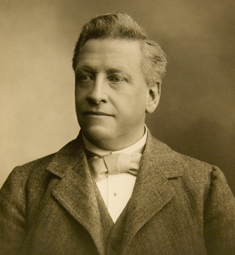 The founder of Lever Brothers, William Lever, came to Japan in 1905.

Founded in 1930, Unilever now boasts products used daily by more than 2bn consumers around the world.

The firm resulted from the merger of British soap maker Lever Brothers and Dutch margarine producer Margarine Unie. In 1905, William Lever, founder of Lever Brothers, came to Japan—already an export market for Lever products—where, in 1913, he set up Lever’s first factory in Kobe. It still stands today.

Lever was convinced that Japan was a market of the future and that he should invest heavily in the country.

The firm made a comeback to Japan in 1964, the year of the Summer Olympics, and then invested heavily here to expand the business, entering several new categories by exploiting the strength of their global presence.

One of Unilever’s earliest personal care brands is Lux, which became the brand leader in hair care in Japan while, at the end of the 1990s, Dove was launched with great success.

To meet the needs of highly demanding Japanese consumers, Unilever adapts their brands in all points from formulations to advertising. Further, Lux has developed over 20,000 shampoo prototypes to date for the Japanese market.

With women making up 75% of their consumer base and most of the purchases of Unilever products made by women, Unilever is a firm believer in diversity.

In Japan, many still believe that women should be devoted mothers and housekeepers. This can often hold them back from building a career.

“As a principle, Unilever is against the idea of quotas, as we believe employees should be promoted on merit and not gender”, said Ray Bremner OBE, president and CEO of Unilever Japan Customer Marketing K.K.

“Our challenge is that, as you go through the organisation, the more senior the post, the fewer women we have”, he said.

To attract and retain talent that is reflective of its consumer base, Unilever has introduced a number of changes to create an inclusive environment and promote work-life balance.

These include flexible working hours, the option to work from home, as well as a number of different types of child support.
“The number one challenge we have in business, I think, is the amount of overtime that is perceived as being necessary to fulfil your obligation to the company.

“We’re trying to really cut that, so people leave the office much earlier [than before]”, he said.

The proportion of women in management positions increased from 39% in 2011 to 41% in 2012, compared with the Japanese average of 9%. Three women were recently added to the leadership team.

Unilever has always had sustainability at the heart of its DNA and when Lever established the business, he believed that you had to do well by doing good.

The Sunlight brand of household soap, the firm’s first product, was aimed at making hygiene commonplace in Victorian England where hygiene was a major issue. Almost everybody could afford to buy the high-quality, inexpensive product that raised the standard of hygiene across the country.

Meanwhile, Margarine Unie was providing an affordable alternative to butter for a malnourished population.

Thus the pillars of nutrition and hygiene are the foundation on which Unilever has built its sustainability plan.

“The strength of our initiative is that it really is linked to Unilever’s values. From the earliest days we were convinced that businesses should address the challenges that society faces”, Bremner explained.

“Today we live in a world where climate change is accelerating, natural resources are being depleted, and the gap between rich and poor is increasing. Our brands need to be part of the solution”, he added.

Unilever’s vision is to double the size of the business while reducing their environmental footprint and increasing their positive social impact. Their sustainability plan has three goals, to be achieved by 2020: help 1bn people improve their health and well-being; halve the environmental footprint of their products; and source 100% sustainable agricultural raw materials.

The firm is on target, or ahead of target, for 45 of their 50 goals. However, a remaining concern is consumer usage.

“Water shortage is a big issue for us, because almost every product we sell uses water either in manufacturing or in its usage”, he explained.

A baseline study indicates that consumer use accounts for 85% of the water footprint and 68% of the greenhouse gas footprint across the value chain of Unilever products.

Thus, the firm decided to try to inspire consumers to decrease their shower time by one minute every day to save energy while reducing greenhouse gas emissions.

“We want to be able to show people that what you can choose in the supermarket and how you use it, can make a difference. If 2bn people take small actions every day, that will start making a difference to the world”, he said.

Another concern is waste from packaging. To try to overcome this, Unilever launched refills in Japan in 2003. These have been hugely successful. Today refills account for about 80% of the sales of personal care brands.

“The question now is how to get people thinking about buying things in a different way.

“We have started making bigger packs costing slightly more, but actually saves the consumer money on average”, he added.

Unilever was the first firm to use sustainable palm oil and now, according to Bremner, the firm purchases all their palm oil from sources that have been certified as sustainable.

“This shows that one company can start to make a difference and other companies will follow. And that’s really what we think is important: being seen as an example to other companies.

“Over the longer term, we want to see this as the beginning of a new way of doing business”, he said.

In addition, the firm is focusing on supporting survivors of the 2011 Tohoku earthquake and tsunami through its brands and volunteer activities that are led by employees.

Unilever plans to grow its Japan business not only by winning market share, but also by expanding their categories and bringing new opportunities to Japan.

“We believe consumers are going to look to businesses to be more responsible, and that they want to buy brands they feel stand for something that is important to them”, he said.

By 2020, Bremner believes that consumer awareness will be far greater, a necessary change if something is to be left for the next generation.

“I think consumers will place more demands on businesses to act in a different way and be shapers of society—rather than wait for society to mandate change. I’m also sure that Unilever will want to be at the forefront of sustainability initiatives”, he said.