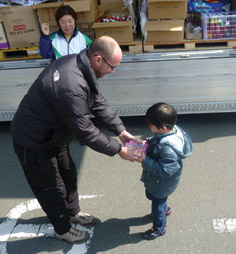 BCCJ CSR partners Hands on Tokyo is securing a delivery route to the affected areas and requesting unused towels, toothbrushes and toothpaste. The Chamber has also been working with Second Harvest Japan to fill twice daily van deliveries to the Tohoku region, and has planned a Special 51 Night for 7 April to raise funds for small NGOs delivering supplies to disaster areas that have not been featured in the mainstream media.

Unilever has given soap, shampoo and tea, as well as toiletries that did not require water such as wipes. They are matching cash donations from staff, some of whom have delivered items to shelters.

Hays Japan will match cash donated by staff, some of whom also gave commodities at a fundraising drive.

The Robert Walters Group has donated cash and will match cash given by staff, some of whom also donated items.

K9 Natural Japan has donated about ¥800,000 worth of premium dog food to several NPOs and will give a portion of its proceeds in April to disaster relief. Headquartered in Christchurch, K9 is also raising money for New Zealand’s earthquake victims, said CEO Steve Collins. 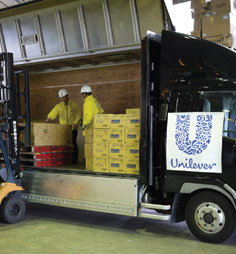 Pearson Kirihara K.K. gave 18 tonnes of supplies for employees’ families and their communities, and has offered 4.5 tonnes of rice and a pallet of nappies. A fund, started with $25,000, will raise money from global employees, whose donations they will match, and from teachers in Japan to establish an education trust for students.

The HSBC Group will give at least $1m to aid agencies and is running a donation drive for customers.