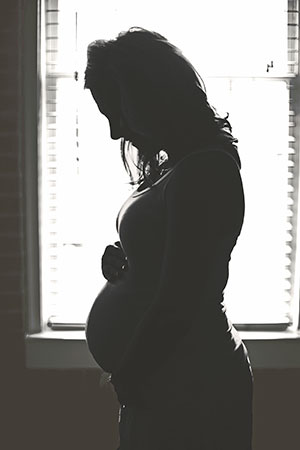 Japan is statistically one of the safest countries in the world in which to give birth, with extremely low infant and maternal mortality rates.

However, the treatment and advice given to pregnant women in Japan can appear incongruous with that given in the UK. This is especially true regarding exercise, diet and being active outdoors during pregnancy. And even across the country it varies wildly.

As a mother who has recently given birth, in my experience, and that of my colleagues in the outdoor industry, the advice given in Japan is dependent on each individual case.

Pre-pregnancy fitness, and frequency and experience of physical activities, coupled with the pregnancy’s progression, dictate how long, and to what degree, certain sports can be continued during pregnancy.

On the contrary, the UK’s National Health Service (NHS) has a more definitive stance on the topic. The current advice is that “as a general rule, you should be able to hold a conversation when pregnant. If you become breathless as you talk, then you’re probably exercising too strenuously”.

The NHS lists sports and exercises to completely avoid, regardless of individual circumstances, fitness or background. This is significantly different from what happens in Japan, where doctors permitted me to offer ski instruction into the sixth month of my pregnancy.

Interestingly though, the UK’s system does promote getting outdoors frequently during pregnancy, regardless of the season. Meanwhile, the advice given in Japan cautions against cooler temperatures and allowing the stomach, ankles and feet to get cold. Even in the heat of summer, socks and thick layers around one’s middle are recommended.

Following the logic of staying warm, it makes sense that onsen (hot springs) are given the green light for pregnant women, albeit in moderation. Once again, this stands in sharp contrast to the British advice not to use hot tubs and saunas during pregnancy.

Though the Japanese stance on exercise seems somewhat liberal, the view towards diet and weight gain is strictly a “one size fits all” approach, with no room given for variable factors. A total of 6–9kg is deemed an acceptable weight gain during pregnancy.

It is very common for obstetricians to tell off those who they feel are gaining too much weight too quickly. These chidings can come with assumptions that the woman in question is consuming copious amounts of junk food, and include instructions to lose weight through a healthy diet.

Sharing her experience, Vim Ski coach and owner Julia Webster said: “After gaining a total of 5kg in five months I was told off by the nurse. I was asked if I liked eating cookies and told to diet. Circumstances since brought me to deliver in Australia, where my doctors are currently concerned at my lack of weight gain”.

In the UK, specialists determine the extent to which weight gain is considered healthy by considering the individual’s body mass index prior to pregnancy. This means that the advice given to a heavier set woman will differ to that given to a petite woman, as what may be healthy weight gain for one may not be for the other.

Thousands of healthy babies are born in Japan and the UK every year following practices that have been followed for generations.

As a new mother, I believe the key to navigating our way through the deluge of seemingly contradictory information and deciding which recommendations to take is considering all in moderation.

Pregnancy is not the time to do things to the extreme or take up new sports, but listening to your body and knowing what you are comfortable with, and capable of, may help you find some happy middle ground.