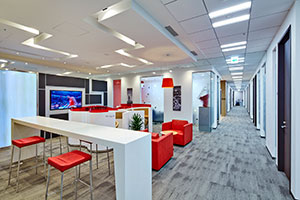 In the comic strip “Dilbert”, the characters are all consigned to cubicles, where they either get on with their work or slack off. Their supervisor has his own office, away from the drudges, where he can talk to people higher up and generally make sure he retains his importance without doing much to improve the lot of the company.

The office layout is fundamental to the strip’s premise. Without its absurdity, isolation, reinforcement of hierarchy and creation of an atmosphere in which workers attend, but do not communicate (at least outside of the meeting room), the characters who inhabit Dilbert’s universe would have to change their ways and cooperate more.

Dilbert continues to strike a chord globally with workers who find their office environments oppressive. And for much of the 20th century, the office space Dilbert inhabited was not too different from that which the average worker experienced. However, that is changing, together with workplace practices as office spaces are upgraded and interiors designed with consideration given to flexibility, accessibility and a more communicative environment.

One firm that is helping to drive the change, and benefiting from it, is Regus Japan K.K. According to a survey by the firm of 40,000 business people around the world, 78% said flexibility in the office environment also helps to improve productivity. “We see that demand, and provide products that meet market requirements”, said Satomi Kawasaki, Regus’s marketing director.

But the government also has a role to play.

“Nowadays, in order for office buildings to get permits to build, there are certain incentives given for accessible design, which offers advantages for the developer or owner”, said Christopher C. Brooks, an office designer and executive officer at Garde. “In accepting the incentives, the developer or owner must then mandate that all tenants comply with similar accessible design criteria. While there is no law enforcing this, it has now been fixed into the general building rules and regulations for all tenants”.

It is not just individual firms that are bringing about innovations. “Office design is seeing a major shift, as people continue to become more and more mobile, and the biggest shift is the rise of co-working environments”, said Mark Dytham MBE, co-founder of Klein Dytham architecture.

The push to share office space is being driven by a number of forces—an improved environment for startups, independent workers and smaller businesses—that probably will continue to be a factor in Japan’s economic development, as the era of the keiretsu conglomerates begins to look increasingly out of date. 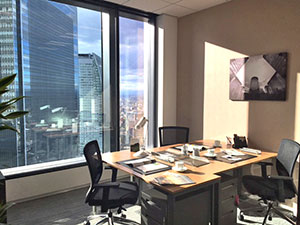 “Over time, the overall characteristics, regulatory structures and social norms of Japan have shifted from being highly unfavourable to a vibrant startup ecosystem, [to being] a far more supportive environment”, according to Kenji Kushida. A research associate at Stanford University’s Walter H. Shorenstein Asia-Pacific Research Centre, Kushida made the comment in a recent report, where he added: “A generational shift is accompanying social normative changes that are becoming more supportive of entrepreneurship and high-growth startups”.

That shift has led to opportunity. Rachel Ferguson of Ryozan Park says her company has seen huge demand for shared spaces. “[We started] the Sugamo office in 2014 and the Otsuka office in 2015”, she says, explaining that, “They took about a year to fill up”.

Her firm, which has office space for around 310 people in the less upmarket northern area of Tokyo, has found success by fostering community—making sure those in shared spaces know each other—and by giving an opportunity to those who perhaps otherwise would not be able to work. “We try to get people to collaborate with each other”, she says. “We encourage that as it really helps things work”.

They have, for example, parties where those renting the office space can use tokens they earn from Ryozan Park to buy beer and food. To earn the tokens, renters must give presentations on their current work and introduce new people to the facility to do other things in order to encourage more collaboration.

“This may not be the trend, but it is certainly something we have succeeded in by providing a niche service”, she says.

One Ryozan Park office has pre-school facilities for young children. “With [this office], there was only one other place that we knew of”, Ferguson says. “But in the year it took between conception and opening [of Ryozan Park], another two or three [similar sites] have popped up, and it is probably even more than that now. Being able to keep women in work remotely at satellite locations during maternity leave—those who do not want to be out of work—is really heartening”.

Kawasaki of Regus says her firm has found that offering workers a space which allows more independence is what sells best. “Companies that have barrier-free offices can be recognised easily [as having a certain type of] culture and policy”, she says. 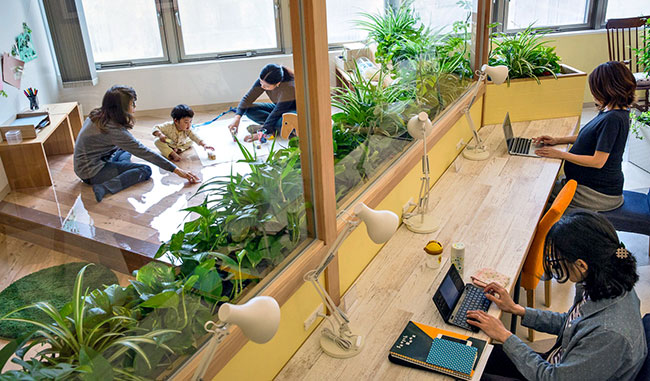 There is plenty of reason to believe that Tokyo is going to continue to develop more offices—it always does. Earthquake protection, IT requirements, the 2020 Olympic and Paralympic Games and the government’s economic policy have all helped bring about a building boom. But it is now at such a level that making sure the office is above standard is essential.

“Although the rental market, not least for offices, is still tight, growth in rents is expected to slow, due to new supply and increasing uncertainty over the macroeconomic outlook”, according to the latest survey conducted by CBRE, a commercial real estate services firm. “Consequently, further yield compression is likely to be limited, especially for prime assets in central Tokyo”. In other words, Japan is again becoming a renters’ market.

For Dytham, the idea of a firm selling its office space on the barrier-free concept is a strange one. “Barrier free—it should not be a question, really. All projects have to be barrier-free, have been for years … even in Japan. Standards are pretty worldwide these days”.

As such, modern-day jobseekers are probably looking beyond the layout of the office to the removal of barriers surrounding gender inequality, more tolerant in-house attitudes and HR flexibility. Workers of the future are likely to be confused regarding how Dilbert managed to get a giggle from so many people.