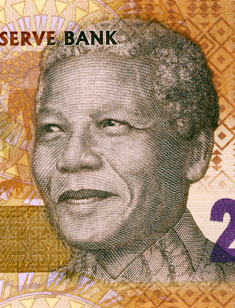 I have often remarked, in these pages and elsewhere, on my good fortune in having pursued a career in journalism, broadcasting and public affairs, which has allowed me to meet and talk with people from all walks of life.

This includes politicians at the highest levels of office, athletes at the pinnacle of their careers, and writers, artists, actors, singers and performers of almost every stripe.

I have especially enjoyed meeting ordinary people who have witnessed or done something extraordinary in their lives. Almost without exception, such people have been an inspiration; certainly each in their own way has been my teacher.

Over the past several years, I have often been called on to speak at conferences, symposia and a variety of gatherings. Usually I am asked to discuss the Anglo-Japanese relationship, but increasingly the proposed subject is leadership, an area that—in the broadest sense—takes up more and more of my time.

As most public speakers will agree, the best part of these encounters is the Q&A session, when you never quite know what’s coming. For me, one question tends to recur: “If you could meet anyone in the world, who would it be?” And until now my unwavering answer has always been the same: Nelson Mandela.

Unless there is an afterlife and I happen to qualify for a place in the same space as Mandela, meeting him is sadly no longer an option.

But I am glad I had the chance to learn about this man, to witness his extraordinary life, celebrate his freedom and relish his rise to power.

Mandela was of the Xhosa group of people, born into the Thembu royal family. He studied law at the University of Witwatersrand and it was there that he began his involvement in politics.

With the Afrikaner nationalists coming to power in the late 1940s, Mandela sought to fight off the apartheid policies they advocated. He became a prominent leader of the African National Congress (ANC) and was frequently arrested for what were considered by the South African authorities “seditious activities”.

During the early years of his campaigning, Mandela opposed violence, but in the early 1960s he aligned himself with Umkhonto we Sizwe, the armed wing of the ANC that initiated a bombing campaign against government targets. He was soon arrested and sentenced to life imprisonment.

At his trial in 1964—at which he chose to defend himself—he made a statement that still reverberates with anyone who truly cares about freedom: “I have cherished the ideal of a democratic and free society in which all persons live together in harmony and with equal opportunities. It is an ideal that I hope to live for and to achieve. But if needs be, it is an ideal for which I am prepared to die”.

In total he served 27 years behind bars, most notably on Robben Island, where he contracted the tuberculosis that was to plague him for the rest of his life.

International forces pressed for his release from prison and in 1990, at a time of increasing civil tension in South Africa, he was freed and became president of the ANC.

Remarkably, just a few years later the ANC surged to victory in national elections and Mandela was elected president of South Africa, the first non-white person to hold office.

He was quick to enact moves to defuse racial tensions and set up the Truth and Reconciliation Commission, which was tasked with investigating human rights abuses that had taken place in the past.

His efforts were recognised in 1993 when Mandela, along with former President FW de Klerk, accepted the Nobel Peace Prize.

For most people, achieving such a high office against all odds would have been sufficient, but Mandela was not like other men. He served a term as president (as he said he would) and then stepped down.

But his commitment to his country and social good was undiminished. HIV and AIDS were close to his heart, as he had a son who died of AIDS. He fought on behalf of sufferers, just as he continued to campaign on behalf of the nation’s children.

Mandela was also instrumental in setting up “The Elders”, a group of senior global leaders who he believed should use their experience and influence to make a difference in the world, focusing on what might best promote the shared interests of humanity.

Mandela in death is not without controversy. There are those who still see him as a terrorist, someone who was prepared to use violence to further his aims. Former Prime Minister Margaret Thatcher reportedly held that view until she met him.

The Queen herself was reputed to have been similarly charmed, Mandela apparently having called her “Elizabeth”. Perhaps as a man of royal blood he felt he was entitled. Or perhaps he simply believed in equality for all people regardless of class or colour.

The world is poorer for his passing but richer for his having been among us. And, yes, I regret not having had the chance to meet him.