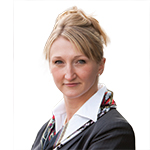 Most competitive election in history of the BCCJ

At our extraordinary general meeting (EGM) on 5 March, BCCJ members unanimously agreed on amendments to our constitution, which included: direct elections for the position of BCCJ president, a provision for electronic voting for the executive committee (excom) and presidential elections, and new rules for electioneering.

On 13 March, we opened the nomination period for excom seats in the forthcoming chamber year. By the nomination deadline (26 March, 5pm), we had received a record 27 names; 25 candidates agreed to proceed with a contested election.

Under our constitution, excom is run by a minimum of 12 and a maximum of 15 members. At this year’s annual general meeting (AGM), to be held on the evening of 23 April at the Shangri-La Hotel Tokyo, there will be 25 qualified and approved candidates competing for excom seats, creating the most competitive election in our 65-year history.

Since 9 April, BCCJ members with voting rights have been asked to vote in the online election, which will run until 21 April.

Under the BCCJ’s one-member-one-vote framework, votes should be submitted by one nominated representative from each member company, as well as from all individual members.

Via our secure voting platform, voters can select from one to 15 candidates. Each candidate has written a pledge of up to 100 words, outlining how they plan to serve the BCCJ. These pledges along with candidate photos can be viewed on the election website.

In previous years, votes have been cast on paper and ticks counted by the eagle eyes of our Operations Manager Sanae Samata; I’m sure you can imagine her relief at having moved to e-voting!

In a further win for good governance, the results of the election can be seen only when the voting period closes, which means the outcome will be a complete surprise to everyone, including the secretariat.

Of all candidates, David Bickle, a director at Deloitte, has raised his hand to serve for one year as president of the BCCJ and chair of excom.

David, who joined excom in 2013, is therefore nominated to serve as president in the forthcoming chamber year, while Sue Kinoshita, director of UK Trade & Investment at the British Embassy Tokyo, and Jeff Streeter, head of the British Council, will continue to serve as our ex-officio excom members.

The excom election results will be announced at our AGM in the presence of British Ambassador Tim Hitchens CMG LVO.

I encourage all members to attend this event, to bid sayonara to another fruitful year at the BCCJ and to welcome your new excom. It looks to be a nail-biting evening.