Rules and regulations that are applied to firms in the financial-services sector in Japan have been eased over the past five years or so, a development that has been broadly welcomed by foreign firms operating here, although there are still areas in which further changes would benefit consumers, the industry and, ultimately, the Japanese economy overall.

The European Business Council in Japan (EBC), the American Chamber of Commerce in Japan (ACCJ) and the Tokyo-based International Bankers Association (IBA) are strong advocates of reform, with dedicated committees in the EBC and ACCJ making recommendations in key areas of banking, insurance and asset management.

And Japanese regulators, in most cases, are proving to be good listeners and keen to take on some fresh perspectives. The Royal Bank of Scotland (RBS) is an active participant in the IBA and ACCJ, contributing to dialogue with regulators and lawmakers to help the evolving legal and regulatory environment reflect global market best practices tailored to the local business needs. 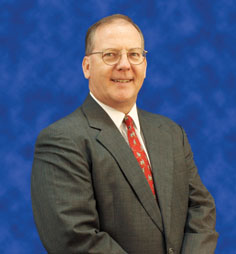 Ernie Olsen, RBS country executive and head of Global Banking & Markets, said: “There is a very good two-way dialogue with our regulators, and the financial-services community sees room for further improvements to be made in a number of areas. One category for improvement is a better definition of rules for individuals as compared with large corporations and financial institutions. Important legislation has been put in place to provide for appropriate protections of investors and clients, and these could be improved through adding distinctions appropriate to different levels of sophistication between these two classes of clients. This would allow for a further improvement in customer service to the wholesale client base”.

Stuart Milne, IBA vice chairman, said: “The Financial Services Agency (FSA) does go to the effort of asking for the views of the industry and of seeking out the IBA’s views because it represents nearly all the foreign banks operating in this market and we have ideas on best practices. We also have regular informal conversations with senior officials from the FSA and Bank of Japan who want to hear our ideas, although it is ultimately up to them whether they decide to make subsequent changes”.

But significant changes have been made in recent years that have brought Japan into line with regulatory systems that are employed in other jurisdictions. Olsen, who is also co-chair of the ACCJ Banking and Finance Committee, said the Japanese regulatory environment has improved markedly over the past decade. “There is a much more open dialogue, and while we might not always agree, there is an open exchange of opinions. This is a very constructive development. Globally we are all challenged with the need to refine the regulatory environment to cope with the evolving financial markets, and it is critical that we all work together to foster a reliable and transparent regulatory system to ensure the smooth working of our financial markets”.

Milne said the view five years or so ago was that Japan was a very difficult market, from a regulatory point of view, in comparison with the rest of Asia. “In that time, we have seen quite a lot of deregulation that has made things easier for operators in the financial-services market here”.

For Milne, arguably the biggest concession was on the relaxing of firewalls imposed between securities firms operating here and banks, which had made it very difficult for foreign firms with both operations to act as a cohesive unit. That, in turn, caused difficulties in head offices overseas, in terms of how the Japanese market was perceived.
Milne applauds that change, as well as the clear shift in perception among regulators, from being in place to protect weak Japanese banks from foreign competitors, to protecting the consumer and promoting the market. 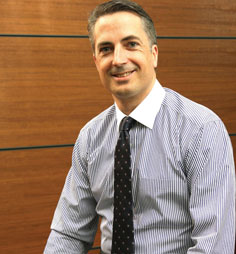 “The reason why there isn’t a lot more foreign investment in Japan and some foreign institutions are reducing their presence here has more to do with economic and demographic problems”, said Milne, who is also country manager for the HSBC Group in Tokyo.

“Against a backdrop of low rates of growth and asset deflation, companies have to weigh-up reasons for why they would put capital into this market. It is highly competitive and you really have to be quite disciplined in selecting the areas in which to participate”.

As a result, bankers’ efforts have turned from regulatory reform to encouraging the government to find ways to mobilise the estimated $17 trillion in household savings that are presently not being put to a productive use. Changes in the way that Japanese government bonds are utilised, as well as changes to corporate taxation levels would be positive measures, along with raising the consumption tax.

Olsen says there is also a need for further improvement in the consumer credit bureau system with respect to both the type of data collected, and the permitted uses. “The social environment is not supportive of this yet, as there is some feeling that the banks will step in to provide consumer and small business finance following the demise of the traditional lenders in these industries. Once it becomes clear to society that this cannot happen without further reform, the time will be appropriate to pursue these developments to the infrastructure necessary to support consumers and small businesses”.

The IBA released a position paper in 2010 outlining nine recommendations for reforms that would promote economic growth in Japan, with activating the vast pools of capital first on the list.

The paper calls for devising a new model for pensions by means of privatisation, which has already been successfully achieved in Australia, Hong Kong and Singapore.

That should be implemented in tandem with interim tax measures designed to encourage individuals to plan their own investments and the introduction of tax-deferred schemes, attractive capital gains regimes, the elimination of tax on dividends and the netting of profit and loss on financial products for individuals.

Critics agree cash swilling around in the Government Pension Investment Fund could be put to more productive uses, while the Japan Post Bank and Japan Post Insurance should undertake more active investments across all sectors of the private credit markets to enhance returns and stimulate innovation. Shareholders need to become more active in voting on the corporations in which they hold a stake, while a corporate bond market needs to be developed. Equally, financial services should to be identified as a strategic industry for future growth, the association believes. 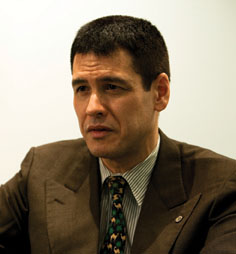 John Kakinuki says FSA should lighten up a little

John Kakinuki, executive officer and head of the Legal and Compliance division at AXA Life Insurance Co., says regulations in Japan have been eased somewhat in recent years, but that is not a bad situation to be in. “Financial services in Japan are more heavily regulated than in many countries, and are similar to those in the UK, the US and Hong Kong. But that is to be expected in one of the world’s major financial-services markets”, he said. “We would not want regulation to be by whim, caprice or bribe, as in places like the Philippines or Indonesia or, dare I say, China.

“Regulation in Japan is less onerous and more transparent than 20 years ago, or even 10 years ago”, he added. “The initial phase of transparency began with the financial Big Bang that took place from 1996 to 2001. It continued as the FSA took away more and more authority from the old Ministry of Finance and then, partly due to discussions with regulators in Europe and the US, moved away from rules-based regulation to principles-based regulation”.

A new inspection manual for insurance firms will come into effect this year. Some firms with poorer risk management may claim it is more onerous, but Kakinuki says that it is designed to ferret out the sort of problems that resulted in the financial crisis and the sort of issues that firms critical of the changes would prefer remained hidden. “The FSA’s standards are exacting, but generally and overall no more exacting than the UK Financial Services Authority, the French Autorité de Contrôle Prudentiel, or the various, overlapping and confusing financial regulators in the US”, he said.

The EBC’s Insurance Committee continues to push for a level playing field that, it finds, is not always present, such as the government’s favouring of Japan Post—which may even be a violation of WTO requirements, Kakinuki believes—lengthy product approval processes, poor international transport infrastructure and the lack of competent English-speaking employees.

For the EBC Asset Management Committee, the priority is to increase the proportion of financial assets that are managed by investment management firms. The figure currently is relatively low in comparison with that of other major economies. By providing professional advice and innovative services in this increasingly complex market, the committee says, asset management firms are proving they can contribute to the more effective allocation of resources in the wider economy.

But Kakinuki knows the one change that, he believes, would have the biggest impact on financial-services firms doing business in Japan, and it is not a legal or regulatory issue. “The FSA should lighten up a little on how they frighten everyone before, during and after a periodic inspection”, he said. “For insurance companies, they come every three or four years and turn everything upside down. It is similar for banks and securities companies, although the FSA has cut back a little on the depth and detail of their inspections in recent years”. Selling British cars and motorbikes in the Japanese market might at first appear like shipping the proverbial coals to Newcastle. But there is still sufficient skill and know-how in the UK automotive industry—particularly in the area of niche and specialist vehicles—to drive solid demand in Japan.