Essayists from Jamaica and the Philippines fought off entrants from 43 countries around the world to win the top awards in the Japan Foreign Trade Council, Inc.’s, 2011 Essay Competition and accepted their prizes in a ceremony at the Hotel New Otani in Tokyo on 6 January.

Nicole Brown, a Jamaican who works as a programme manager at the Tobago House of Assembly, Republic of Trinidad and Tobago, took the Grand Prize for her essay “Japan v 3.11—Reclaiming the Date”, while Manila-born Chiden Balmes, who works as a communications assistant for the ASEM SMEs Eco-Innovation Center in Seoul, accepted the Prize for Excellence for his essay, “The Making of New Innovative Japan: Road Map to Great Recovery”.

The essay theme was “Vision for a New Japan after 3.11” and, according to council Chairman Shoei Utsuda, the maximum length was 4,000 words, with a record 186 submissions having been received. “Ever since the Great East Japan Earthquake of March 11 last year, thousands of people remain in temporary housing”, Utsuda said.

“Among the essays received, we found a lot of opinions and suggestions about attitudes Japan might take, or visions it might develop, to rebuild from the disaster as early as possible and to reinvigorate itself as a ‘New Japan’—not only for Japan’s benefit, but also in order that it might contribute to the rest of the world”.

The competition attracted many entries from young people overseas who had been affected by what they saw in television footage of the magnitude-9 earthquake and the tsunami that it triggered, he said.

Accepting her award, 29-year-old Brown said the title of her essay—“Japan v 3.11—Reclaiming the Date”—is intended to emphasise that, in the aftermath of the most devastating natural disaster to strike this country in living memory, Japan needs to devise a new model to achieve new successes.

In order to create this new model, Japan must adopt a new set of values that take advantage of all the positive aspects of Japanese heritage, tradition and ethics, as well as recognise anew its humanity and social wellbeing. In addition, there is a need to devise a new national philosophy that links Japan with the rest of the world, sets a new vision for the future, and pursues innovation and productivity in industrial areas such as renewable energies. 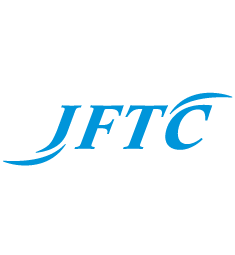 These changes, Brown believes, are required if Japan is to create a national structure that can lead the world, although she concluded her remarks by saying that, while Japan is a relatively small nation, it has shown before that small is merely a state of mind. Japan has demonstrated that it can both think and operate on a large scale, and there is no reason that cannot happen again.

Speaking to ACUMEN after the awards ceremony, Brown said it had taken her six weeks to complete the 14-page entry.

“The theme was very appropriate because I was watching the scenes of devastation on CNN as it was happening here, and I immediately began to wonder what could be done to help those affected”, she said. “I wanted to do something, no matter how small it might be”.

Balmes expressed similar belief that Japan can—and will—rebuild in the aftermath of the disasters. His essay, titled “The Making of New Innovative Japan: Road Map to Great Recovery”, supports his theory that the country needs to become an “innovation superpower”, and compellingly outlining Japan’s potential in the areas of entrepreneurship, environment-friendly technologies and Japan’s role on the global stage.

Balmes’ essay concluded that March can be taken as a major opportunity for Japan to lead the rest of the world in innovation.

“I was writing a university paper when I saw the footage of the disaster”, he said. “I have a long attachment to Japan because my sister worked here for three years and I found myself thinking about how the Japanese people would survive this and come back stronger”.

The entries were considered by the selection committee, which was headed by the committee chairman Dr Iwao Nakatani, director of research at Mitsubishi UFJ Research and Consulting Co., Ltd. and chairman of Fushiki-an, and vice chairs Prof Yoko Wake of the Faculty of Business and Commerce at Keio University, and Kazuo Mori, a senior staff writer at Nikkei Inc.

“In reading through the many fine essays, I was struck by how keenly so many people from outside Japan had felt the devastation of the immense earthquake on the Pacific north-east coast”, the committee chairman Dr. Nakatani said. “I also saw the very great interest that people have in the country of Japan, for which I, as a Japanese citizen, am very grateful indeed”.