Most overseas visitors do not know of Kyushu, and exclaim, “It’s far away, isn’t it?” But it’s not that far, being only 90 minutes by plane from Tokyo International Airport (Haneda) to Fukuoka. Kyushu is there, waiting for you.

As the historical gateway of Japanese civilization, the island offers many historic treasures and modern cities, as well as astounding natural beauty.

The magnificent Mount Aso Caldera stretches 24km from north to south, and 18km east to west, while the craggy volcanic peaks cover an area of 4km from its centre.

Mount Naka, in the middle of the basin, is the main attraction in the area and is among the largest calderas in the world. With a diameter of 600m, a depth of 130m,and a circumference of 4km, the caldera is surrounded by dynamic scenery.

When Mount Naka is particularly active, approaching the crater isn’t permitted, but, if you do have the chance to see it, take the 900m Mount Aso ropeway or go there by car. 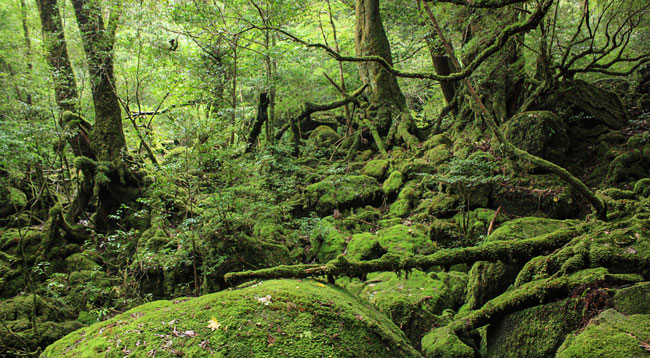 Yakushima is an island that had about 20% of its forest registered as a UNESCO World Heritage Site in 1993. The island is known as the “Alps in the ocean”, since it has Mount Miya-no-ura, the highest peak in Kyushu that was selected as one of Japan’s best 100 mountains.

Add to this Wilson’s Stump, the Jomon Cedar, other large, ancient Yaku cedars, and the nation’s northernmost forest of banyan trees.

Depending on your time and energy, there is the National Recreation Forest for leisurely strolls, the river for canoeing and river trekking, and the ocean for snorkelling and other marine sports. Nagata-hama beach, on the island’s northern shore, is a world-famous spawning area for sea turtles. 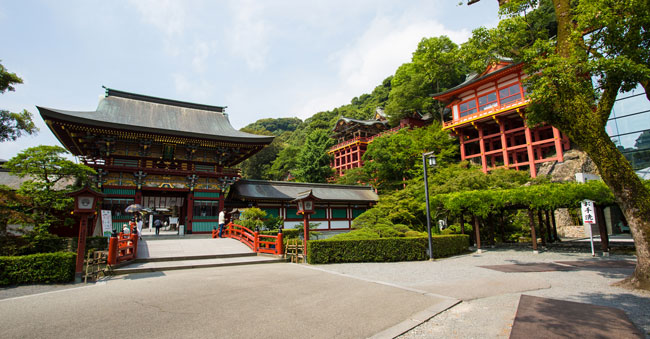 Located in the city of Kashima, this is one of the most famous Shinto shrines dedicated to Inari—a god associated with rice prosperity and foxes—and is the third largest of its type in the whole country. The shrine, which was founded in 1687, is built into a valley hillside and is a popular location for new year celebrations. 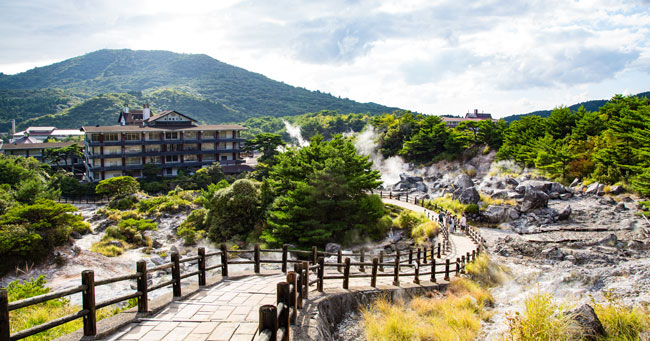 Dotted around the area known as Unzen Jigoku (also Unzen Hell) are as many as 30 hot springs. The area is covered with white clay that is emitted from the hot and cold springs. The Shiro-dodan azalea cluster, designated as a natural monument, can be found there, as can a monument to the 26 Japanese Christians who were executed in the 17th Century in the springs’ boiling water. 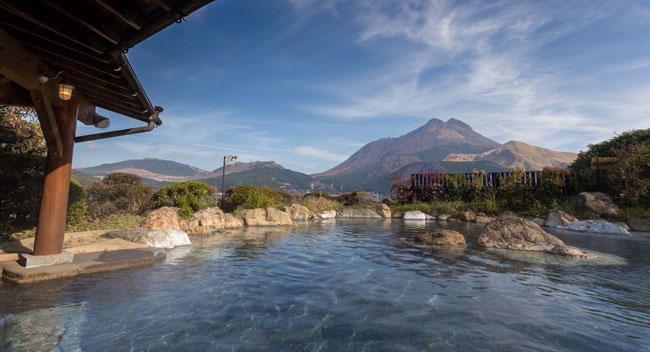 Yufuin Onsen is located at the foot of the elegant Mount Yufu. At one time, it was just a small, therapeutic bathing area by Lake Kinrin. However, since the 1970s, events—including film and music festivals and the Beef-Eating Screaming Competition—have been held to try to slow down regional decline and the onsen has become famous. Today, people flock to this highly ranked hot spring.

A variety of lodgings can be found here, including traditional and elegant ryokan (inns) and boarding houses. Although overlooked by many tourists, some spots, including the Christian Cemetery, are rich in history.

The local climate is typical of a river basin, and as a result morning mist is visible in winter and Lake Kinrin is famous for being especially misty. 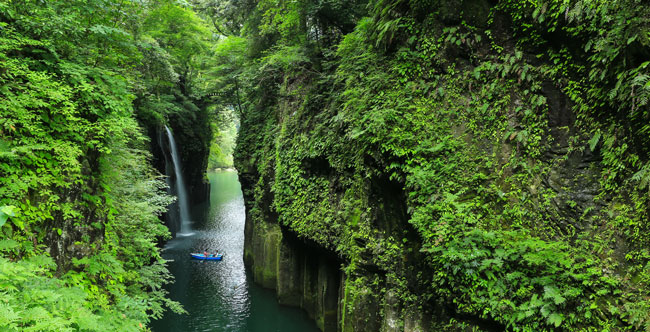 Takachiho Gorge, formed of lava from Mount Aso, has eroded over time to create cliffs 80–100m high made up of volcanic basalt columns. The ancient abysses, with water trickling down from the rocks, are complemented by vivid greenery in early summer and tinted leaves in autumn.

Part of the way along the gorge is the 17m-high Minai-no-taki waterfall, which cascades into the river below. It is truly impressive seen against the backdrop of dense green foliage and the surrounding grey cliffs. 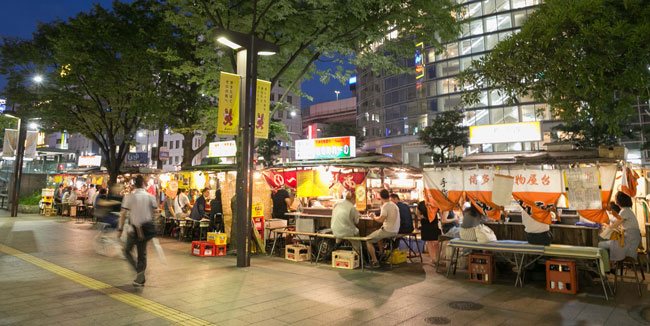 Fukuoka’s yatai—open-air food stands—are one of the city’s best known symbols and they can be relied upon to serve up tasty ramen and other street food.

Kurume City, known as the birth place of tonkotsu (pork bone broth) ramen, has 11 ramen shops and one food stall within 10 minutes’ walk of Nishitetsu Kurume Station. The poet and novelist Kazuo Dan (1912–76) praised Kurume’s ramen as being the best in Japan. The heavy pork flavour and cloudy white colour of its soup are the dish’s trademarks.