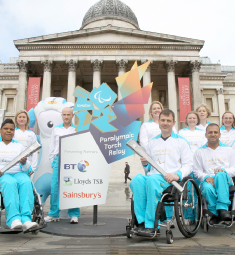 Despite threats, the games are great for business

Over the 19-day duration of the games, the VisitBritain organisation expects that 1mn people will visit London each day, of whom 600,000 spectators will arrive from overseas and spend millions on accommodation, travel, dining out, visiting other attractions and souvenirs. But the economic impact will reach much further.

No less than £6.3bn has been invested in the city’s transport infrastructure since it was announced that London would host the 2012 Olympic and Paralympic Games. But there are many more positive implications for longer-term business opportunities.

“The combination of the Queen’s Diamond Jubilee and the Olympics is really putting the UK front and centre on the world stage in 2012”, said Richard Buttrey, head of international trade at the British Embassy Tokyo. “The UK brand is everywhere in Japan at the moment—we have just started a fun project to photograph people in the street [with] the union flag on T-shirts, bags and accessories.

“It’s easy to spot candidates each and every day”, he added. “Just imagine how difficult the project would be for the French or Germans!”

And all that attention translates into business, he points out.

“In the months immediately following the terrible earthquake and tsunami in Tohoku, the numbers of travelling British exporters were substantially down, but in the three or four quarters since then, the embassy has dealt with a record number of trade enquiries and Japanese investment into the UK goes from strength to strength”, Buttrey said.

“A number of British and Japanese businesses are specifically leveraging key themes from the Olympics, such as business continuity planning and sustainability, to target new clients and partners”.

One of the sectors to see the impact of the games—with London being the first city to host the modern event for a third time, following the 1908 and 1948 games—is the airline industry. Both British Airways and Virgin Atlantic report brisk business in the run-up to the opening ceremony on 27 July.

“We’ve seen plenty of international interest in travelling to the United Kingdom this year”, said Vishal Sinha, regional general manager at British Airways for Japan and Korea. “The lineup of special events and festivities across London and the United Kingdom, combined with the stronger Japanese yen, means that this is an opportunity not to be missed for Japanese travellers.

“We are very pleased with the bookings that we are seeing out of Japan over the coming months”, he said. “Seats during this period are filling up quickly and, as we get closer to the peak summer months, we anticipate more bookings to come through as a result of our regular promotions”.

After some early uncertainty in the market, seats are also selling out aboard Virgin aircraft, said Richard Myerscough, country manager for Japan.

“The booking curve for this year has been dramatically different from that of previous years”, he said. “The Japanese travel trade struggled to secure group hotel inventory in the UK, so they put the Olympics period into hiatus for their core group package customers.

“As we are the recipients of such decisions, we saw an initial dip in demand during the late July and early August Olympics period”, he added. “Thankfully, there has been a resurgence of late and independent travellers, as well as of some groups, as an increase in available hotel inventory came on-line”.

Virgin also took proactive pricing steps to encourage travellers who were slightly nervous about venturing to London alone for the Olympics by launching a mid-summer sale.

“Following the great success of the recent Queen’s Jubilee—and the Royal Wedding last year—there is a significant groundswell of anticipation and excitement surrounding the Olympics in the UK, which we clearly all hope will be a great success, too”, Myerscough said.

“London looks and feels ready for the huge showcase event of the Olympics and I am very confident that it will show London and Britain at its very best”.

Hotels in the host city are also reporting elevated business in months that are traditionally busy with visiting tourists.

The Mandarin Oriental Hyde Park is fully booked for the opening and closing ceremonies and has “healthy occupancy levels” over the remaining period of the games, according to Jackie McDevitt, public relations manager for the hotel.

There are, however, a number of concerns that the games will not go completely smoothly, given that some union leaders are calling for industrial action then.

Len McCluskey, the general secretary of Unite, Britain’s largest trades union, told media that exploiting the games would be justifiable and members of the city’s bus workers’ union and London Underground staff have also threatened to strike over pay.

But initial enthusiasm among drivers of London’s famed black taxis has waned. “I think the initial perception from the taxi-driving fraternity was very positive about the level of business that would be generated by the Olympics”, said driver Michael Flack. “Gradually, though, reality has set in and it now looks like a serious loss of business will be possible”.

Taxis have been banned from priority lanes that speed up traffic to and from Olympic venues, so regular cab users are saying they will be finding an alternative way to get around the city.

Other areas of concern include borders and airport security that needs to be in place for an event that will bring together athletes from 204 nations, but with the curtain about to go up in London, the belief is that it will be all right on opening night.

“My sense is that the Japanese and British appreciate one another’s cultural strengths and values in a more profound way than is the case with most other bilateral relationships around the world”, the embassy’s Buttrey noted.

“Like all nations, Japan seems excited about supporting her athletes at the games and coverage in Japan of the UK’s impressive preparations seem to be increasing steadily with the build up to the opening ceremony”.

Will Tokyo want 2020?
Undeterred by the glaring statistic that no Olympic Games has ever earned the host city a profit, the committee behind Tokyo’s bid to host the 2020 event estimates it would generate economic activity across Japan to the tune of ¥3tn (£24.4bn) and create more than 150,000 jobs.

No less than ¥1.67tn would directly benefit the Tokyo metropolitan district, the Tokyo 2020 bid committee announced on 7 June.

“The report envisions the Tokyo 2020 games having a powerful economic impact in numerous sectors, including through supplier contracts for local and international businesses, administrative activities (opening and closing ceremonies, competition management, transport and security), as well as the short- and long-term benefits of tourism and job creation”, it says.

The economies of the city and the country will be stimulated by improved public transport, attractive new sports facilities and a variety of other valuable public amenities, the report claims, adding that, “As the world’s most forward-thinking city, Tokyo looks to deliver spectacular yet sustainable Games that are fully integrated with the city, its people and their future”.

Tokyo Governor Shintaro Ishihara has dismissed concerns that the residents—and taxpayers—of the city are less than enthusiastic at the prospect of hosting the games, saying at a late June press conference that plenty of other people from around Japan would travel to Tokyo to be involved.

And it appears that the governor’s long-held dream of hosting the Olympiad may come true in 2020, since Tokyo reportedly heads the field of three surviving candidates. The other two names in the race are Madrid and Istanbul.

“To realise the games in Japan, it will be very important to gain support from the Japanese people”, said Tsunekazu Takeda, president of the Japanese Olympic Committee. “We request the active support of all people”.

Organisers of the Tokyo bid are confident their proposal for a “compact” Games, with the majority of the facilities within an 8-km radius, and the extensive use of existing venues rather than entirely new ones, will be in its favour when a decision is made.

Fully 40% of the venues would be renovated and existing structures would include the Budokan hall and the Tokyo Big Site convention centre, while Tokyo has also promised it would hold many of the events in the earthquake and tsunami damaged north-east of Japan.

However, the International Center for Olympic Studies at the University of Western Ontario recently said that no Olympic Games has ever earned a profit when all the costs and revenues are finally tallied, and that organisers often do not include security costs or infrastructure improvements.