Apart from education and qualification, MBAs and MIBs in Japan provide vital networks and skills for global leaders


This century has been predicted as the era in which Asia emerges from the shadow of Europe and the US to become the driver of global growth. It is expected that the changes taking place in Asian regional powers, such as Japan, China and India, as well as throughout South-East Asia—politically, socially and, most importantly, economically—will shape the future of the world.

The rapid transformation underway means the region needs leaders in all fields and, arguably, most critically in the ever-expanding world of business. 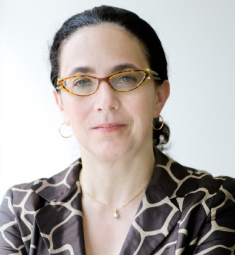 “A critical issue in Asia today is cooperation across the Asian economies”, according to Christina Ahmadjian, dean of the MBA programme at Hitotsubashi University’s Graduate School of International Corporate Strategy (ICS).

“In the past, Asian companies tended to look to the West or to their home countries, while other Asian countries were largely seen as manufacturing sites”, she said. “This has changed dramatically and Japanese and other companies throughout Asia are looking to Asian markets for growth”.

Cooperation is the key to developing new technologies, new products and new markets, she said, adding: “The new generation of Asian business leaders will have a broad and deep understanding of other countries in Asia and strong networks with their counterparts across the region”.

And the increasingly popular Masters in Business Administration (MBA) qualifications that are being added to educational institutions’ portfolios indicate that a new generation of business people are aware of the edge it gives them in the market place.

Philip O’Neill, director of the MBA Japan Program run by Canada’s McGill University, does not believe that Asia lacks business leaders but, rather, that their “behaviour and demeanour” are different from what one finds in other parts of the world. 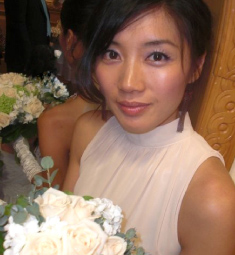 “What might be lacking or not well developed in Japan and some parts of Asia is entrepreneurship”, said O’Neill. “In Japan, the costs of failure are very high. Not just in terms of a ‘loss of face’ or loss of reputation, but also financially. In Canada and the US, for example, a failed business venture does not necessarily mean that the entrepreneurs will be personally wiped out.

“In Japan, creditors can—and—will go after the directors and management of failed firms”, he pointed out. “Since failure is part and parcel of entrepreneurship, one can easily see why this type of business hasn’t taken off so strongly in Japan”.

The ability to identify an opportunity and the determination to seize it are, perhaps, two aspects that can be nurtured in an MBA student. But there are plenty of others.

In the one- and two-year courses at ICS, students learn, for example, finance, accounting operations, marketing, people management and strategy formulation, Ahmadjian explained.

“More often than not, MBA students are already very knowledgeable in one of these areas through their work experience”, she said. “But for them to move up in the company to more general management positions, they must become familiar with a broader range of business disciplines, and an MBA is the most effective and efficient way of doing this. 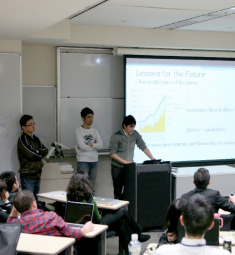 Other skills include problem-solving and strategic thinking, with students encouraged to analyse cases from a broad range of businesses and in different situations.

“In terms of the ‘edge’ that the MBA gives graduates, we find that this has changed over time”, she added. “In the past, an MBA was an immediate ticket to a higher-paid job, often in consulting and investment banking.

“Increasingly, we see among our graduates that, while an MBA not only has an immediate benefit, it also gets more valuable as students progress through their careers.

And the knowledge, analytical and people skills, and networks developed in an MBA programme become increasingly critical as graduates reach higher levels of management”.

Previously, MBAs were not particularly highly regarded in Japanese firms, which preferred to take on employees fresh out of the rigid system of study and replace that with the lifestyle of a salaryman, the corporate hierarchy, and the organisation.

Those who opted to study full time were seen as less valuable, as they lost two years of work experience and then proved difficult to slot back into Japan’s structured society, according to Lisa Chung, programme manager of the MBA at the Kenichi Ohmae Graduate School of Business, which provides its studies through distance learning.

Chung believes that one key factor behind the rapid growth in the popularity of the qualification has been the realisation at Japanese firms that they need to globalise to remain competitive, because they can no longer rely on the domestic market. Demand has also been driven by more foreigners applying for courses and legal changes in 2005 which permit private institutions to become universities. 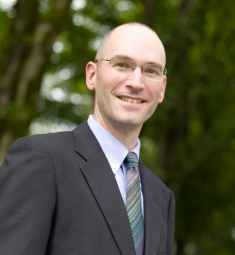 “Our courses are specifically targeted at Japanese professionals who wish to obtain a global professional mindset and skills to work internationally”, she said. “Courses are continuously updated and filmed in the school’s studio in Yotsuya. Last year, four new courses were added to complement the fundamental management courses, instructing students in the essential soft skills of global business, such as presentations, negotiation, communication skills and leadership”.

The International University of Japan started offering its MBA course in 1988, with well over 1,000 students from 70 countries having graduated to date.

“The programme was launched to help meet the need of the Japanese business community for more business people with a global and diverse mindset, and the English skills to help Japan be effective outside Japan, as well as with international activities in Japan”, said Dean Philip Sugai.

“An MBA provides both hard skills for dealing with the hard facts of creating and operating a business, and soft skills for building and leading a highly motivated team to implement these strategic plans”, according to Sugai. 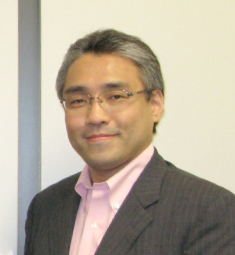 “An MBA degree itself will not give an edge, but the skills and knowledge that MBA courses offer, matched with a global network of classmates and fellow alumni, will definitely separate MBA-holders from those without that degree”.

Rikkyo University has set up a slightly different programme for people wishing to take their business studies to a higher level. It introduced an all-English Masters in International Business (MIB) programme last April.

“What is unique about our [undergraduate] programme is that we emphasise project-based learning; we have small classes of around 20 students; and we form them into teams that work with companies such as Apple and Nissan”, said Professor Nobuya Takezawa, who heads the Global Business Department at Rikkyo’s the College of Business.

“We believe that industry needs people who can take on the leadership of a group or a team,” he said. “That can be a natural skill in some people, but we also believe that it can be taught over the length of our courses”.

The work begins at the undergraduate level, he said, with students then given the option to carry on with the MIB as an extension.

“All corporations have to think globally today, and we believe that they will increasingly need people who can collaborate—whether they are in China, Japan or Singapore—and form effective teams that use technology and demonstrate leadership skills”, Takezawa said.

McGill’s MBA courses date back to 1962, at its home campus in Montreal; in 1998, it started offering an integrated course in Japan.

“The first-year core courses are taught by multiple professors from multiple disciplines, to show the connections between the various aspects of business”, O’Neill said.

“So, instead of having 14 or 15 different first-year courses, we have five.

“Our professors are among the top researchers and teachers in their fields, and they fly over from the Desautels Faculty of Management at the home campus in Montreal to teach our students here. This makes an attractive programme for our students”.

The course runs for between 18 and 20 months, and offers each student a practicum. About 50% of the enrolees are from overseas, drawn from nations as distant as Argentina, Sweden and India, with alumni ending up in organisations and firms across Japan and the rest of Asia.

The number of people enquiring about courses continues to rise, O’Neill said.

“In Japan, I believe that is because a lot of people are realising that companies are not planning to make the same investments in employee training and development as in the past”, he said. “I also believe that people are hoping to make themselves permanently employable, which means having a special set of skills, and also a strong set of connections, a network and an advantage when starting their own companies or looking for new opportunities within companies”.