Since its opening in September 2016, Clarence International School (CIS) has offered children aged between 18 months and three years the chance to be immersed in an arts-oriented education. The school, situated in a bright, welcoming building in Tokyo’s Minami Aoyama district, makes use of the standards set out in the English early years foundation stage curriculum and draws on cofounder Fei-Fei Hu’s experience studying at the University of Oxford, as well as the eight years he spent working for Charles, the Prince of Wales. 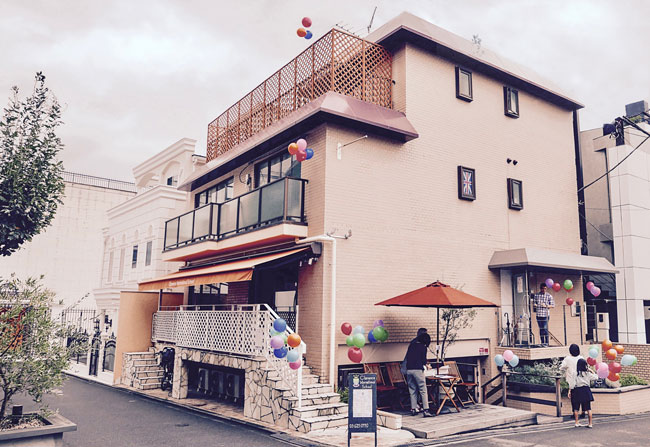 Hu, who was born and raised in Shanghai, grew up in Tokyo and Johannesburg. He has used his multicultural background to develop CIS’s philosophy, bringing together the best of East and West.

“Asia is the world’s economic engine and the UK is a world leader”, explained Hu. “We believe ‘hybrid’ is the future”.

Indeed, Hu is clear that CIS’s intent isn’t to create a “little Britain” in Tokyo but, rather, to harness the strongest aspects of that country and combine this with other select educational philosophies.

“What’s good about Britain is its diversity, tolerance, creativity, global mindset and respect for tradition, as well as original thinking”, said Hu. “That’s the value of British education here in Japan”.

For Hu, this also means that CIS offers a new model for international education in Japan that goes beyond existing institutions, which are either non-profit schools aimed at expat families, or “international” schools designed to teach English to Japanese children.

Instead, CIS represents a “third wave” of for-profit schools, offering a premium, world-class education to families regardless of background, a model that has already caught on elsewhere in Asia, and is already delivering fantastic academic results.

This vision for CIS led to Hu becoming the Japan Strategy Advisor for London’s prestigious Harrow School in July last year. The school is currently undertaking a feasibility study on the possibility of opening a campus in Japan, adding to the four that it already has in Asia.

The power of art
One of the key aspects differentiating CIS from other schools is its strong emphasis on culture, with students introduced to everything from Mozart to Monet to noh theatre from an early age. In the past, the school has invited professional opera singers to perform for students, and last year they were able to participate in a special backstage visit during The Royal Ballet’s tour of Japan.

Added to this is the school’s relationship with The Prince of Wales’ charity, Children & the Arts, which works to increase access to the arts for disadvantaged children. The two organisations have an eight-year exclusive partnership and current projects include a children’s poetry book, which is scheduled to be published this year.

“The Prince of Wales’ foundation is doing a fantastic job by providing unique opportunities for children to engage with the arts from an early age”, said Hu. “Over the years they have brought half a million children to art museums, concert halls, theatres and opera houses.

“We think our primary job as educators is to prepare an environment where children can experience the best of human civilisations”, said Hu.

Enjoyment in life
Part of any school’s job is to properly prepare students for the future, but with artificial intelligence and other cutting-edge technologies starting to reshape the world of work, new approaches are needed.

“The world has never been so unpredictable and training our children for jobs in the existing framework is quite meaningless”, said Hu. “At CIS, we believe equipping the children with the ability to find enjoyment in life—in any situation—is most important”.

To that end, CIS seeks to equip students with the ability to quickly comprehend the unexpected and the unknown, as well as the ability to find and realise a new set of goals and vision of their own. In addition, the school’s cultural programme has a role to play.

“We also would like to help them build cultural literacy, which is needed to cherish beauty, wisdom and the treasure and heritage of human civilisations.

“We share a strong belief with the Prince’s foundation that this is possible by engaging children with the arts. We are, in essence, building the foundation of their creative mind and mediums of expression”.