Nikkei, Inc. bought the Financial Times (FT) from Pearson plc in 2015 for a reported £844 million.

Graham Davis, senior adviser to the BCCJ, moderated the event.

Grimes began by addressing the digitalisation of Nikkei Asia, and how the FT helped in the transition. “One of the things that I think they wanted to do at Nikkei was for the Financial Times to transfer some of its experience building a digital-first subscription business, which is something that we’ve been working on for over 20 years. The Nikkei Asian Review has become a laboratory for a bigger transition into digital publishing.

“We’d always had a pretty good website, but the newspapers still dictated everything that we did, and around 2015, we started to flip this upside down. We realised we’ve been publishing stories according to the newspapers schedule, which went online around 10 o’clock, which is exactly when our readers were not there”.

Noting an increase in readership due to this change, Grimes affirmed, “We really like what we see in regard to our daily readership; on average, it’s more than five times what it was three years ago”. 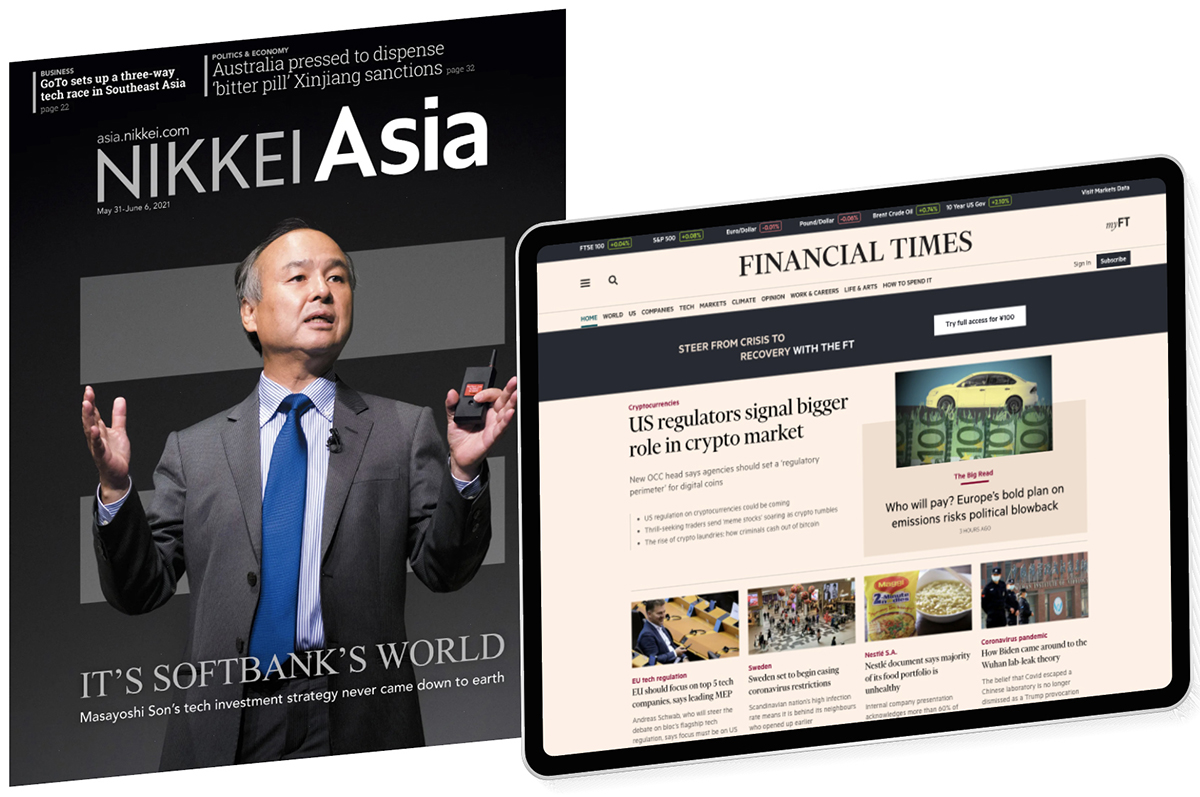 Regalado commented on Nikkei Asia’s global readership growth and how she considers this when writing a story. “Our readership, as far as our marketing team tells us, is really growing in South-East Asia, and holds the greatest promise for us in terms of potential readers. So, when I’m sitting down to write a story, I think of the reader in South-East Asia.

“I grew up in the Philippines, and when I think about my friends or relatives, and what topics might be relevant to them, and how to write about those subjects in an engaging manner, I recognize that there is a tendency, sometimes, to become a little hyper local and focus too much on Japan. I’m prone to that. When I write about the Olympics, for example, it seems like a very Japanese story, but it’s also a business story, and an international relations story”.

Grimes spoke about readership influence when it comes to the style used at Nikkei Asia. “Since we are trying to reach an English-reading audience, we are going into the Anglo-American style”, he stated.

“I think the idea of a ‘voice’ is really interesting”, he continued, “and it goes back to the idea of an Asian perspective. We have a core of Japanese reporters who are writing in English, but we also have people from Indonesia, the Philippines, Vietnam, Hong Kong, China and Korea. I think in a way, at least in terms of perspective, it is unique”.

“What’s a good story?” Grimes pondered. “I think we are still trying to put out a story that we feel is important, newsworthy and interesting. The higher truth question doesn’t pop into my head very often, but every now and then you really do feel it”.

“ When we were covering Hong Kong last year”, he went on to explain, “you really felt like you were doing something that was incredibly important”.

On the subject of inspiration, Regalado remarks, “When people ask me, ‘How do you come up with your stories?’ I always say, ‘They don’t come from my imagination.’ I observe things, I write down how I see it in my notebook, and then I transfer what’s in my notebook to a story.”

On her personal perspective in journalism, she shared: “There are some stories that were close to me, where I had to pull myself back and try to see it in a less personal light. There was one recent example of that. I wrote about how the Japanese state of emergency and border restrictions were affecting foreign students. As a former international student, someone who’s also had to deal with immi­gration issues, myself, I definitely felt for them.

“When I look back in my stories”, Regalado continued, “the ones that I feel most proud of aren’t the ones that got the most clicks for page views. They’re the ones that held up. Where I look back six months later, pick out a line and say, ‘Oh, that’s still true today.’”