Located in the northernmost part of Japan’s main island of Honshu, the Tohoku region often goes unexplored. But as our journey around the six prefectures—Akita, Aomori, Fukushima, Iwate, Miyagi and Yamagata—which make up this fascinating part of the country shows, there are many rewarding experiences to be had. From spectacular natural scenery to sacred destinations of undeniable spiritual power, those who take the time to explore will be richly rewarded. 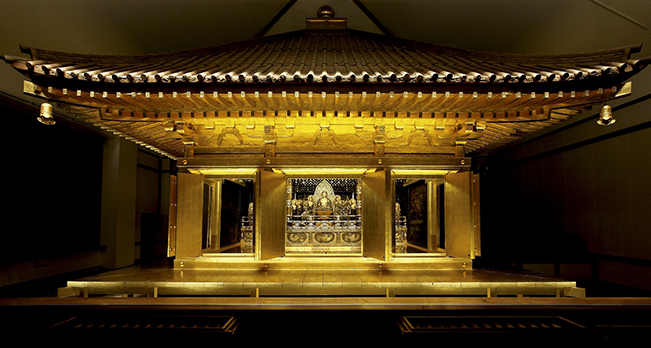 Built in 850, Chusonji is the central temple of Buddhism’s Tendai sect in Tohoku. One of Iwate Prefecture’s crown jewels, it is designated a UNESCO World Heritage Site and is home to a number of Japan’s Important Cultural Properties and National Treasures. But the temple’s most impressive feature is the Konjikido, or Golden Hall. Constructed in 1124, it is the only 12th-century structure that still stands at the temple. With the exception of its roof, this small room is completely covered in gold leaf, and its interior—where several statues of Buddhas and bodhisattvas can be found—is decorated with gold and silver illustrations, shell inlay and lacquer. 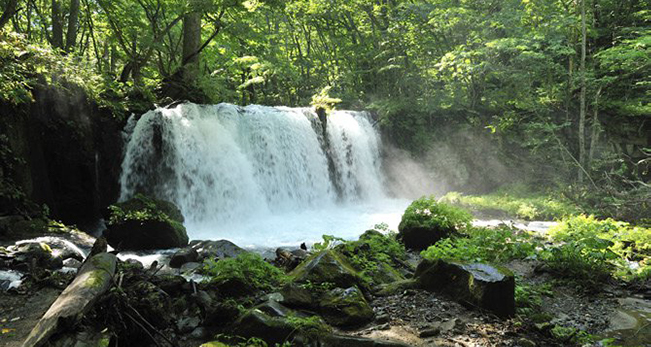 One of the most picturesque locations in Aomori Prefecture, Oirase Gorge is a small canyon that runs some 14km from Nenokuchi at Lake Towada to Yakeyama, at the foot of Mount Hakkoda. On its way through the gorge, Oirase Stream tumbles down more than 12 waterfalls, including Kumoi no Taki and Choshi Otaki. The entire region is stunning throughout the year, and a hiking trail runs along most of Oirase Gorge’s length. 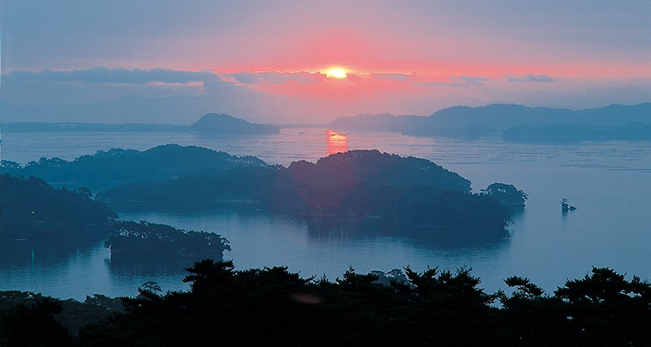 The waters of Matsushima Bay, dotted with more than 200 islands, have a long and impressive pedigree. The great haiku poet Matsuo Basho immortalised the landscape in verse, and the view of the bay and the islands has been celebrated for ages as one of Japan’s three most scenic views—the others being Miyajima in Hiroshima Bay and Amanohashidate in Kyoto Prefecture’s Miyazu Bay. One of the most pleasant ways to take it all in is to cruise among the islands on a sightseeing ferry. The town of Matsushima is also the location of Zuiganji, an important Zen temple in Tohoku, as well as Entsuin, which is known for its lovely rock garden. 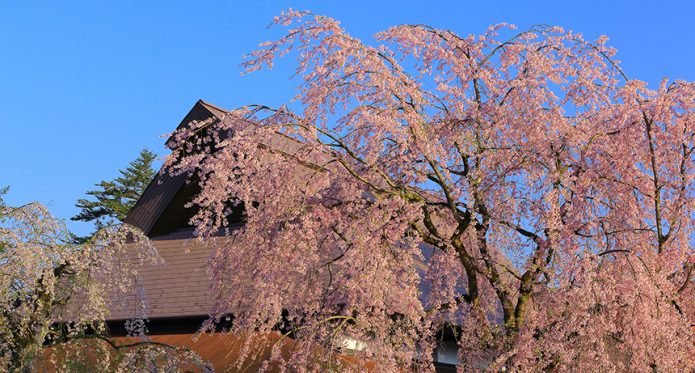 The town of Kakunodate was once home to some 80 samurai families, and much of the scenic samurai quarter still looks as it did when the town was founded in 1620. These old houses are known for their distinctive black fences, and many have been preserved and found new lives as cafés, museums and shops selling local crafts. The town is also famous for its shidarezakura (weeping cherry) trees. Each spring, their blooms provide a splash of colour that is in bright contrast to the dark dwellings that once belonged to warriors of generations gone by. 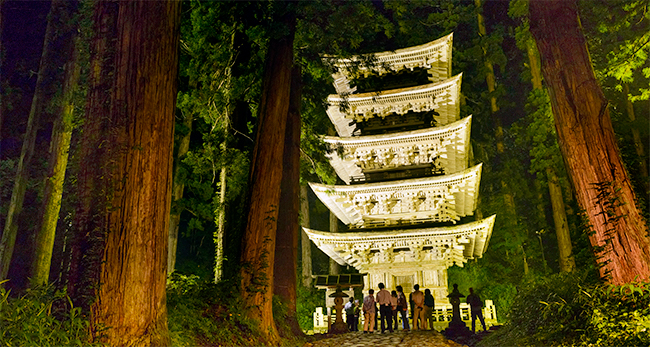 One of the Three Mountains of Dewa, the ancient province that is now Yamagata Prefecture, Mount Haguro is a site that is sacred to both the followers of the native Japanese religion of Shinto and the ascetic practice of Shugendo. Compared with the other two peaks—Mount Gassan and Mount Yudono—Haguro is the most accessible. This is why it was chosen as the location for Dewa Shrine, which honours all three. It is also the site of two National Treasures: a path made of 2,446 stone steps that makes its way through 600-year-old cedars to the top of the mountain, and a striking gojunoto (five-storey pagoda). 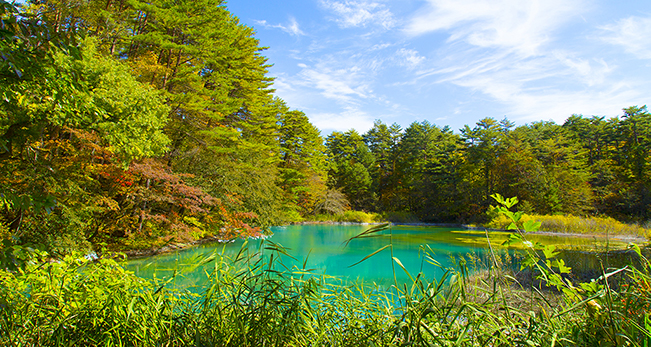 Meaning Five Coloured Lakes in Japanese, Goshikinuma comprises bodies of water created by the massive eruption of nearby Mount Bandai in 1888. The violence of the event, which transformed the area’s landscape, also added a variety of mineral deposits to the lakes, giving each a different colour ranging from greenish-red to bright blue. Part of the mysterious appeal is that the lakes appear to change hue depending on the weather, the time of day or the angle from which they are viewed. The best way to see all of Goshikinuma is to walk the 4km path from Lake Bishamon, the largest of the five, to neighbouring Lake Hibara. 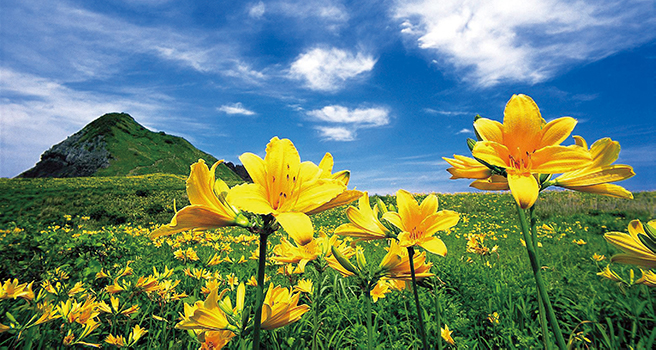 Sado Island, located off the coast of Niigata Prefecture, is known for its soothing onsen (hot springs), plentiful sake and unforgettable views. One of the most impressive sights is Onogame, a 167m-high rock formation that extends into the sea. The area around Onogame bursts into bright yellow between late May and early June, when hundreds of thousands of amur daylilies bloom. This turtle-shaped monolith is also the site of the Sado Kanzo Festival, during which locals sing folk songs and perform the onidaiko, a dance native to the island.