Inspired by Fraserburgh-born merchant Thomas Blake Glover, who arrived in Nagasaki in 1859 and founded his own firm, Glover Trading Co., the Order of the Scottish Samurai Awards celebrates those who serve and excel.

Glover, who helped found Mitsubishi Corpora­tion and build Japan’s first modern ship­yards, was the first foreigner decorated by the Japanese government. In 1908, he was awarded the Order of the Rising Sun (2nd Class). Because of his impact on Japanese society and the respect he earned, Glover became known as the Scottish Samurai.

Wishing to have a reciprocal honour, and being stirred by Glover’s story, Ronnie Watt OBE created the Order of the Scottish Samurai in 1994. The award comes in two categories—Samurai and Shogun—and is given annually. This year, at a ceremony held at the British Embassy Tokyo on 23 October, British Chamber of Commerce in Japan Executive Director Lori Henderson MBE received the Shogun award while British Council Director Matt Burney and Ambassador to Japan Paul Madden CMG were given the Great Shogun award.

“It’s a fabulous and special honour to receive something that connects your home country and the country that’s become your home”, Henderson told ACUMEN. “I think that’s even more relevant at a time when Japan is in the global spotlight. To have a delegation come over from Scotland with no business agenda—no agenda other than to celebrate the great relationships that the two countries have, not least with the rugby World Cup on the horizon—is such a heart-warming thing”.

Winning is more than just a one-time honour. It is akin to becoming part of a family as past recipients play a key role in choosing who receives the Scottish Samurai Award. Each year, they are invited to nominate those who they believe are worthy. A committee then examines the work and achievements of the nominees and selects winners in each category. While the award was originally created to strengthen friendship and links between Scotland and Japan, recipients need not be Scottish nor Japanese.

Samurai
Given for distinguished service in any area of activity, whether local, national or international. The recipient will have demonstrated a commitment and dedication rarely seen and played a conspicuous role in their field. They will have made a distinguished contribution to their area of expertise, where their work far exceeds what would normally be expected.

Shogun
Recognising the ultimate achievement in a particular field, the Shogun is given to someone who has made a pre-eminent contribution in any area of activity, whether local, national, or international. Their work will be recognised as both inspirational and significant, as well as demonstrating sustained commitment and leadership. 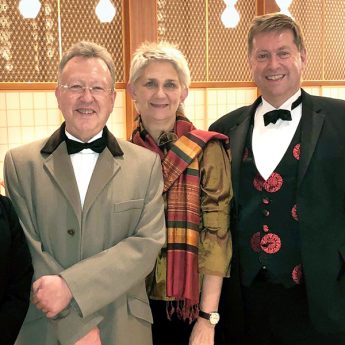 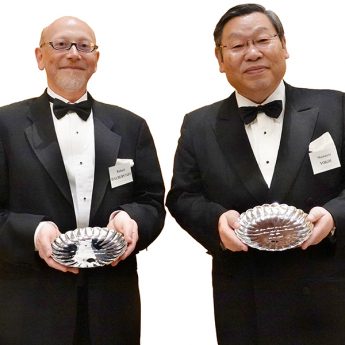