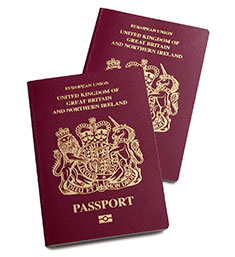 Her Majesty’s Passport Office, currently dealing with the highest demand for passports in 12 years, has issued over 3 million passports so far this year.

Recognising people’s understandable concerns about possible delays, the home secretary has announced a series of additional measures to ensure individuals and families are able to travel and continue to live overseas.

British nationals who live overseas can have their passport extended for one year if they meet the following requirements:

If you would like to apply for the passport extension, please contact the British Embassy in Tokyo (03-5211-1100) or the British Consulate General in Osaka (06-6120-5600) to make an appointment, which is essential. There is no charge for the service.

You will need to bring your current passport, another form of ID and a completed application form. If you are applying for a child’s passport, you may be asked to provide further documentation.

If you need to travel urgently, you may be able to apply for an Emergency Travel Document (ETD). Please contact the British Embassy in Tokyo or the British Consulate General in Osaka for further information.

If you have lost or had your passport stolen and you need to travel, you may also be able to apply for an ETD.

For parents or guardians applying on behalf of a child living overseas, it is now possible to apply for an ETD in place of both a first time or renewed child’s passport.

You will need to provide the same information as when a child has not held a British passport before, along with evidence that all those with parental responsibilities agree or evidence of sole responsibility for the child.

For more information, follow the instructions to apply for an ETD on www.gov.uk/emergency-travel-document