From the very outset, a critical component of Prime Minister Shinzo Abe’s much-vaunted Abenomics agenda has been wage increases that would in turn lead to greater consumption by the population and give the overall economy a significant boost. Given Japan’s shrinking population and, hence, contracting pool of workers, it was a reasonable assumption that firms would be willing to pay more to secure the most talented and capable employees and raise the wages of staff already under contract to stop them looking elsewhere for better-paid opportunities. That has not, however, come to pass.

Sluggish pay
The national economy might have recorded its eighth straight quarter of growth between October and December—its longest period of uninterrupted expansion in 30 years—yet firms remain cautious about passing on the positives to their workforce.

The wages of Japanese workers contracted in December, falling at the fastest pace in five months, in spite of the government cajoling corporations to raise wages by at least 3% this year. Data from the Ministry of Labour, Health and Welfare showed that real wages, adjusted for inflation, were down 0.5% in December from the same period one year earlier.

And, across the Japanese labour market, the outlook is not particularly rosy. In a monthly wages survey released in February, Reuters said that fewer than half of the nation’s firms said they plan to raise wages, but intend to limit the increases to about 2%. 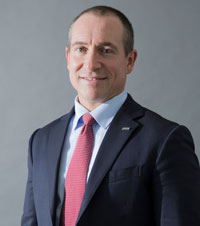 “Despite growing labour shortages, pay increases remain sluggish for professionals who stay at the same firm”, said David Swan, managing director of Robert Walters Japan K.K. “This situation can be attributed in part to the lack of significant resistance or discomfort among workers toward this degree of stagnation, as they have grown accustomed to an absence of price increases resulting from more than 20 years of deflation.

“The cautious stance of firms towards raising personnel expenses and seniority-type wage structures at traditional Japanese firms is also a factor”. 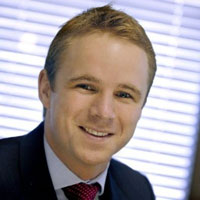 “Relative to all other industrial nations, Japan has the greatest candidate shortage, and so it may be reasonable to expect faster wage growth than we have seen due to this supply–demand imbalance”, he said. “However, relative to many other countries, Japanese candidates place a greater emphasis on factors other than just salary when considering a change in positions.

Foreign influence
Yet there are clearly some bright spots for wage growth on the horizon in Japan, with analysts pointing to strong demand for candidates with desirable skill sets—including, significantly, English-language skills—as domestic firms increasingly look to overseas markets for new opportunities, and foreign firms seek a higher profile in Japan. 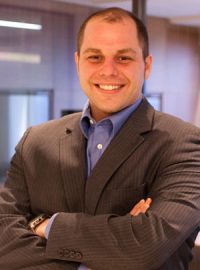 “The firms that continue to shun wage growth as a new reality will be the ones who find themselves with a severe brain drain, as other companies who are more willing to play ball lure workers away with better wages and benefits”, said Adam German, vice president of business development at Housing Japan K.K. “This year will be the one that Japanese firms buckle against the pressure to raise wages. Once the private sector ensures wages will stay higher than targeted inflation, then 2018 will be the year historians can point to and credit to it the beginning of sustained economic growth”.

Arguably, it is Chinese technology giant Huawei Technologies Co., Ltd. that has taken the lead in driving salaries after it opened a new research facility in Shinagawa, Tokyo. The Nikkei Asian Review in November quoted the head of a recruitment firm as saying that Huawei selected Shinagawa as it is also a hub for a number of large Japanese tech firms—notably Sony Corporation, Canon Inc. and Toshiba Corporation—and that it swiftly set about poaching some of their top engineers with offers of substantially higher wages than they were earning at their Japanese firms.

The recruitment executive suggested that annual salaries at Huawei were hitting ¥30mn, with even new graduates able to command wages of ¥400,000 per month. In comparison, Sony is reportedly offering ¥281,000. 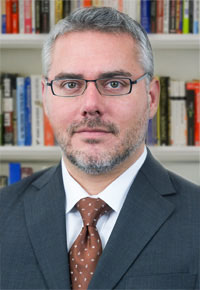 “I do not think that is unusual and I believe we will see more of the same going forward because good engineers are in high demand and very short supply at the moment, while Chinese firms are being more aggressive about going global”, said Vijay Deol, managing director of en world Japan K.K.

And Deol is particularly upbeat about the demand for capable individuals with English skills.

“There is a limited talent pool and anyone who ticks all the right boxes is going to receive multiple offers, which serves to drive wages in the sectors in which we specialise”, he said, although he points out that will not translate to growth in the majority of jobs in Japan, which primarily fall into the unskilled, semi-skilled or part-time brackets.

When it comes to the other end of the spectrum, however, Deol estimates that an English-speaking candidate joining a foreign firm here can expect to earn a 20% premium when changing jobs over an employee without the languages skills.

Matt Nicholls, managing director of RGF HR Agent Japan, suggests that premium might even be as high as 25% in some sectors, with some firms required to pay more simply because there are not enough qualified candidates in circulation.

“Contract research organisations within the healthcare bracket continued to pay over the odds”, he said. “It is a growth sector that does not have a great reputation, so salary levels are designed to compensate for that in order to attract talent”.

“These types of initiatives should see further expansion in 2018 and beyond”, he added.

Analysis of the Japanese market, detailed in the Robert Walters’ Salary Survey 2018 shows a number of new trends emerging as a result of recent advances in globalisation and technological innovation.

“Traditional business areas have begun adding new specialty skills to hiring conditions, such as automotive firms and other manufacturers’ employment of mechatronics engineers who possess both electrical and mechanical engineering skills”, Swan said.

“Demand is also growing for professionals with strategic decision-making skills who can identify and solve issues in order to contribute to organisational and business growth, such as human resource business partners, financial planning and analysis personnel, and data analysts in commercial and financial services”.

As a consequence, while Tokyo’s effective job openings-to-applicants ratio is slightly above two to one, the “especially strong demand for positions requiring these highly specialised skills, and positions in new fields are reflected by a ratio of between four and five to one”.

King says his specialist recruitment firm is also seeing demand in “specialist or niche roles in foreign healthcare and life sciences organisations, as well as technology and engineering roles in tech firms”.

The Michael Page Japan Salary Benchmark 2018 says candidates in the healthcare and life sciences can anticipate a 20% wage premium, while those in the legal sector could command a 25% increase. Premiums in the accounting and finance, office support, sales, and supply chain sectors were a more moderate 6% to 10%.

“Foreign firms will typically offer higher salaries for similar positions at Japanese firms, which is sometimes due to foreign firms requiring a higher level of English language ability and the shortage of quality, bilingual Japanese being so extreme”, said King.

Nevertheless, it is clear that the Japanese economy is on the rise and that wages for people with the right skills are similarly climbing. If that means more firms such as Huawei continue to pay over the going rate to secure top talent, then their competitors are going to have to follow suit.

Better deal at work for parents