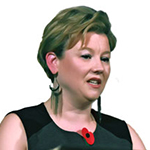 Creative industries: punching above their weight

Last month, we were lucky enough to host Martin Donnelly, permanent secretary for the Department of Business, Innovation and Skills (BIS).

Martin spoke about the value of innovation for both British and Japanese firms, and reported that small and medium enterprises capitalising on technological advances were making a “massive” contribution to the UK economy.

He said the government is working to boost the nation’s reputation for creativity and innovation, and recent figures support that notion.

Official statistics published by the Department for Culture, Media and Sport reveal that the UK’s creative industries—including film, television and music businesses—are now worth £71.4bn per year to the domestic economy.

The creative sector grew almost 10% in 2012, outperforming all other areas of UK industry to generate just over £8mn an hour!

British creative firms are renowned across the globe and, as such, are driving growth, investment and tourism. However, I believe we’re still missing the bigger picture of where creativity fits into industries that are classed as non-creative.

Exports of UK talent/workers don’t produce a measurable result in terms of taxable income, but they do add massively to the brand value of the UK’s creative economy.

Take, for example, automotive design, a field in which the UK is a recognised leader on an international scale.

Brits run about eight of the top 10 car manufacturers’ design departments, but this is difficult to fit into official statistics. But one thing is for sure: this figure is larger than what is currently being measured and reported.

In its own small way, my company Eat Creative will be making its contribution to the brand value of the UK’s creative economy, as this year we’ll be expanding overseas.

While it’s a very exciting time, it is also one tinged with some disappointment, as it means that at the next BCCJ elections, I will not be in a position to stand for re-election as president. This is something I had not envisaged when taking on the role, now almost a year ago.

I believe the role of a BCCJ Executive Committee member is a privileged one, and it was an honour to be chosen as president in the first contested election.

This has been an incredible opportunity and I would like to encourage anyone in the membership who is thinking of running in the next elections to put themselves forward for what would most definitely be a very rewarding experience, if elected.

I look forward to seeing you at our Euro Mixer social event at the Oakwood Premier Tokyo Midtown on 26 March, the first time we will join with the Belgian-Luxembourg, Italian and Swiss chambers of commerce. It’s going to be a great night.