“The report of the euro’s death was an exaggeration”, Mark Twain might have said. But the famous author, known for his acerbic views on politicians, would also have noted that the current debacle in the eurozone was predictable and the severe problems we—including the major European economies outside the eurozone, such as Britain and Switzerland—face must be laid at the feet of policymakers who have consistently put political fantasies ahead of economic realities. The existential threat to the euro comes not just from past bad decisions, but also from today’s leaders refusing to learn from past mistakes and so repeating them.

Technically, the euro has been a great success. The handover to the new currency at the end of the last millennium was more or less flawless, and people like having one currency that they can use and trade in 23 countries.

The problems have arisen from the design of the system, very crude Maastricht debt criteria, and weak political will to achieve effective enforcement. Unsuitable countries were brought into the eurozone for political reasons. Also, several countries (and banks that were effectively state guaranteed) deliberately, or otherwise, took advantage of the euro’s low interest rates and easy credit, incurring liabilities beyond their means to repay. It was as if a friend took your credit card and rolled over the debts for years. The problem gets progressively worse, but you only realise this once the final bill is presented. Leaders of the sound economies in Europe are now scratching their heads to work out how to cover the bill—or get someone else to pay it. 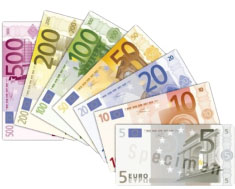 Whatever the outcome of our latest Greek tragedy, it is the way policymakers have reacted to the euro crisis that gives most cause for concern. French President Nicolas Sarkozy and German Chancellor Angela Merkel are not delusional: they’re either incurable optimists or cynics. They understand that Greece is unable to pay its debts, and the same may be true of Ireland, Portugal and even Spain, all of which has serious implications for their banks.

But there will be elections next year in France and Germany. Thus, given a choice between their political survival and the rehabilitation of the European economy, it seems that the leaders’ personal interests take precedence. So the can is kicked down the road in the hope that something will come up to save them from having to make nasty decisions—or that someone else will make them.

The problem is that the markets understand the reality full well, and delaying the inevitable recognition of sovereign defaults and the necessary restructuring of the eurozone makes matters considerably worse.

The eurozone will probably survive because, in the end, the tough decisions will be made. Logically, in the future, the zone should be restricted to economies that have converged sufficiently with each other, in terms of culture and economic performance, that a single monetary policy can work.

One solution would be to create two euros: a harder one for strong economies and a softer one, that can be allowed to depreciate, for more fragile states that would thus have a practical way of recovering competitiveness. Better to use EU money and credit to support this transition to a realistic solution than to throw good money after bad, bolstering a system that does not work.

Are our political leaders prepared to sacrifice political ideals to ensure a sustainable future for the euro? Only time will tell whether we shall soon be singing the praises of the euro—or a requiem.

• This article reflects the author’s personal views and not COBCOE policy.