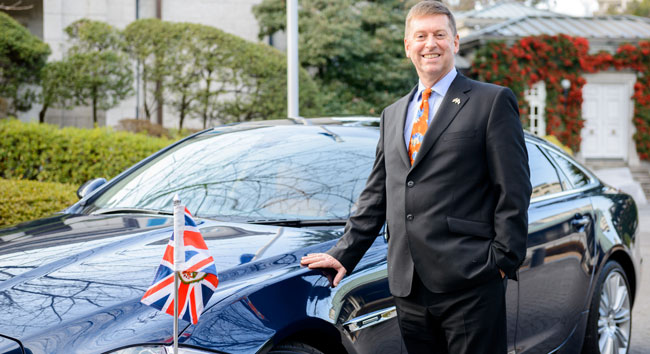 Best wishes for the New Year, from all at the British Embassy Tokyo. As we enter 2018, I can report that UK–Japan relations are in great shape, probably closer than they have been for some time.


Last year, my first back living in Japan after a long absence, was a busy one. For me, the highlight was the three-day visit by British Prime Minister Theresa May in August, following Japanese Prime Minister Shinzo Abe’s London trip in April. The two leaders agreed joint declarations on security and prosperity, which were seen as really moving the relationship on to the next level.

They discussed the North Korea situation, and the prime minister assured Japan that Britain is standing shoulder to shoulder with it, working in the United Nations and elsewhere to step up the pressure on North Korea. In December, the foreign and defence secretaries hosted their Japanese opposite numbers in London for annual security talks. 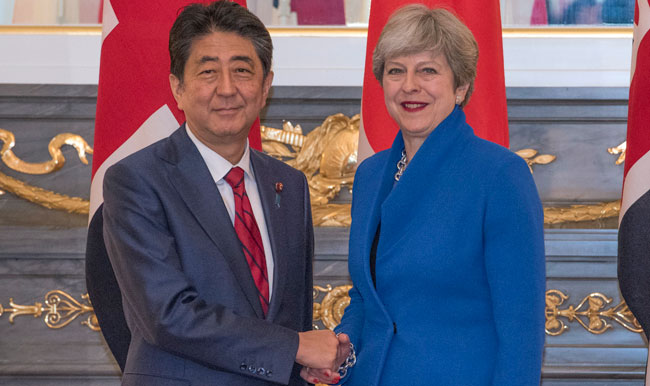 Since the prime minister’s visit, we have seen a new working group on trade and investment established, and the first industrial strategy talks took place in December.

As we move through Brexit, we will need to put in place a new trade agreement between Britain and Japan. The two prime ministers agreed that, in the first instance, it could be based on the EU–Japan Economic Partnership Agreement, which was wrapped up in December.

With Boris Johnson in August

I have enjoyed meeting many major Japanese investors, and visiting their UK plants. They are all very positive about their experience in Britain. Brexit has created some uncertainties for business, but the situation will become clearer this year, as the negotiation process moves from the departure arrangements to the future UK–EU relationship. And business has welcomed the prime minister’s proposal for an implementation period of up to two years, which will give them time to adapt. The British government’s clear objective is to maintain maximum access to the EU single market, tariff-free and with frictionless borders. 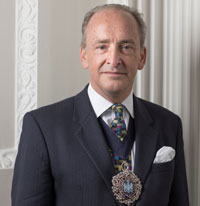 Lord Mayor of the City of London, Charles Bowman

Looking ahead, we already have a number of potential VIP visits in the pipeline for 2018, including the secretaries of state for health and transport, ministers for trade and Asia, and Lord Mayor of the City of London Charles Bowman. And we will be busy preparing for an even more hectic year in 2019, when Japan hosts the G20 Summit, the Rugby World Cup and the enthronement of the new emperor.

I have very much enjoyed getting to know the British Chamber of Commerce in Japan and its members, and participating in events, including the spectacular British Business Awards, where the full variety and quality of the British business presence in Japan was on display. Supporting British business is a top priority for me personally, and for my embassy, so I look forward to working with you all in 2018. 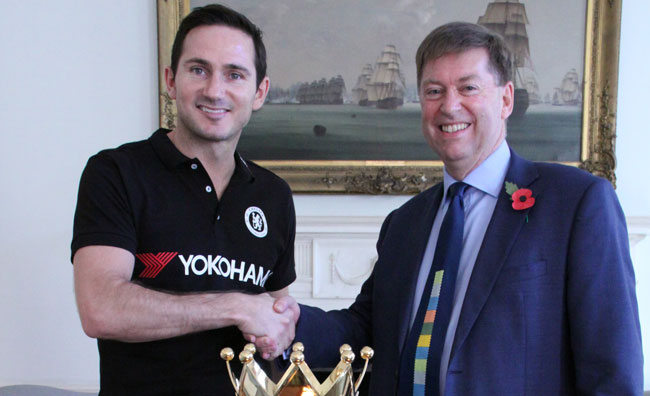 With Frank Lampard OBE in November

Requiem for the Euro?

“The report of the euro’s death was an exaggeration”, Mark Twain might have said. But the famous author, known for his acerbic views on politicians, would also have noted that the current debacle in the eurozone was predictable and the severe problems we—including the major European economies outside the eurozone, such as Britain and Switzerland—face must be laid at the feet of policymakers who have consistently put political fantasies ahead of economic realities.