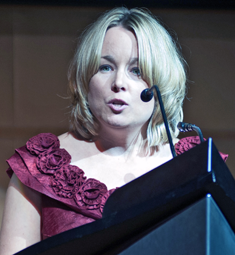 The eighth annual extravaganza from Shine On! Kids was held on 28 September at the Tokyo American Club.

Inspired by the international man of mystery James Bond, the event drew over 250 guests—called agents for the night—from a range of foreign and domestic firms.

More than ¥23mn was raised to benefit Shine On! Kids’ innovative patient care programs, which empower children with cancer and other serious illnesses to live their lives to the fullest.

In addition to casino-style games and plenty of dancing, the gala’s entertainment included an opening duet from Tokyo Comedy Store’s Donna Burke and Phil McQueen, a performance by illusionist Fraser Gould, an interlude from the Tokyo International Players’ upcoming musical Avenue Q, and a show from the Tokyo Flashsong Group.

The evening was one to remember, thanks to the efforts of sponsors such as British Airways, United Airlines, Four Seasons in Denver, Vail and Lana’i, Hertz, Pieroth, Amandari, Garuda Indonesia and Infinity Diamonds.