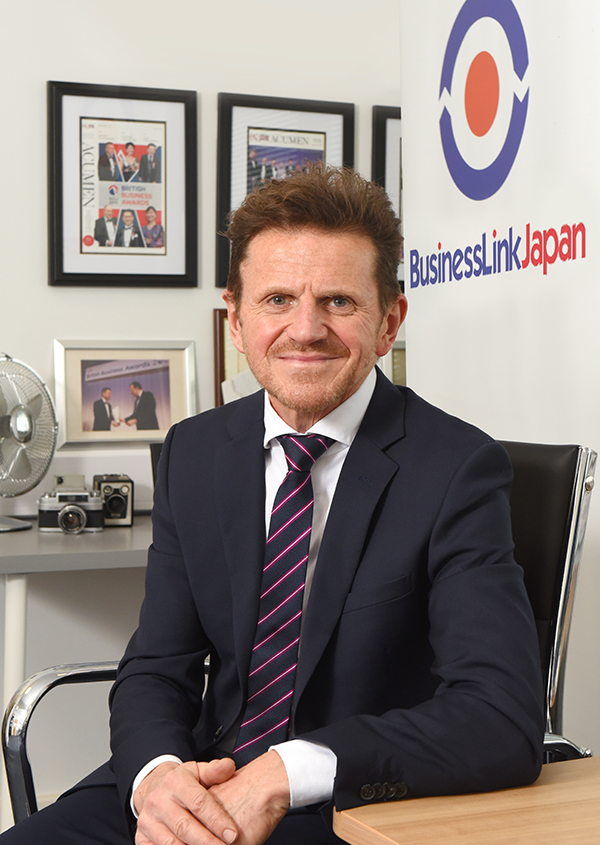 The Queen’s New Year Honours list occa­sionally recognises stalwarts of the UK–Japan relationship, and 2021 was notable for two names familiar to British Chamber of Commerce in Japan (BCCJ) members. BCCJ President and Deloitte Tohmatsu Tax Co. Partner David Bickle and Export to Japan founding Chief Executive Steve Crane have both been appointed Officer of the Most Excellent Order of the British Empire (OBE), which is an “order of chivalry rewarding contribu­tions to the arts and sciences, work with charitable and welfare organisations and public service outside the civil service”.

The thoughts and opinions of David Bickle are well documented through his regular column in BCCJ ACUMEN, so we decided to interview Crane to learn about his life.

Why do you think you were appointed OBE?

One of the most wonderful things about this whole process is the complete surprise and total lack of any knowledge about it. I had no idea whatsoever it was coming, no idea who nominated me and no idea of the reasons I was awarded this great honour. I have been lucky enough to be involved in UK–Japan business activities for just over 20 years. The journey has been so exciting and every day has been a complete adventure.

A lot of the work I am involved in is quite invisible and behind the scenes, so it feels very reassuring to know people are aware and value what you do on a day-to-day basis. Some of the highlights for me have been founding Export to Japan, running it on an NPO basis, and seeing how many UK firms the platform has enabled to enter the Japanese market and succeed. We have worked with some amazing UK firms to help them build big business in Japan and nurture long-term relationships with both the British and Japanese governments that help secure multiple trade and investment projects both ways.

How do you see Brexit affecting UK–Japan ties?

Brexit had a major impact on our business—especially UK trade to Japan. We saw enquiries jump almost immediately, and that high level of interest has been maintained since. I think the changing relationship between the UK and Europe was a positive trigger to encourage UK firms to look further afield, and Japan is one of the largest markets for UK exporters to evaluate. The recent UK–Japan Comprehensive Economic Partnership Agreement encouraged another huge wave of interest in Japan, and this has kept our teams parti­cularly busy since it was announced.

The virus has certainly changed the way we do business in Japan. Traditionally, our business development activity relied on frequent face-to-face relationship building and information-sharing meetings, and that has dropped away significantly. But we have seen an increasing acceptance in the move to online meetings with Japanese firms, so the communication channels are fully open. Interest­ingly, the efficiencies gained from this new way of working are increasing productivity. Also, we see Japanese firms more willing to take prospecting meetings, perhaps because they feel less obligation when the meeting is online, compared with a face-to-face meeting.

On the international side, I am pleased to see all our clients and partners taking a long-term approach to Japan, so they are determined to ride out any economic challenge presented by the virus, and have not stepped back from their investments in building business in Japan.

Please compare the UK–Japan business ties in the bubble era and now.

Apart from the changes I just mentioned, such as Brexit and the virus, probably the biggest changes have been around Japan starting to realise the need to open up more based on the require­ment to globalise. Exciting new firms, such as Rakuten and Softbank, have grown so quickly and are fully embracing a willingness to think and grow in an international way. I feel this is a very exciting develop­ment and will lead to more opportu­nities for UK firms to do business in Japan, as well as the next generation of Japanese firms to prosper on a global basis.

You must have some great anecdotes and memories of helping build the relationship.

One of the most memorable ones is working with the UK technology firm Apical Limited. Back in the early days, we worked hard on securing a very large IP licence deal with Nikon Corporation and agreed to host a visit from the Nikon senior manage­ment team to the Apical offices in London to sign the agreement. As Michael Tusch, chief executive of Apical, and I got ready to join the meeting, we some­how managed to put on each other’s suit jackets. We did not realise until it was too late, and the meeting began. Michael is considerably taller than me, so we conducted the whole meeting with him wearing a jacket that was so tight he could not breath, and me wearing a jacket that completely covered my hands and was super baggy! The Nikon executives were far too polite to mention it, and fortunately we secured the deal.

Any new advice for UK firms entering or expanding in Japan and vice versa?

Experience has taught me so much over the past 20 years of doing business in Japan, so there is so much I could say here. But probably the one overriding factor is the need to take time to get to know the unique dynamics of this amazing market, and the wonderful Japanese people you interact with. I still find, after all these years, that the answer to any challenge I may face comes from listening rather than talking.

What’s your philosophy on life and business?

One of the keys to success and happiness for me has been the ability to blend business and life together so tightly. I can honestly say what I do has never felt like work to me; it is a passion and something I enjoy doing so much. I feel very lucky to have found that form of utopia, and it gives me the motivation to keep pushing every day. One other factor I discovered from a young age is that true happiness comes from giving and not taking, and I have applied this to my business and personal life decisions always. 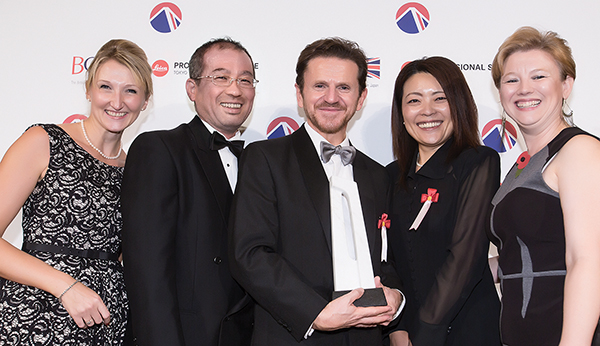 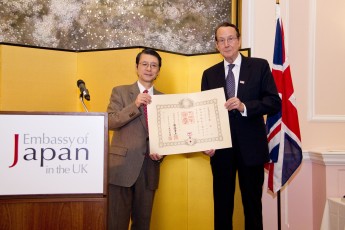 Honorary ambassadors are celebrated for their work to further bilateral relations.