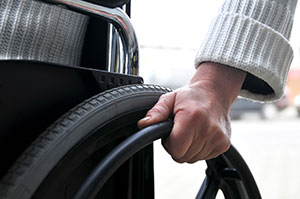 Salespeople are world-class whiners. They are the most creative group among all professionals for coming up with excuses about why they can’t meet their targets. The sales life requires a constant stream of new buyers. Marketing is permanently inhabited with ne’er-do-wells, who are sabotaging the sales department’s efforts with underdone campaigns and inept promotions. When the leads are few and far between, desperate measures are called for and the chief villain of the piece is cold calling. Everyone will assure you that you can’t cold call in Japan.

Salespeople everywhere are delicate blossoms. They get a rocket from their boss about their poor results and try to cold call potential clients on the phone. They get total, irreversible rejection and quit phoning after the third call. There is a variety of cold calling that is even more debilitating, and that is tobikomi eigyo.

You have probably seen some seriously stressed out younger person in the reception hall of your office, hanging around looking totally out of their depth and out of place, getting the bum’s rush from the most lowly person on your firm’s totem pole. That was a tobikomi eigyo salesperson, someone who just drops by unannounced, devoid of an appointment, and is then unceremoniously shown the door.

Invisible sales
Imagine you were so short that the receptionist can’t even see you unless she stands up and peers well over the counter. Or, that the typical unmanned reception phone and organisational chart are at such a height and distance that you can’t even use them. This presumes you can even get into the building in the first place.

Toshiya Kakiuchi was born with a crippling brittle bone disease that confines him to a wheelchair. He applied for jobs, found the going tough, then one day a firm that built websites accepted him as an employee. He expected to be comfortably seated at his desk, building websites in the safe bosom of the office. His boss sent him off to the sales department, saying, “You have to get out there and cold call offices door to door, tobikomi eigyo-style, looking for firms that need a website”.

Seated in his wheelchair, he was only 106cm high and found that most buildings were difficult to access because of vertiginous stairs. His sales comrades were seeing up to 100 firms a day, and he was only seeing five—if he was lucky. Yet, in a short space of time, he became the top salesperson in that company.

After he had given a talk at an Economist Corporate Network event, I asked him how he had managed such sales success. With only a limited number of calls he could make in a day, he had to really make every post a winner. He found a way to turn his disadvantage into an advantage.

We have tobikomi eigyo people coming to our office every month, trying to sell us one thing or another. Like everyone else, we send forth the lowest person in the chain of command to shoo them away (nicely, of course, because we are Dale Carnegie!). Do we remember any of them 30 seconds after they have moved on to the next firm’s reception area? No.

Kakiuchi, though, is definitely memorable, distinct, differentiated. You are not going to forget him turning up to your office. He told me that he had to just keep going back again and again. Eventually, he would get to talk to a decision-maker who could buy. And they did buy.

Stop whining
So, for all those able bodied salespeople out there whining into their suds about how tough sales is, stop it right now—you have nothing to complain about. Kakiuchi found a way through by differentiating himself, by having grit and stick-ability to keep going back, despite being constantly rejected. He was physically weak, but mentally tough.

Today he runs his own company, Mirairo, that researches, designs and consults on the needs of the disabled. He has produced an app called Bmaps that tells the disabled where there are lifts or stairs and other physical barriers on the way to their destination. His book Barrier Value tells the story of how he overcame his challenges. With our ageing population, we will all be needing his firm’s services in the future, as our hips and knees weaken and those stairs come to look like Mount Everest.

So salespeople, don’t complain about cold calling. Read Kakiuchi’s book and reflect on how lucky you are with so many sales opportunities right in front of you.