In many ways, this is a difficult time for those of us who work in the world of international education. Almost by definition, institutions such as the British School in Tokyo (BST)—home to children of more than 60 nationalities—are progressive liberal organisations where diversity and inclusion are celebrated and where the outlook is unashamedly global.

Our mission to help young people to grow up learning what it feels like to stand in the shoes of others runs counter to the silo effect of social media where so many choose to hear only the voices of those who share their opinions. Meanwhile, our values can often seem at odds with some of the strident voices that dominate current political and social debate.

But time and time again, I see cause for optimism. Like their peers around the world, our teenagers make mistakes—of course they do—but when I hear them discussing some of today’s major issues, when I see their willingness to stand up for what they believe is right and to challenge prejudice and ignorance, I know that the next generation is on the right track.

Something special
Let me share some specific examples. Earlier this term I was privileged to hear a small group of 16- and 17-year-olds lead an assembly on sexuality, equality and diversity. Before an audience of their teachers and their peers, they expressed their ideas with mature eloquence and sincerity, and with an air of authenticity that would put many of their elders to shame.

Just a few weeks later, I sat in as four would-be journalists interviewed the England Blind football squad, here in Tokyo to compete in the IBSA Blind Football World Grand Prix as part of their preparations for the Tokyo Paralympic Games in 2020. I was impressed by the way in which they had prepared for the interview, completing the background research and working together to devise a coherent set of questions, although with this particular group that came as no real surprise.

What I did not expect was the level of enga­ge­ment between these talented international sportsmen and those four young students—at the age of 14 they demonstrated empathy and insight far beyond their years. As one of the players said to me afterwards: “That was something special. There were none of the usual daft questions we sometimes get from professional journalists. They seemed to try to understand what it means to live with disability and genuinely wanted to know more”.

My final example links several groups of students from different age groups. Four years ago as part of our 25th anniversary celebrations, we worked in partnership with the United World Schools’ Teach the Unreached programme to build a school in remote rural Cambodia. The BST community came together to ensure that the fund-raising campaign was a success, and the school was duly built. We have since been fortunate enough to be able to work with, and get to know, the people of Dor Village on five unforgettable trips.

The remarkable thing about this project is that, after the initial campaign, all the annual fundraising to give more than 200 children the opportunity to receive the education that should be theirs by right has been student led. Having seen for themselves the gap between the poorest and most privileged, they were determined to make a difference. 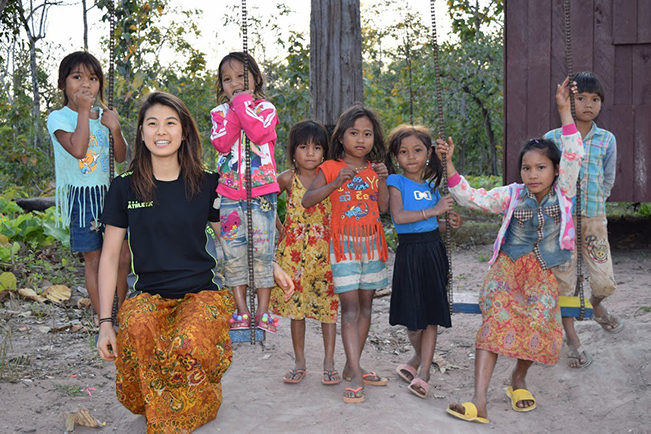 A better world
Good exam results are important, as are all the opportunities in sport, music and the arts, but at the BST, I believe we offer so much more. Here our students have a voice and they know it will be heard—they are caring, thoughtful young men and women, and they want to play their part in making this a better world for everyone. I have every confidence they will do just that.