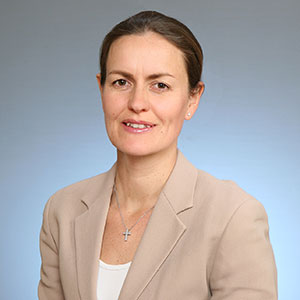 Marianne Black MBE, outgoing chair of trustees at the British School in Tokyo

Across the British community in Tokyo, many people give back to those around them through work for a variety of institutions, be they charities, educational establishments or professional bodies. And often this is in spite of substantial work and family commitments.

A long-term contributor in this regard is Marianne Black MBE, the chair of trustees at the British School in Tokyo (BST) from 2012 until her departure from the city this month. It was for this work that she was recognised in the queen’s 2017 New Year Honours list.

Having moved to Tokyo from Shanghai in 2011, Black wanted to continue her longstanding commitment to voluntary work, but the birth of her third child shortly after arriving in Japan complicated the situation.

“I was desperate to do something, but obviously with three very young children I needed to find something that I could fit around them”, said Black.

Upon seeing the BST’s advert for a trustee, Black felt it “ticked all the boxes”, but she actually suggested her husband apply instead, on the basis that he would be better qualified. But in the end, she went for the post.

“I have prior board experience—I was a trustee, or board member, and chaired a board of an organisation in Shanghai called Lifeline Shanghai, so I have a background in governance”, she explained.

She stepped into the role in October 2011 and, less than a year later, Black had taken up the role of chair of the trustees after a newly appointed chair had to relocate in July.

“I thought about it quite carefully because it’s quite a big responsibility, especially when you have a school in an earthquake zone, and just having had [the Great East Japan Earthquake and Tsunami] the year before gave me quite a lot of food for thought”, Black said.

Head of the table
Black admits that the experience was a learning curve, but that has been one of the things that has made it so enjoyable. It enabled her to greatly expand her knowledge of education, management and governance. She also made a point of praising her board colleagues, who assist the school’s leadership in areas such as law, accountancy, human resources and marketing.

“They’re very committed to the school and have its best interests at heart”, she said.

Over the course of her chairpersonship, Black saw a number of improvements in the work of the board in terms of achieving best practices. This was particularly in terms of the accountability of senior leadership, as well as the board itself, both of which are now subject to regular performance reviews.

“It was a well-managed, professional board when I started, but I think I just brought it to another level”, she said. “One of the initiatives was having a more coherent governance policy, and we developed that.

“Actually it’s being reviewed again as we speak. It needs constant involvement to reflect the work of the board and the relationship of the board with the school. That wasn’t really quite in place before”.

In addition, Black has worked hard to ensure that the board has kept its focus on the bigger picture, rather than involving itself in the minutiae of the school. That extended to the two subcommittees—education and strategy—that Black also chaired. In both roles she oversaw strategies and plans for the school and worked to ensure that there was consistency between the different levels of planning in the school.

“It’s about accountability—ensuring that what the principal and the heads are trying to do for the school fits into the strategy.

“And you have to be very clear that our role is not to get involved in the operations”, Black added. “It’s at a much higher level, though you’ve got to have an understanding of the next level down to ensure it fits with where we’re going, and also our values”.

Trip to the palace
With 2017 already set to be an eventful year for Black, following the decision to leave Tokyo, it became even more memorable after she found out she was due to be awarded an MBE. Although a firm date has not yet been set, the investiture will take place after Black arrives back in the UK following a family adventure around Asia.

“It was just utter shock, it was completely out of the blue”, said Black. “I had a call from [former British Ambassador to Japan] Tim Hitchens’s secretary saying he wanted to call me and to set up a time, and I thought, ‘Why does Tim Hitchens want to speak with me?’

“I thought because his deputy head of mission, Julia Longbottom, sat on our board, and he was very supportive of the school, that was the reason for the call. Because he was leaving I thought, ‘Maybe he just wants to wish me and the school well as he’s saying goodbye’. So I just really did not expect it”.