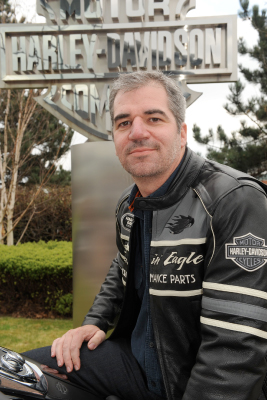 Stuart Farrell: gearing up for Harley-Davidson's 100th anniversary in Japan next year.

The Harley-Davidson brand invokes certain images: a tough, stylish, outdoor US brand. So it comes as a slight surprise to discover that the man charged with heading the firm’s Japan operation is a quietly spoken, somewhat intellectual Briton.

Born in Buckinghamshire, Stuart Farrell studied to be a management accountant and worked first with the British computer firm ICL, which was bought out by Fujitsu in 1998. He then moved to Hitachi Home Electronics. “That sounds very Japanese of course, but it wasn’t. In fact it was a very English experience, albeit under Japanese ownership”.

A job advert for a position with Harley-Davidson then caught his eye. “It wasn’t so much the brand that appealed to me at that time, but the role itself”, said Farrell, who spoke to BCCJ ACUMEN at the firm’s Mita offices.

“My father was a pilot and I’d always had a hankering for travel, which seems to have impacted the way my career developed. I ended up looking after emerging markets, which meant lots of travel to Russia, South Africa, the Middle East and so on”.

It wasn’t long before Farrell was asked if he would take on Japan. He’d visited the country before in the wake of some research the firm had done, and had returned to the UK with a lot of valuable material and some very pleasant memories, so it wasn’t a hard decision to make.

Now is also an interesting time to be heading the Japan operation, since the firm celebrates its 100th anniversary on the ground here in 2013. “That’s a real milestone and we’re currently working out how we will mark it appropriately with our customers”.

In Japan, Harley-Davidson has long been the market leader in its field—large displacement engines of 655cc and above—and that “appears to be on the back of the brand essentials: we’re about individualism and the company appears to have capitalised well on that advantage”. 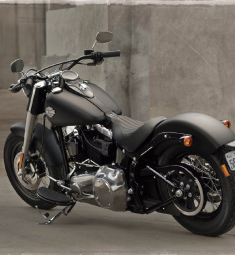 Unlike many foreign businessmen, Farrell spends very little time considering his competitors, be they foreign or domestic. “My personal view is that you shouldn’t be too concerned about the competition. Rather, you should focus strongly on the things that you can control which are, of course, your own brand, the image and everything that goes with it. So I pay a lot of attention to satisfying our customers. The company is focused very much on that”.

In truth, the competition is not exactly fierce in the sector Harley-Davidson dominates. Few other foreign manufacturers come near, “although BMW is very strong globally and Triumph has some good products. The main competition is the domestic makers”.

The firm’s foreign identity is actually to its advantage. “It has to be doesn’t it? We are lifestyle led. The product itself can stand up to anything the competition has to offer, but that isn’t our leader. Our unique selling point is everything that comes with that great product. It’s often said that, with Harley-Davidson, you buy the lifestyle and the bike comes free”. 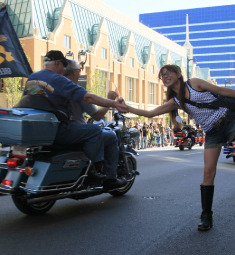 Farrell believes this is because the brand is accessible to everyone. There is about it a sense of camaraderie, he says.
It hints at something slightly rebellious, but it also has something that is exclusive and, at the same time, there is inclusiveness when it comes to ownership. While acknowledging the firm’s dominant position, Farrell is not in the least complacent. “You always have to look for growth. I once had a boss who used to say that if you weren’t striving for growth, you were probably already going backwards on the treadmill. So, yes, my focus is on growth and improvement. I see huge opportunities in Japan around the area of the customer experience which, in general, in Japan is superb and I think that’s an area for us to examine”.

With the fresh eyes of a relative newcomer to Japan and someone impressed by Japan’s legendary customer service culture, Farrell sees another opportunity for Harley-Davidson. “Five to 10 years from now, I’d like to see us being as good as anything else on the high street. Harley as a great retailer, not just a great manufacturer of bikes”.

Today, fewer Japanese are buying motorbikes, but that trend is gradually changing.