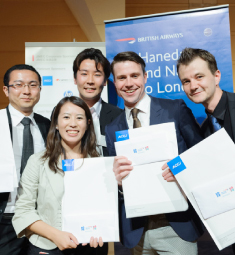 The same philosophy is at the heart of the Japan Market Expansion Competition (JMEC), which on 8 June staged its 18th annual awards ceremony at the Tokyo American Club.

Supported by 16 foreign chambers of commerce in Japan, JMEC is a business plan competition designed to sharpen the skills of up-and-coming executives and entrepreneurs, who are trained and mentored to provide project clients with high-quality business plans tailored for the Japanese market at a fraction of the market price.

Eight teams entered JMEC 18, with the 44 participants drawn from 12 countries as diverse as Kyrgyzstan, Ireland and Venezuela. 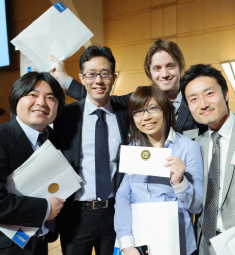 Announcing the winners of this year’s competition, Rike Wootten, president of KK Gotairiku Partners and one of three judges, pointed out that the contest had been particularly close and that the final scores of the top three teams were within 3% of each other, and that the difference between the teams in third and fourth place was less than one-fifth of 1%.

The winners were revealed as Team 1, made up of Stephen Parker, Kei Miyake, Hiromasa Yasuo, Masaki Sato, Karen Mattison and Jason Danielson. Jay Johannesen acted as the team’s consultant, while Andreas Olausson served as mentor to the project.

“I read the JMEC plan and I was very impressed with the way the team laid out the contrast between the potential for failure and the potential for success”, said Brian Norton, president of T-Mark Inc. and the project client for the winning team. “I have been agonising over these issues for five years and now I have some objective analysis and extensive information to move towards some decisions”. 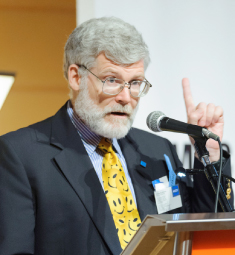 The prizes for the winning teams include Hewlett-Packard laptop computers, return tickets to London with British Airways and a two-night stay at any one of the properties that is a member of the Small Luxury Hotels of the World organisation.

The eight teams spent an average of 1,600 hours developing their plans across a diverse range of industries, providing business plans at a fraction of the cost that outside consultant organisations would charge.

“JMEC 18 was an exciting year as each project came from a different industry, including consumer goods, forestry, financial, IT, market research and aviation”, said Pierre Couret, JMEC programme director.

“Ranging from a market-entry venture, to an NPO and expansion projects for multinational firms, all the endeavours differed in content and objectives, but had one thing in common: the dedication of the teams and the innovation shown in both the written business plan and oral presentations”.

JMEC Executive Committee Chairman Thomas Whitson, said: “I have been a JMEC lecturer for many years, but as the chairman of the Steering Committee I listened to a few of the team presentations to the judges. I thought that the presentations were not only professional and action-oriented, but I was also amazed by their creativity in content and format”.

There have been 892 graduates from the scheme from 54 countries, with 167 business plans written for JMEC project clients.

JMEC 19
Raffle tickets and auction items sold at the event raised ¥684,000 for the JMEC 19 programme, which starts in November, with information seminars held in advance for potential participants. Lectures and workshops will focus on entry and expansion into the Japanese market and business planning, followed by preparation of the business plan.

With guidance from a mentor and a business consultant, each team will develop an effective business plan for a firm operating in the Japanese market. This will include business strategy, marketing, distribution, finance, organisation, human resources and legal issues. The plans will be judged after April next year on the basis of written and oral presentations before the winners are announced in June.

Publish your best Japanese nature photograph on one of the BCCJ social media sites for your chance to win the use of a Land Rover for a weekend. The 19th Japan Market Expansion Competition (JMEC) has produced a new crop of 62 talented and capable businesspeople, with Team Aurora emerging as the overall winner.