The dog days of summer have settled over Tokyo, with the heat and humidity sapping strength and will from even veterans of this climate. It is little wonder that previous generations of expatriates, seeking respite from the elements in those pre-air conditioning days, fled to the mountains and lakes above the historic town of Nikko in Tochigi Prefecture.

The area’s shrines and temples have been designated World Heritage sites by UNESCO, and visitors come to see the Nikko-zan Rinno-ji Temple and the Nikko Toshogu Shrine in particular. The latter features an impressive five-storey pagoda that was first dedicated in 1650, and rebuilt in 1818 after having been destroyed by fire. The always-popular carving of the three wise monkeys can also be found on the Shinkyusha, the stable that houses the shrine’s sacred horses. 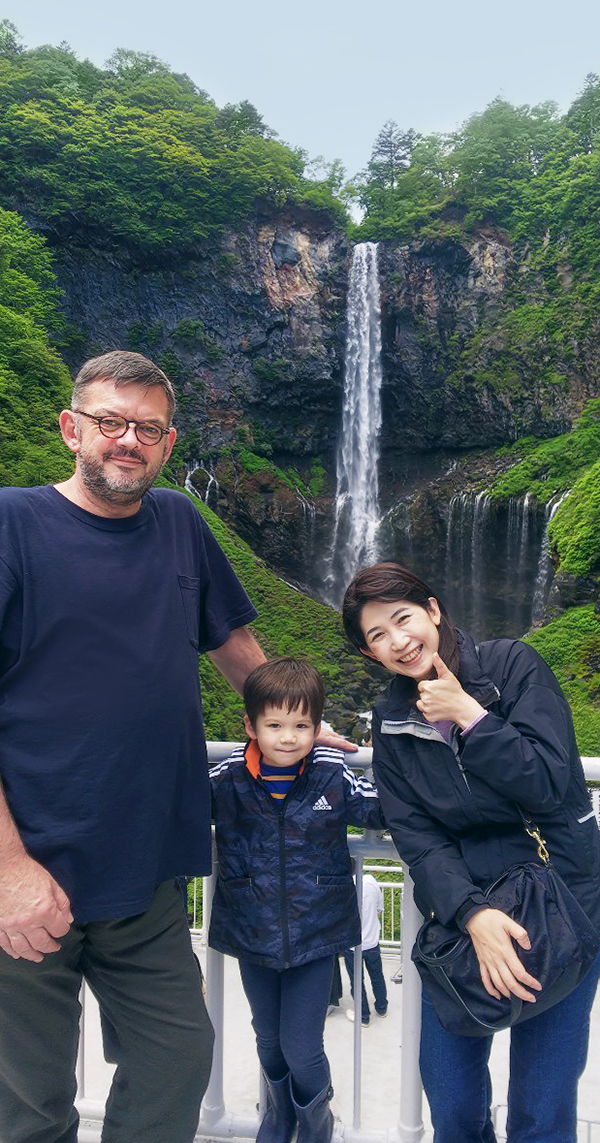 Many people fail to realise, however, that further up the steep and winding hill beyond central Nikko is a completely separate part of the town with its own special charm. Known as Okunikko, this area spreads around the shores of Lake Chuzenji as the steep-sloped Mount Nantai rises above.

In the early years of the Showa period (1926–1989)—a mere 50 years after Japan had finally opened up to the outside world—diplomats stationed in Tokyo discovered Okunikko and had summer retreats built for themselves on the lake’s pebbled shores. The area became popular with Tokyo’s diplomatic corps, and it was widely held that foreign nations’ diplomacy with Japan was conducted here throughout the summer months.

Sir Ernest Satow, a British diplomat who served in Tokyo from 1862 to 1883, first visited Okunikko in 1872 and imme­diately fell in love. He later wrote a guide­­book to Nikko and, in 1896, his villa on the shores of the lake was completed, beginning the trend of spending summers amidst these mountains. The villa was subsequently passed on to the British Embassy Tokyo and used by count­less diplomats until it was handed over to the local government in 2008.

The property has since been renovated and turned into a museum about Sir Ernest and the British diplomatic community. Upstairs, the full length of the building opens to incredible views of the lake. Fittingly, the small restaurant serves tea and scones.

A short stroll further along the shore is the Italian Embassy Villa, which has also been restored and turned into a museum. From the three upstairs bedrooms can be seen the lake and a wooden jetty, where in the past ambassadors would moor their yachts. The downstairs has an elegant dining room, living room and study with a stone chimney.

On the opposite side of the lake is a wooden building constructed partly over the water. It was completed in 1947 for the US occupa­tion authorities. Modelled on similar properties in the US, the Lake Chuzenji Boat House was immensely popular with the local boating fraternity. Today, it is operated by the nearby Chuzenji Kanaya Hotel, which can arrange receptions and events on its spacious decks.

As the fame of Okunikko grew, other famous visitors to Japan insisted on paying a visit.

The pioneering English writer Isabelle Bird (1831–1904) tramped through Nikko in 1878 on her way to the wild north of the country and recorded her positive impressions in the famous travel tome Unbeaten Tracks in Japan.

Bird stayed at the venerable Kanaya Hotel, which still greets guests with old-fashioned grace and has hosted architect Frank Lloyd Wright, author Natsume Soseki, American aviator Charles Lindbergh and, more recently, Britain’s Princess Anne and US golfer Jack Nicklaus. In 1922, Albert Einstein was a guest when he received a cable to inform him that he had been awarded the Nobel Prize in Physics.

The Chuzenji Kanaya Hotel is the sister property to the Kanaya Hotel and is situated amidst old-growth cedars at the foot of Mount Nantai, just yards from the edge of Lake Chuzenji.

The rooms are spacious and have balconies from which the lake can be spied through the trees. There is a snug, wood-panelled bar and a huge fireplace in the lounge–lobby area that must throw out an impressive heat in the winter months. And don’t miss the open-air onsen filled with hot milky-white water from the hotel’s own hot spring.

Not far away, work is nearly complete on what will be The Ritz Carlton Nikko, scheduled to open its doors in the summer of 2020. Each of the 94 rooms will have views of the lake and the mountain, with the entire complex designed to mesh with the natural landscape.

The 97m Kegon Falls is the biggest attraction in this part of the town and is where the water from the lake plummets into the valley to begin its journey through Nikko to the ocean. A number of pleasure boats criss-cross the lake in the summer season, when there are pedal boats and canoes that can also be taken out by visitors.

The region is also renowned for its hiking paths, which allow for a complete 25km circum­naviga­tion of the lake. Another trail leads the energetic visitor to the 2,486m peak of Mount Nantai. The uphill leg takes about four hours. Other routes pass by the far less frequently visited Lake Sainoko and through the protected Senjogahara moorland.

Getting to Okunikko in Sir Ernest’s time would have been a long—and probably rather uncomfortable—journey, but that is no longer the case thanks to Tobu Railway Co., Ltd. The firm operates the Limited Express Spacia train, which takes 110 minutes to travel between Tokyo and Tobu Nikko Station, where a shuttle bus can deliver guests to either of the Kanaya hotels.

And for anyone who wants to make the attrac­tive journey that little bit more special, reserve one of the private four-seat compartments and watch the urban sprawl of the capital give way to the green and mountainous Tochigi countryside.

Thanks to its proximity and easy access with Tokyo, as well as high-quality accommo­da­tion, dining and entertainment options, Nikko is also emerging as a preferred spot for meetings, incentives, conferences and exhibitions (MICE).

“The Lake Chuzenji Boat House can be used as a unique venue for dinner parties or receptions for MICE groups, while the British Embassy villa can be used outside regular hours for groups,” said Hiroko Kawamura, supervisor of Tobu Railway’s corporate planning division.

Hotels in the area are also geared up to meet the needs of MICE groups, including being able to cater to corporate gatherings. The Ritz Carlton Nikko will enhance these accommodation and dining options when it opens next year.

Kawamura also believes that the easy journey from the hustle and bustle of Tokyo to the peace and quiet of Nikko gives it added appeal to busy execu­tives and their families, who can catch a train from Asakusa Station on a Friday evening and escape for two days of utter tranquillity.

“I also strongly recommend Nikko as a place to visit for people who are in Japan to attend the Rugby World Cup or the Tokyo Olympic and Paralympic Games next year,” she said. “It has so much history and culture to experience, while also providing a very different image of Japan than they will see in the big cities”.

In addition, she points out, autumn comes slightly earlier to Nikko than other parts of the Kanto region, thanks to its elevation, so the mountains will have started to take on their seasonal shades by the time the first rugby ball is kicked on 20 September.