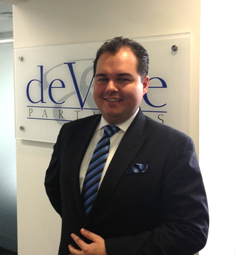 Tony Evans is area manager for the deVere Group Japan.

In 2007, the world suffered the largest financial meltdown of our generation. While this was a key catalyst in today’s pension crisis, it is not the sole issue.

Coupled with a rise in life expectancy, the crisis has created a major problem for everyone (of British or other nationality) with a UK pension who is expecting to receive an income while in retirement.

In 1948, the retirement age in the UK was set at 65, to provide financial support in the final year or two of life—the average life expectancy for a male then being 66.8 years.

Today, however, the average life expectancy is in the eighties and rising!

Pensions were designed to fund retirements that were short, not lasting 20 or 30 years. As people’s life expectancy has risen, so have their expectations for an early and long retirement: in some cases, 30 years of work followed by 30 years of retirement.

Some 80% of UK firms’ pension schemes today are in serious deficit; they do not have the financial assets to meet their liabilities.

Thus the amount of pension income received in retirement could be significantly less than expected. Ten people for tea, only six sandwiches on the plate …

A guarantee is only as good as the person or organisation making it. Former US president Benjamin Franklin once said: “In this world nothing can be said to be certain, except death and taxes”.

The UK has 7,800 pension schemes, of which 1,184 have gone bust due to the failure of the firm or unsustainable funding ratios.

On average, 15 schemes per month are entering the Pension Protection Fund (PPF) and, at this rate, 25% of all final salary schemes will be transferred to the PPF within the next seven years.

The PPF—a statutory fund run by a statutory corporation—has neither government guarantees nor funding. The fund’s objective—to pay compensation to defined benefit (DB) pension scheme members when their employers go bust and cannot afford to pay what they promised—is to be commended.

Once a defined benefit scheme enters PPF assessment, the opportunity for members to transfer is gone. But won’t the value of your pension recover, you may ask? Very unlikely.

Some 60% of UK pension scheme money is invested in government bonds, not equities; thus there is little growth.
It is a myth that final salary schemes are guaranteed. They are not.

The DB pension scheme liabilities of British Airways, for example, are five times the value of the firm.

Many schemes are unsustainable and represent a serious risk to firms’ survival.

So, what should you do?

If you have a frozen (DB) final salary scheme, there has never been a better time to transfer into a Qualified Recognised Overseas Pension Scheme (QROPS). Why? Transfer values are 80% higher today than they were six years ago.

Why the increase in QROPS? People are frustrated because Chancellor of the Exchequer George Osborne has moved the goalposts on pension benefits, the retirement age and contributions.

When there is confusion, people don’t do anything. People want some certainty. In Japan, people have seen the GBP/JPY exchange rate go from 240 to 140—cutting their incomes in half.

What can you do? Sit down and review your current situation, including the pension itself and the scheme.

In my position as area manager of deVere Group Japan, I have seen an increase in individuals who are fearful of the current UK pension crisis—with good reason. But there is an unprecedented window of opportunity available to eligible DB scheme members today that may not be there tomorrow.

Due to the complex and convoluted nature of pensions and pension transfers, the deVere Group have commissioned an independent actuary to prepare a report, for interested individuals, that is very simple to initiate.