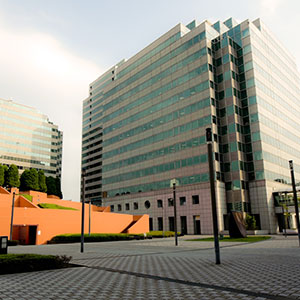 In the 1990s, the Export to Japan Unit (EJU) in the trade arm of British Trade International—forerunner to UK Trade & Investment—was very active in organising and promoting trade missions to Japan.

While some were sector-specific, focusing on fashion, electronics, software and so on, others crossed sectors. Often, they were run jointly with one of the major chambers of commerce and industry.

It was an extremely active programme; participation was generally high. What began to puzzle the organisers, therefore, was the reason so few of those who took part—however successful they were on their missions—chose to enter Japan. This was the case, even if it was thought the firm would have a strong chance of success in the market.

As a result, the EJU began polling mission participants about their decision. The vast majority cited extremely high start-up costs as the number one obstacle. But a more complex pattern also began to emerge. Costs aside, setting up in Japan was seen as too complicated by far.

The primary issue was the language barrier; the secondary one was a raft of perceived barriers to doing business. It was clear that a number of UK firms with potential to run a successful operation in Japan were missing out because of these stumbling blocks. So, what could be done?

The EJU, the commercial section of the British Embassy Tokyo, and the British Chamber of Commerce in Japan (BCCJ) chose to address this issue. What was needed was a one-stop shop: somewhere for interested firms to get the information they felt they needed to take the next step and enter Japan. This was the origin of what was to become the British Industry Centre (BIC).

The British government was hugely supportive of the effort, appointing one of the export promoters in the then-Department of Trade and Industry to the role of promoting it.

The turning point came when the BIC committee was introduced by the City of Yokohama (a keen supporter of the project) to Nomura Real Estate Development Co., Ltd. Nomura own and operate the prestigious Yokohama Business Park in the city’s Hodogaya Ward and they proposed making available to the BCCJ the 11th floor of the West Tower.

What was especially enticing was the fact that Nomura were not insisting that the BCCJ rent the space and then sublet it; rather tenants would contract directly with Nomura for the space they occupied. Further, the rents were substantially below commercial levels and there were to be grants and subsidies available from the City of Yokohama.

The BCCJ’s role would be to run and market the centre and provide an office staffed by two bilingual administrators who could attend to the tenants’ needs. These included answering the telephone on behalf of the tenant. The spaces were of varying sizes, being tailored to tenants’ needs on signing a contract.

BIC took in its first tenant—RS Components Ltd.—in 1997. The following January, the centre was formally opened by Tony Blair, then-British prime minister, in a ceremony attended by the British ambassador to Japan, the mayor of Yokohama and the president of Nomura Real Estate.

One of the early tenants was BCCJ Executive Committee Member Steve Crane, at that time running a start up called Teamstudio Japan K.K.

“The BIC gave me confidence as a new market entrant—the strong connection with the BCCJ, contracts in English, knowing the terms had been negotiated in advance”, Crane said, adding that it gave him networking opportunities. “It provided a chance to wander to the next door offices, knowing the person sitting there would be a familiar, friendly face who would be a good sounding board for any advice or questions I might have about building my business in Japan. The shared administration function was so valuable to me as a new market entrant, building a start-up company in Japan”.

According to Crane, it was “the perfect start point for my business in Japan. We started selling to customers within eight weeks of arriving”.

So positive was the experience that he went on to set up Business Link Japan K.K., a business to help firms enter and expand in Japan that is closely modelled on the BIC concept.

Meanwhile, BIC is, sadly—to all intents and purposes—defunct. According to Nomura Real Estate, there is but one tenant left in the centre.